As you may have noticed, the media is having a field day combing through the life, times and activities of Democratic presidential candidate Hillary Clinton. There are suggestions that foreign governments donated money to the Clinton Foundation in hopes of gaining access to the friends and allies of Clan Clinton. And let’s not forget about those missing emails, the private server, the tall tales of dodging bullets in the Balkans, the suggestions of negligence if not outright treason during the assault on Benghazi, and the missing law records that turned up one day in the White House back in the day.

And by the way—all these have passed and still nobody has really explained how Vince Foster wound up dead in Fort Marcy Park in 1993.

Media outlets from The New York Times to Fox News have been recycling, rehashing and reiterating stories about Ms. Clinton’s faults and foibles during her quarter-century in the national spotlight. To some extent, this is to be expected. Ms. Clinton is all but certain to be the Democratic Party’s presidential candidate next year. Scrutiny is required.

But the level of outrage directed at the former senator and secretary of state is completely out of proportion. Missing is a sense of perspective, a realization that Ms. Clinton has been around politics for a long time. She has made big decisions. She has mingled with the wealthy and the powerful. She is a striver, a doer. She has experience at the very highest levels of world affairs.

Has she made mistakes? Absolutely. But she has made mistakes because she has been unafraid to enter and compete in the arena, to use Theodore Roosevelt’s metaphor for public service.

Hillary Clinton may or may not be the best candidate to succeed Barack Obama in next November’s election. That remains to be seen. But what is absolutely inarguable is that she has become a target for criticism not because she is a woman but because she has been a prominent figure in national and global affairs since her husband’s election as president in 1992. She was an activist first lady, an able United States senator, and a highly respected secretary of state. She has been one of the dominant political figures of her generation.

By contrast, consider the career of the man who defeated her for the Democratic Party’s presidential nomination in 2008. Barack Obama was an obscure state senator in Illinois in 2004 when he gave a stirring speech at that year’s Democratic National Convention. Nothing about his life and nothing in his relatively achievement-free career suggested that he was ready for prime time.

But he had made no mistakes. He was involved in few if any controversies, literally voting “present” instead of up or down on dozens of controversial issues. He was unknown and untested. The Democratic rank and file, with help from portions of the media, chose a blank slate over a complex, text-heavy narrative.

And look what happened.

As we prepare for a post-Obama presidency, in a world that has become far more dangerous than it was when he entered the White House, we have to understand that strong candidates with records of achievement have, inevitably, made mistakes. To expect otherwise is to demand the impossible.

Hillary Clinton is not the only high achiever seeking the presidency, but she has the highest profile, and she attracts the strongest criticism.

What we need to keep in mind, however, is that anybody who amasses a record deserving of presidential consideration has made mistakes. They’ve hired less-than-competent staff. They’ve posed for a photo-up with unsavory people. They’ve accepted campaign contributions from entities with an interest in government decisions and contracts.

Hillary Clinton is an unapologetic political professional in an age of profound disillusionment with politics. The alienation is understandable—the political system appears to be broken, government is dysfunctional and all the while, the nation’s place in the world appears to be diminishing.

But do we really believe that somehow unproven amateurs with spotless records and blank resumes can cure what ails us? The nation cannot afford such childlike innocence, not when our enemies are ready to exploit our weaknesses.

Hillary Clinton has made her share of mistakes. We know about them because she is a high achiever who lives her life on the global stage. Those who would prefer another cipher in the White House need to grow up. 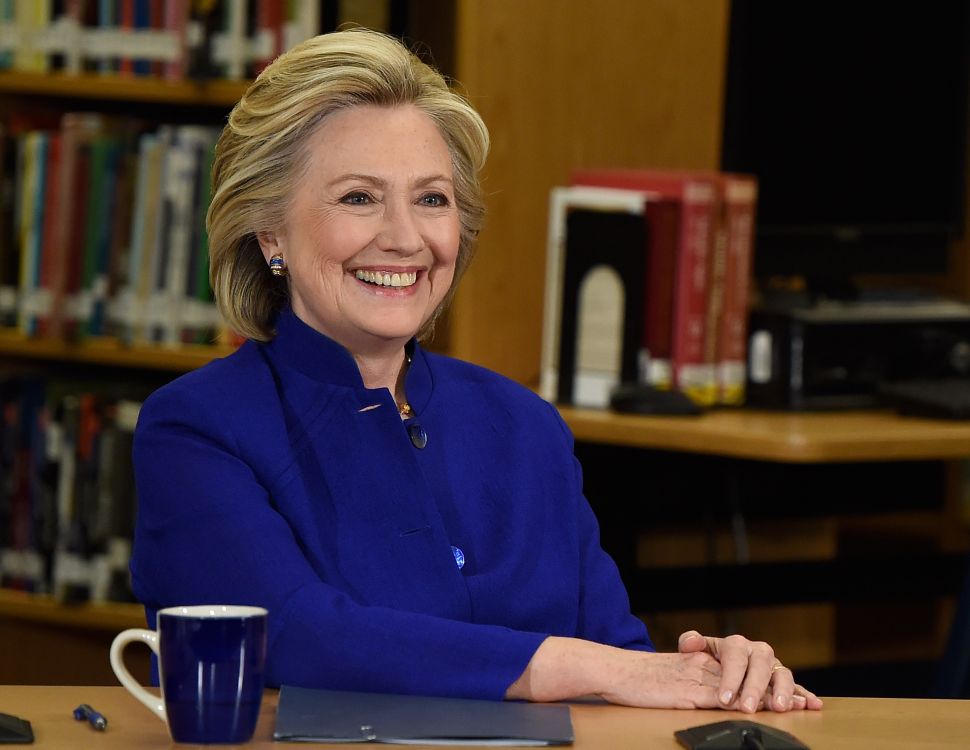