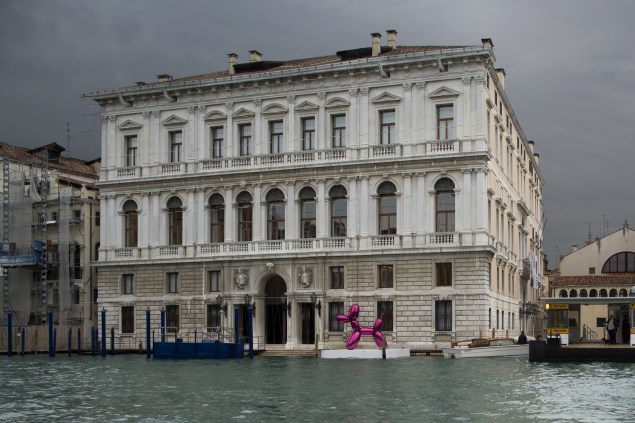 Venice’s Palazzo Grazie in years past, a floating Jeff Koons in tow.

If there was such a thing as insider information in the art market (and really, who says there is not?) the traders in the pit would be whispering “Martial Raysse.”

The Pinault Foundation in Venice aka the Palazzo Grazie, is hosting a show of Raysse work during the opening of the Venice Biennale. The exhibition is sure to be seen by the thousands of deep-pocketed grand tour lemmings attending, or headed to (as we are), the Italian art party.

Past Pinault shows set off buying sprees and auction-price climbs for artists or bodies of work from Rudolf Stingel to Pablo Picasso’s post World War-II period.

Francois Pinault is not only an exceptional art collector, he owns Christie’s auction house, and as such has a outsize impact, to say the least, on trends in the art world. Mostly, the collector is a Contemporary classicist — A 2006 show of 200+ works from his collection revealed concentrations in Damien Hirst, Cindy Sherman, Jeff Koons, Bruce Naumann and Robert Ryman, among others. 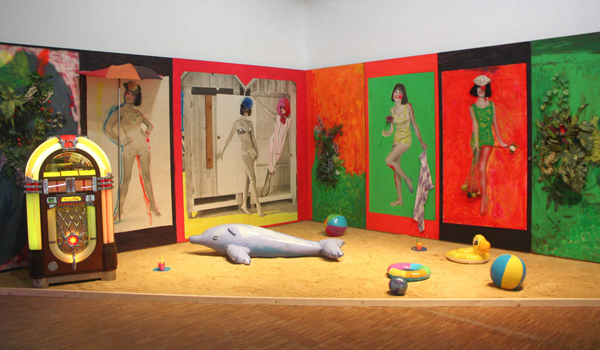 So who is Raysse? While you might expect a hot-for-the-moment emerging artist, Raysse is actually 79 and already holds the record for the highest price paid for a work by a living French artist. Nonetheless, his powerhouse Pop-meets-Fauve almost psychedelic style is virtually unknown here, despite a Centre Pompidou retrospective in 2014. Which had followed a small, little-noticed 2013 show at the plugged-in Upper East Side Gallery of Luxembourg and Dayan.

So, the artist is far from undiscovered but prices for his work lag those of the top artists of his era, “normally” now eight figures. To the set currently sipping Bellini’s at Harry’s, that’s a gilt-edged invitation. 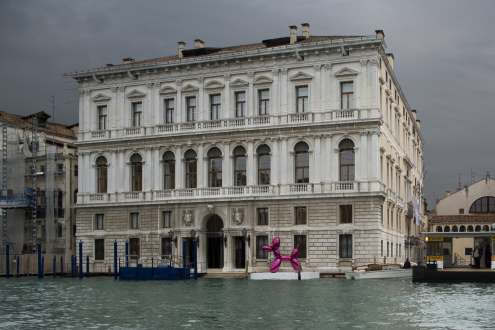