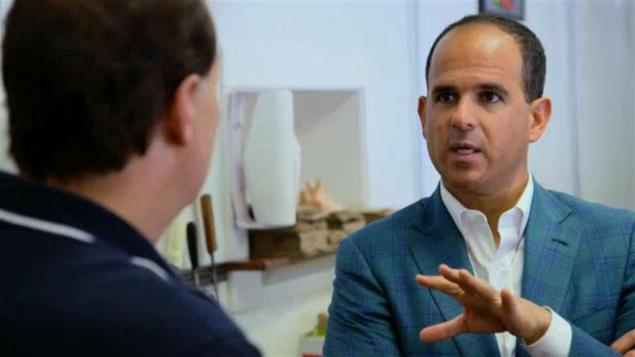 When CNBC decided that they wanted to do a show about the realities of running a small business, they reached out to a man who was already had a passion for helping the little guy.

Marcus Lemonis may own a mega-company in his highly successful RV business, Camping World, but his fondness for working with homegrown businesses piqued the interest of those in the television world. But, Lemonis wasn’t so sure that this was the route to go. “I’ve never been a really big fan of reality TV,” he admits. “But when I heard that this was something that CNBC wanted to do, I realized that they weren’t just going to slap some paint around or rearrange some furniture on these businesses because they’re not into making fake TV. They were looking to have a real, raw, full disclosure type of show that reveals exactly what happens when people are running a small business. They assured me that they were committed to showing everything no matter how good or bad things turned out. Once we established those ground rules, I knew I wanted to do this.”

Thus was born The Profit. In each episode, Lemonis puts his own money on the line by investing in small businesses, most of which are on the brink of self-destruction. But, he doesn’t just infuse these companies with cash, he works with the management team of each enterprise to save the business and, hopefully, make a profit.

Things rarely go smoothly, but Lemonis is pragmatic about why. “There a lot of times when people want me there but they don’t want to listen to what I have to say and I can understand why really. They need the help, but they don’t want some smart ass guy just coming in and telling them how they’re doing things wrong. Nobody wants that. But, then they realize that I have a lot of respect for what they’re trying to do. They opened a business and they’re trying to make it work and that’s what I’m there for. It takes a lot of guts to start a business and then it takes even more courage to say, ‘hey I need help here.’

One the businesses that Lemonis will work with this season on The Profit is Standard Burger, located in Staten Island, New York. Joe Tranchina, one of the founders and owners of Standard Burger, admits that he and Lemonis certainly clashed when they first started working together. “Yeah, Marcus and I had a lot of what I would call ‘healthy back and forth.’  He’s a take-charge kind of guy and we had a difference of opinion on a lot of things, and all of that is on-camera.”

Tranchina explains that he and his co-owners reached out to Lemonis when they felt their business had reached a point of no return. “We were wanted to bring Standard Burger to the masses, but we had a hard time after Hurricane Sandy.  Our customer base had diminished and we saw our dream slipping way. Seeing what Marcus had done for other businesses, we thought, ‘this guy cares,’ and we knew that he didn’t just jump into business with anyone, that he really had to believe in the business to sign on. And, although he invests his own money in businesses like ours it wasn’t just about the money, it was that we knew we really needed his expertise as well. So we were really happy when we told him our story and he agreed to partner up with us.”

While Lemonis works with several businesses this season on The Profit, he points to the installment featuring Standard Burger as one of his favorites. “That was intense and exhausting one for sure” he admits. “These five friends started this business and it fell completely off the rails, not just the business but the friendships as well. This was a business that became totally broken. It was a tough enterprise to fix because it wasn’t just about the professional part of it but there were all of these personal relationships to deal with as well. That was probably my biggest human challenge so far in the series.”

Tranchina had some reservations about showing everything that was happening within his company to a television audience. “For me having those cameras follow what we were doing was one of the biggest things that I wasn’t sure about. I wasn’t used to being emotional in front of people and releasing my private information was hard. I wasn’t really all that ecstatic that my financial woes are out there for the world to see either, but all of became necessary for the show. Having said that, it’s wasn’t hard to just be myself because this isn’t a big production, there’s no preparation to speak of, it’s just you in your element with Marcus coming in to help.”

Was Lemonis successful in helping Standard Burger and its owners get back on their feet? Lemonis wouldn’t give that away, only saying. “You’ll have to tune in to find out about that, but I guarantee, it’ll be worth your time.”

He did give away some hints about other business he’ll be working with on upcoming installments of The Profit.

“Some of the episodes that are coming up are some of my favorites because the businesses are so different from each other.  I’m working with a drum manufacturer, and I have to be clear here that I have no idea how to play drums, but now I have a new appreciation for drums. Then I worked with a cupcake business, which is odd because I already own Crumbs, which is a successful cupcake company, but I was fascinated by this guy who has a different take on sweets. That was really a fun episode. We have a furniture manufacturer in Miami, that’s being run by three generations of Cubans. That one was interesting in a lot of ways. Then we have one company that I can’t tell you where it is, but I can say that this one really takes the cake terms of crazy. Literally, this one takes first place in the crazy area. It didn’t work out at all like I thought it was going to, but let me tell you, you’ll be really drawn in as you watch how all of it unfolds.”

In the end, no matter what business he’s working with, Lemonis wants people to remember one important thing about him. “I really want people to understand that I really do believe in what I’m doing and I’m really motivated by the fact that people are learning something – people who are involved in these businesses and people who are watching at home. And, on the personal side, I’m learning too. I’ve really learned that I have to be willing to take chances with people and their businesses. It doesn’t always work out, but it’s ok to fail. That’s something we all need to be comfortable with. Failure is ok, not trying is not ok. We really need to think about ultimate success more in terms of effort than anything else. If someone gives their all at something, whether that venture succeeds or fails, they shouldn’t be judged.  I think if everyone adopted this way of thinking then more people would be willing to try new things and we’d all be better off.”

The Profit airs Tuesdays at 10e/p on CNBC. 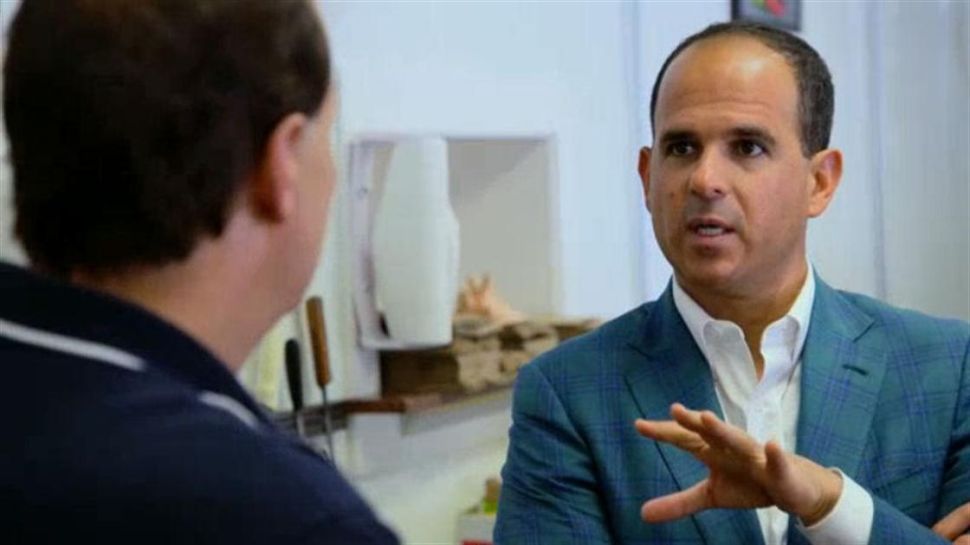