My laptop died on the flight home from Los Angeles to New York. Of course I was on the one carrier that has TV screens on the backs of every seats but no outlets. As I put my computer away and resigned myself to whatever TV programming was being offered, I had no idea what i wanted to watch. I basically did that thing where you spin a globe and see where your finger lands. Mine landed on a touchscreen icon for  a show called House M.D, and the next three months of my life were immediately changed.

Unlike almost every TV-owning individual alive during the years 2004 – 2012, I had never seen House. I was vaguely familiar with it — the one with the grumpy yet genius doctor — but I was not a fan of hospitals or shows about hospitals. I missed out on E.R. I had to stop watching Grey’s Anatomy in 2005 because it was too emotionally devastating (yes, the bomb episode) and I wasn’t even THAT into Scrubs, despite my gravitating towards all things comedy.

There were only two episodes of House available on the plane’s in-flight entertainment system. It could have stopped there. But when I got home, despite it being midnight and having just got off a 6-hour flight, I immediately turned to Netflix and discovered there were eight seasons of episodes to watch. It was then that I let out a big sigh. I was going to watch all 177 of them.

Binge-watching shows online is practically a national pastime by now, but like all good things, it must be done in moderation. Like on Sundays. Or when you’re sick. Not, say, during a weekday when you’re fully employed and watch so many episodes in a row that one side of your memory foam mattress develops a Homer Simpson-level groove where you’ve been sitting.

For me, the prerequisites for a next-level binge-watch were all there: I had recently broken up with my boyfriend, work-from-home capability, no roommate, and it was a long, dark winter which included about a snowstorm per week. I have a monitor for my laptop right across from my bed and a cordless mouse so I don’t have to keep getting up to hit “Continue playing.” Food? Grubhub. Friends? Gchat. It got me through the winter like a hibernating bear.

There are 177 episodes of House, roughly 124 hours in total. I spent more than a week of my life watching it for over two months. Not surprisingly, there weren’t many people to talk to about my new obsession, considering I was about 5-10 years late to the party. I had no one to talk to about the end of Season 3, when House’s OG team all quit or get fired, and the rotating cast of “New girls” who would fill seasons four through eight. I couldn’t tweet my shock at Kutner’s abrupt departure from the show in Season 5, when they find him (spoiler alert — come on, you had time) dead from suicide in his apartment (side note: this was also around the time that Kal Penn started working for the Obama administration, so maybe it shouldn’t have been THAT shocking). I had no one to ask if I should keep watching despite the bizarre last two seasons, including mental hospital and prison arcs. I found myself journaling while watching. I wrote down the quote, “Nothing is ever over” followed by “Ugh this show,” on a take-out napkin.

Each episode of House compels you to watch the entire 42 minutes. Like the aforementioned Law & Order or Six Feet Under, you know each vignette is going to end with a call to 911 followed by an infectious theme song. Even better, the fake out opening, where it seems like one person is going to be the patient and then it’s someone else you weren’t expecting. The show is delightfully predictable, yet each episode has its own puzzle to solve. Watching it years after it aired comes with the added challenge of identifying the now-famous guest stars, like the guy who plays Olivia Pope’s dad on Scandal or Elle Fanning.

In one episode, House jokes, “Nobody cares about the medicine.” I would say that is the least compelling part of the show, but then I found myself watching it with the subtitles on so I could read all the medical terms: Scleredema. Hodgkin’s Disease. Cushing’s. Whipple’s. Tachycardia. Sarcoidosis. The repetative dialogue became a part of my vocabulary: “What’s the differential?” “Do an LP.” “It’s NOT Lupus!”
[youtube https://www.youtube.com/watch?v=bueW1i9kQao]
But the clinical nature of the show isn’t what pulled me in. It was the bitter ironies. The Aesop-level cautionary tales. Stories guilt and regret. People reaching the point of no return. The irrefutable truth that “Everybody lies.” I cried during the most melodramatic scenes, and I liked it. The release is addicting. I don’t have to cry about my own problems when I can cry over a father who accidentally killed his son with radiation poisoning by giving him a sentimental keychain. A KEYCHAIN. I lost count of how many times we find out that the person closest to the patient is the one killing them.

Watching it became like an OCD chore, repetitive and satisfying. All the West Wing-esque walking and talking makes you feel like the plot (and your life) is moving forward. Someone always bets against Dr. House but they never win. Only roughly eight patients actually die, so the success rates give you hope. At the end of each episode, you know there will be catharsis.

It wasn’t until a Season 5 episode in which a patient had agoraphobia that I started to realize how much of a shut-in I had become. During the same season, I heard House remark that Cameron and Chase had been together for 5 years. But to me, they had just gotten together a couple weeks ago. It made me feel like I was time traveling. When you watch TV on a normal, broadcast schedule, you tie attach real-life memories to the events of the show. You remember where you were when you watched Jim and Pam get married on The Office, who you were dating and where you were at in life. I had nothing to tie to these experiences except what plans I was canceling to watch more House.

Another side-effect was more predictable: Hypochondria. I diagnosed myself with a cold in March. It went away, but then the symptoms returned. Was it really a cold? Allergies? Or was I in the developmental stages of Meningitis? Let’s just say, I made more visits to my local urgent care for a sinus infection than I would care to admit. I had a debate with the doctor about treating with antibiotics vs. not. I questioned him about the merits of prednisone — a name dropped on House far too many times for me not to notice — and followed up with my pharmacist to get a second opinion.

And then there’s cancer. Who doesn’t fear cancer? If you watch enough House, you become convinced that it’s the inevitable end to us all. Not even Wilson is immune. One afternoon in April, I pressed pause on an episode of to head over to my alma mater. They were having a memorial service for one of my favorite English professors who died of cancer last year. When I got home, I resumed the episode and kept watching right where I left off.

By season eight, I started savoring it. I didn’t watch as many episodes in a row so I could stretch it out for as long as possible. I felt weird about the show ending, like I was losing a close friend, which was conflicting considering that the final season was my least favorite. The lack of Dr. Cuddy, all the soap opera-level drama with Taub’s family and that episode where Charlene Yi drops acid truly jumped the shark. The series finale, in which House gets his Huck Finn-style funeral and he and Wilson motorcycle off into the sunset together, gave me pause. At the end of the episode we hear Amber (RIP) singing a haunting tune:  “Enjoy yourself, It’s later than you think.”

At that moment, I realized just how much time I had spent alone, indoors, watching this show. And it was Spring now. New York was having one of its approximately 2 months per year where the weather is perfect. I felt a responsibility to recover from this gluttonous behavior, like you do after a particularly indulgent Sunday. It was time to move on.

In March I returned to L.A. on the same airline. This time my computer had a full charge. My iPhone too. But as soon as we were in the air, I checked to see if House was on the in-flight menu. It was. The same two episodes as before. Do I even need to tell you that I watched them both? 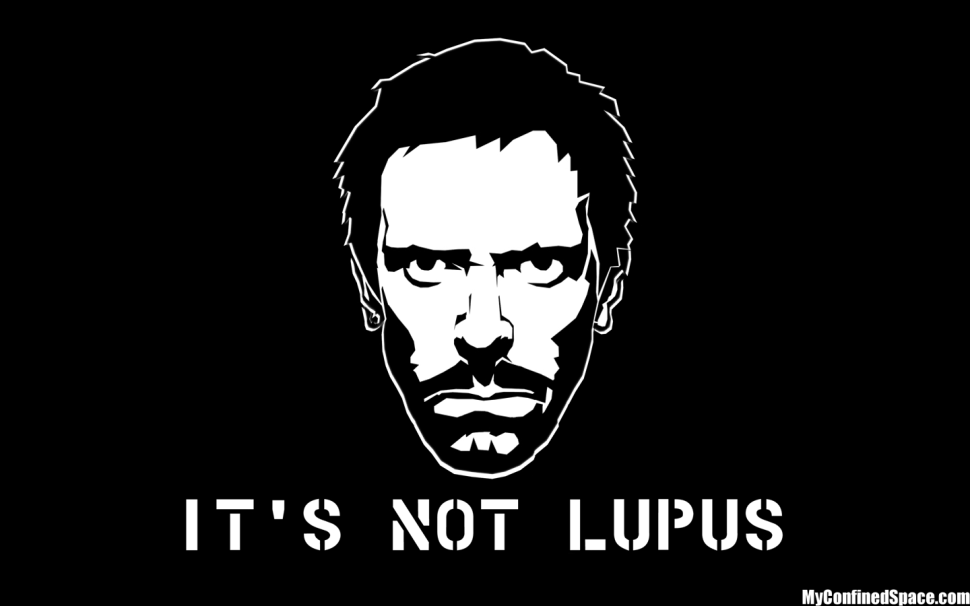