As Mad Men comes to a close, I’ve been thinking about the dawn of my career. I went into advertising just as Don Draper and his cronies are making their exit. I know the series sometimes paints a dark picture of the era (or, as a young friend of mine asked, “Why doesn’t Don just kill himself already?”), but I miss some of those highs and more highs we had at agencies back in the day.

How I got my start: I was set to go to NYU Law School, where my parents had gone, and that’s probably why I, despite a C average in college, got in. But secretly I craved more. I dreamed of being Holly Golightly with her little black dresses and long cigarette holder. I’m a believer in glamour. I’d been drinking frosty daiquiris at the bar of the Four Seasons Restaurant for many years. They didn’t ask for proof of age then. I didn’t know how to access that kind of world, but instead of looking in, I wanted in.

I was also engaged to a young man named Alan Kupchick. I had met him when I was at The High School of Performing Arts, being very arty, and now he was a Pratt graduate who would later become president of Grey Advertising. Since I thought a future “little woman” should learn about her husband’s career, I took a class at the School of Visual Arts with ad-world legend Frankie Cadwell. I soaked up her smarts and loved every single assignment she handed out. I even waited outside the school in my Mark IX Jaguar (another story) and drove her home after class. She praised my copywriting and recommended me to a small fashion agency, Salit & Garlanda. I floated into my interview, in a brown linen dress, an enormous straw hat and a cigarette holder in mouth. I guess because I looked the part, they offered me the job of copy chief—it sounded so important, though I later found out I was the only copywriter. Chief of absolutely no one.

The office was in the Chrysler building–architecture is always important in life choices—and I signed on for $85 a week. Everything seemed so fabulous (except my mother’s reaction to the news that I would eschew law school). Now I was just like Audrey Hepburn. I continued drinking at the Four Seasons, only now it was martinis and I could (kind of) pay my own check.

I loved agency life—meetings where clients screamed at the owners, long lunches, and many evenings at award shows, which necessitated buying fabulous clothing. Flowery, shimmery Halston pants and tunics with matching scarfs around my Sassoon asymmetrical hair. I was smoking up a storm, spending weekends on Fire Island or in the Hamptons, dancing literally till dawn.

It was, just like on Mad Men, the era of three-martini lunches–I loved those. Sometimes they drifted into Happy Hour and sometimes lingered so late into the night that we ended with liquid dessert Grasshoppers: 1 part crème de menthe (green), 1 part crème de cacao (white), and 1 part fresh cream–shaken with ice, then strained. Opaque and green and very grossly 70s.

Our metabolisms were very young then, but I still believe alcohol is a creative catalyst. I don’t know why drinking has fallen so out of favor with office life. Maybe not at lunchtime; I get that. But once it’s 5 PM at my company, you’ll see a beauteous bar cart roll out and super-staffers bonding over everything from beers, light, dark and crafty, to my favorite–Luxardo cherries swimming around in Jack Daniels Honey Bourbon Manhattans. Alcohol lubricates the creative part of the brain and releases the spirit (no pun)–so unless someone has a problem with alcohol (I have a problem with no alcohol), they should use it as it was meant to be used…consider Ernest Hemmingway, Winston Churchill or Oscar Wilde. They all knew how to get more work done due to drinks in hand.

Way beyond the three-martini lunch, I think the camaraderie of old-school office life is vanishing. Soon it will be altogether obliterated. In agencies and everywhere else, we’ll all be alone in the cloud.

Let me future-frame it for you: There’s a staggering shift towards freelancing underway. Currently, about one-third of Americans are freelancers. By 2020, it will be 50%. Most work for two and three companies at a time. Welcome to the new Uber-ized economy, with a huge swath of our workforce moving to on-demand piece work. (The competition for jobs will be especially fierce since 1 in 3 jobs will be robo-replaced by 2025).

And this rising class of freelancers is likely to be working in a vacuum; 34 million Americans telecommuted from home last year; next year, the number will hit 63 million, or 43% of the U.S. workforce. Yes, there are benefits for parents who want to be closer to their kids, but given that our birthrate just dipped to a new low, that will be less of a perk.

I foresee a tomorrow in which we toil solo from driverless pods (the mobile home of the Future), with maybe a robotic dog to keep us company. There’ll be the occasional holographic meeting, or pop-in at a co-working space, but overall, it’s looking like an isolating existence. Depressing? Yes. Dystopian? Uh-huh. No wonder the global rates of anxiety have soared 1200% since 1980, according to Reuters. The Brave New (Work) World is only going to exacerbate this surge of stress.

I really mourn the loss of what made my agency days so delicious. Communication, creativity, and Clanning–the trend I named that means we crave connection with people like us (PLU). Long days, wild nights, weekends together; sharing the good, the bad and the sexy, the all of it.

We need to find a way to save that fabulously human aspect of work. Consider this an open invitation to brainstorm with me on just how to do that. 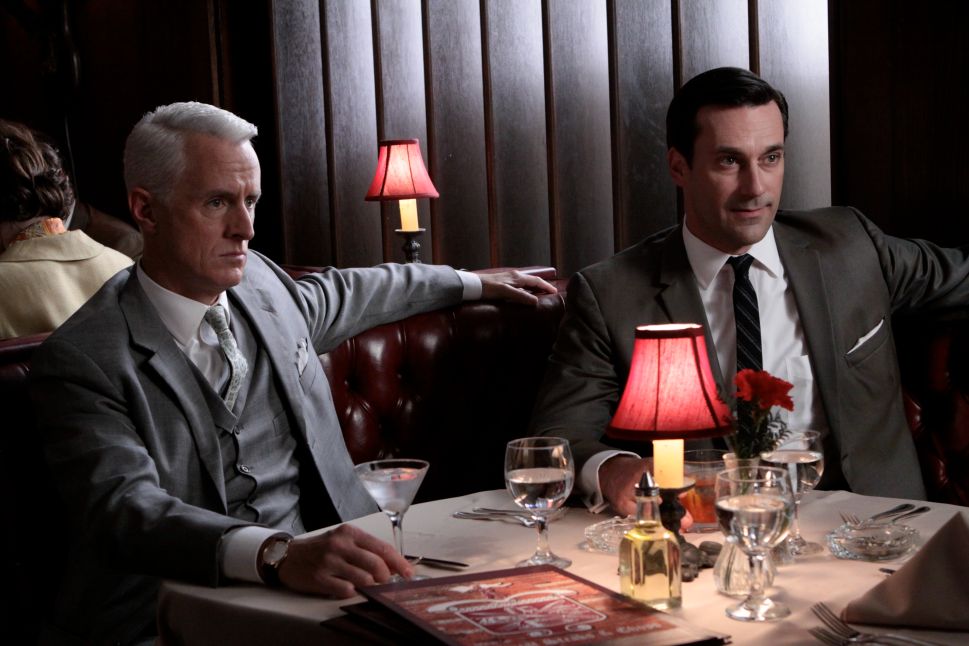