How do you hire a software engineer these days? It had been a while since I hired a technologist, so I felt a little rusty posting a position for the Observer.

The last time I hired technical talent, it was for an early-stage, recently funded, financial technology startup. It was a little different. The goal then was to hire as many top programmers as quickly as possible to build a completely new product. The clock was ticking, and we were burning our venture funding.

Before that, I hired software developers within a large financial software company, S&P Capital IQ. We already had a big technology team, with more than a thousand people in a bunch of offices around the world, in fact. So there were tons of resources, like a dedicated HR staff and an established campus-recruiting machine at top colleges. It was more about wading through resumes then.

Now I’m looking for the first full-stack software engineer at the Observer. We’re pretty small, but we’re not a startup. (A fact that my significant other reminds me of frequently when I code on weekends… Some habits die hard, I suppose.)

Aside: for those that haven’t heard the term “full stack” before, for web software it basically means writing code that runs in the browser as well as on the server. It’s a fancy way of saying you need a generalist rather than a specialist. On small development teams, generalists are the way to go.

Who do I know?

I started, as many hiring managers do, by looking at my LinkedIn connections and trying figure out who I knew that might be a good fit. Of course, it’s great to hire someone you’ve worked with before and who you know and respect. But this can be complicated. It’s largely a timing thing: you have to catch people when they are between jobs or thinking of leaving. If you’re off by a month or even a few weeks, you’ve lost them to another company.

If you get lucky and find someone in your network who’s looking to move, it’s still not a guarantee. They might have a different skill set than is needed for the role, or they might be interested in working remotely when that’s not what you had in mind, or you might envision their personality clashing with others on the team. It’s a bad idea to force it.

Of course, you can always try to poach—to go after people in your network who are ensconced in a gig, happily coding away, headphones on, in some open working space with a cool open floor-plan. But that’s a dangerous game. Maybe the poachee’s company employs other people you used to work with? Maybe you used to work with said poachee’s boss? Poach, and suddenly you’ve made a career enemy who will return the favor down the road. Maybe there are other capable engineers at the same company who will feel jilted and badmouth you or your team at the bar? Engineers are humans too (well, most of us) so we gossip. Better to stick with the seekers, I think.

Which brings us to the traditional route, at least since the late 90’s: posting a job online. Usually there’s a baseline site of some kind, like a career portal that your company hosts or utilizes. Ours is LinkedIn, so we started there.

Pete Soderling, founder of Hakka Labs, an engineering culture platform, talks about the art of crafting a good job posting for engineers. There are many crappy job descriptions for tech positions out there. Unless you’re looking for a boring employee, try not to write a boring one.

However, just posting that non-boring job description on LinkedIn is not enough. Many talented engineers tend to view LinkedIn with trepidation. It’s something you kind of have to have, and it can be a great way to connect with other professionals. But most tech people get a lot of recruiter trolling from LinkedIn. A former coworker of mine used to have a standardized blow-off response in a little text file stashed on his computer that he would copy & paste for recruiter InMails. Engineers are always trying to automate, after all.

It works the other way, too: when you post a tech job listing on LinkedIn, it’s often recruiters who find you first. “I have five top developers with experience in ___, ____, and ____.” They fill in the blanks with the first three tech acronyms quoted in your posting, even if those make no sense together or are super generic. “Can I send you their resumes?” A previous manager gave me this sage advice: never say yes to this. They don’t actually have five top developers who fit the job. It can be a great thing to work with recruiters, but get a relationship going with them before that job posting. Otherwise they know you’re desperate. Which, of course, you are.

So where to go next? This being 2015, to the apps! There are a few that look interesting. We’ve posted our job on Switch, which is kind of like Tinder for jobs. You install the app, post your job description, and then start swiping left for candidates who don’t fit and swiping right for ones who look interesting. Job candidates also swipe left and right, and if they swipe right, Swipe sends you both an intro email.

Another Tinder-for-Jobs option that’s been floating in my Twitter stream is Poachable. This app is similar to Switch, but it relies on anonymity a little more, and has a more involved process. For example, you need to schedule a phone meeting with Poachable staff before they will post your job on the system, and they provide customizable screening questions to help you narrow down the candidate pool. Employers pay for credits that allow them to ask candidates who have expressed interest to reveal their identities. It’s a little creepy, but then again so is online dating, and this is pretty similar.

Finally, I’ve heard good things about Hired.com. I have yet to try it out, but the premise is similar: it’s a marketplace for job seekers and employers to connect. Hired promises a $2,000 hiring bonus to job seekers, and wants 15 percent of the first year base salary from the employer for a successful hire. That’s lower than what you’d typically pay for a recruiter, and two grand is nothing to sneeze at, so I bet they are pretty successful.

Another strategy is to go to tech meetups, or even sponsor them. There are a million in New York, and many of them have a ton of high quality, mostly free or inexpensive content. Some of them are amenable to recruiting, especially by engineering managers, but some are actively hostile to all recruiting.

Jeff Sternberg is the VP of technology for Observer Media. Got any other tips and tricks? Interested in working at Observer? Drop me a line. 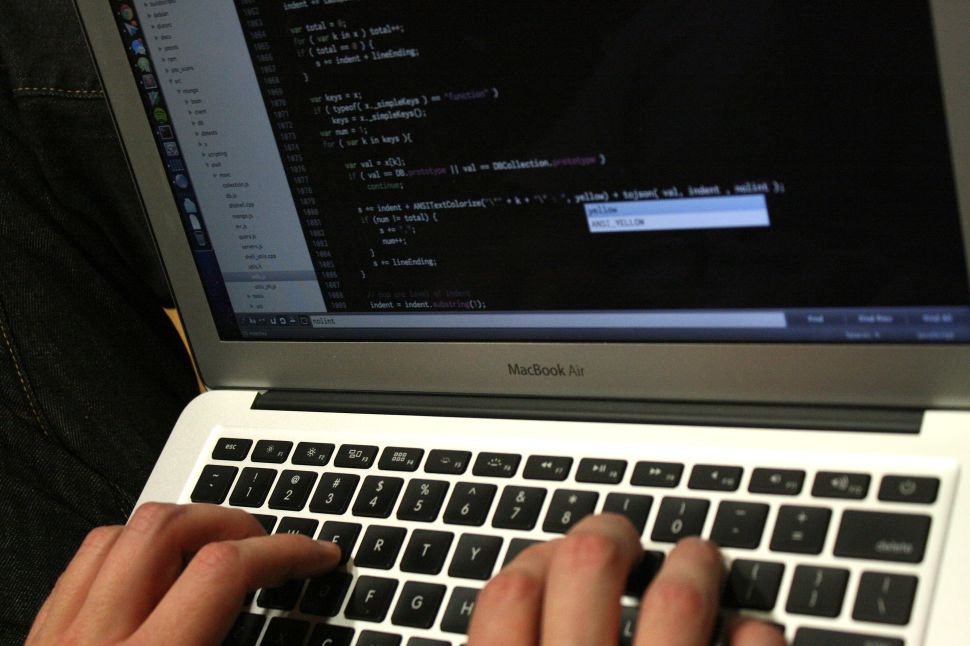