Wouldn’t you like to know how to get smarter? Of course.

I’ve looked at the science on the subject many times in the past and there are some simple methods — like, believe it or not, exercise and even chewing gum.

But is that really going to move the needle over the long haul? Research shows that IQ isn’t all that valuable without a little discipline behind it.

So what’s going to really make a difference? Learning.

Cool. But learning new stuff takes time. And you’re busy. But what if you could pick up new skills super fast?

Ah-ha. Now we’re on to something. However, I’m no expert at this. But, luckily, I know a guy who is.

Tim Ferriss is the bestselling author of The 4-Hour Workweek. And he’s also an expert at learning new stuff fast. In fact, his new TV show, The Tim Ferriss Experiment, is about just that.

In the various episodes Tim tackles all kinds of skills from poker to rally car racing to chess — and then puts his new talents to the test. (He picks up the language Tagalog in 4 days and then does an interview in Tagalog on Filipino TV.)

So what can Tim teach you about accelerated learning? A lot. And all you have to remember is a simple acronym:

Those are the four steps: Deconstruction, Selection, Sequencing, and Stakes. Tim explains in this video:

I’ll break down the steps for you below. Okay, let’s get learnin’.

Picking up a language? Oh god, that takes forever… Wrong.

Every skill has parts. To learn effectively you need to break it down into the key elements. This makes something that may seem overwhelming and divides it into manageable chunks. Here’s Tim:

The D is deconstruction. You’re taking a complex skill like learning a language, tactical shooting, or swimming and breaking it down into components. For swimming you would have arm movement, leg movement, different strokes, etc. Try to break a skill down into 5-10 pieces.

(For more on the 8 things successful people do that make them great, click here.)

Most classes or books start you out from the beginning and gradually build you up. That’s nice if you have a lot of time. You don’t.

We need to be smart about where we put our energy and focus if we want to make progress quickly. Forget what is fundamental and ask yourself what is most important to get to competency. Here’s Tim:

The first S is selection. That’s doing an 80-20 analysis and asking yourself, “Which 20% of these things I need to learn will get me 80% of the results that I want?”

So when learning a language, Tim doesn’t bother with the typical basics. He looks at what the most frequently used words are and studies those first.

That Spanish class taught you the word “Father” in the first week. But how often do you really talk about Dad? Here’s Tim:

You can become functionally fluent in any language, in my opinion, in 6-12 months. But you can do it in more like 8-12 weeks just by choosing the 1500 highest frequency words. What you study is more important than how you study it. Rosetta Stone is not going to help you if you’re studying the wrong words.

This jibes with the research. When I spoke to Sports Gene author David Epstein about how world class athletes train, he said the same thing: “The hallmark of expertise is figuring out what information is important.”

Learning occurs best when important information is selected from less important ideas, when selected information is organized graphically, when associations are built among ideas and when understanding is regulated through self-testing…

(For more of what top athletes can teach you about being the best at anything, click here.)

So you know what’s important. What’s next?

This is the thing most teachers, classes and books get wrong.

Not only do they not focus on what’s important but they don’t work on that stuff first. Here’s Tim:

When Tim was learning chess from champion Josh Waitzkin(whose life was the basis for the film “Searching for Bobby Fischer“) they did things the opposite from how most chess instruction works.

They didn’t start with the beginning of a chess game. They jumped straight to key moves that are applicable to the majority of interactions on the board. This allowed Tim to hang with top players after only a few days of practice. Here’s Tim:

Josh would basically do things in reverse. He took all the pieces off the board and started training me with King and Pawn versus King. By doing that he was teaching me not rote memorization of openings, but really powerful principles that can apply to the entire game in many different circumstances. Just by giving me a very short tutorial on a few principles with three pieces on the board, I went to Washington Square Park, and I was able to survive three or four times longer than I should have against a really savvy speed chess street hustler.

(To learn how to develop a photographic memory in four steps, click here.)

So you’ve broken your area of study into parts, figured out what is important, and you’re focusing on that first. What’s the final step?

You won’t get fired from your job if you don’t learn to speak Russian. Your family won’t starve if you don’t master the guitar. And this is why you quit. Because you can.

You need an incentive to keep practicing. Or, even better: a penalty if you don’t practice. Here’s Tim:

Stakes is arguably the most important piece. By stakes, I mean consequences. Some type of reward or punishment to keep you on track and accountable. To prevent yourself from quitting, you need incentives.

So Tim recommends using what researchers call a “commitment device.”

Write a check for $100 to a political party you hate or a cause you are actively against. Give it to a friend. If you don’t achieve your goal or put in the hours, your friend mails the check. Boom. You’re now motivated.

(For more on how to conquer procrastination once and for all, click here.)

Okay, Tim has given us some powerful tools for learning. Let’s round them up.

And hang out with smart people. Research shows it helps. (In fact, studies show stupidity is contagious.)

So what’s the best way to get started? This is no magic trick. It comes from the heart. The first step is to believe that you can become smarter:

Thinking about intelligence as changeable and malleable, rather than stable and fixed, results in greater academic achievement, especially for people whose groups bear the burden of negative stereotypes about their intelligence.

And learning doesn’t have to be a solitary activity. In fact, it shouldn’t be. Wanna be smarter? Surround yourself with people who believe in you.

Via The Heart of Social Psychology: A Backstage View of a Passionate Science:

…Rosenthal and Lenore Jacobson (1968) did the same study in a classroom, telling elementary school teachers that they had certain students in their class who were “academic spurters.” In fact, these students were selected at random. Absolutely nothing else was done by the researchers to single out these children. Yet by the end of the school year, 30 percent of the the children arbitrarily named as spurters had gained an average of 22 IQ points, and almost all had gained at least 10 IQ points.

In my next weekly email I’ll have powerful insights from Tim including his counterintuitive advice on how to retain skills and the one question he always asks experts so he gets their most valuable lessons quickly. Get it all by joining here. 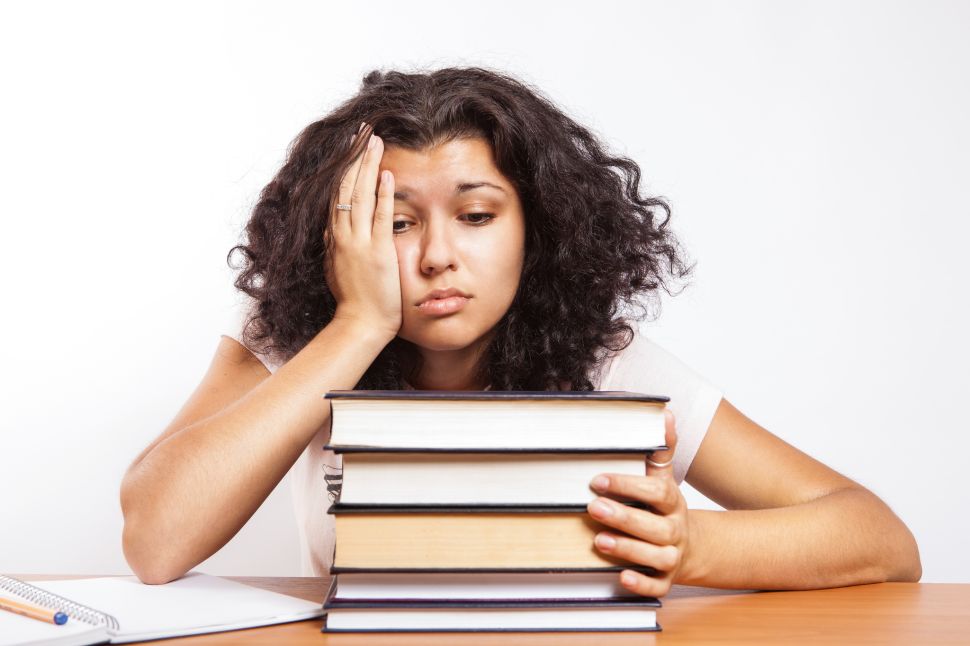