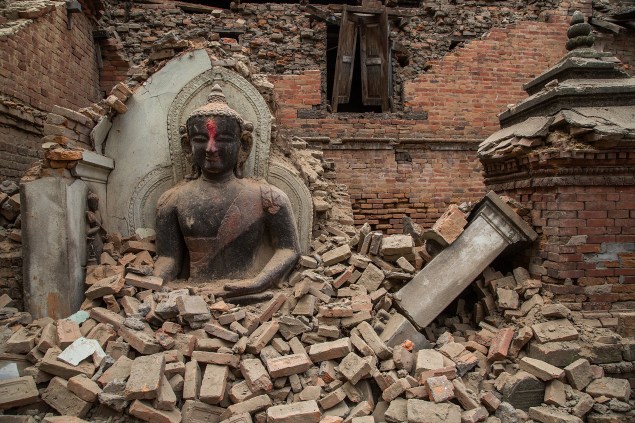 KATHMANDU—Just south of embattled Tibet and nestled between two hovering superpowers, China and India, is the landlocked nation of Nepal, a land rife with political strife and foreign influence. Nepal’s geographic challenges and its struggle to remain independent have been amplified after the devastating 7.9 magnitude earthquake on April 25.

After centuries of isolation, Nepal has evolved from an agrarian society into an economic hub due to social and cultural integration with neighboring China. While focusing on investment, China has also used its financial strength and population to exert influence at all political levels in Nepal. China has continued to invite political leaders from the most prominent parties for talks and consultations. The most noteworthy is the leader of the Communist Party of Nepal, Pushpa Kamal Dahal (known as “Prachanda”), whose Maoist-inspired party won the largest number of seats in the 2008 election but were defeated by the Nepali Congress party in 2013.

It’s no secret that Nepal is a staging ground for China’s continued crackdown on Tibet and its stuggle for autonomy. Local Nepalese authorities routinely intimidate Tibetan refugees since the violent suppression of a protest that broke out in the Tibetan capital, Lhasa, in 2008. The Tibetan community in Nepal–a population of about 18,000, live under surveillance by Chinese agents. Political protests are quelled before they hit the streets, religious and cultural assembly is shut down immediately. Members of the Tibetan community are recruited as spies with promises of financial reward (or threats to their families abroad).

While Beijing has boosted its stature in Nepal, China’s regional rival, India, has in recent years watched its influence wane. But the power struggle between India and China has been reignited since the catastrophic earthquake that killed more than 5,000 Nepalese and injured 11,000. Early estimates of the damage caused by the largest earthquake to hit Nepal since 1934 could balloon to about $10 billion and the destruction of the country’s infrastructure may have set Nepal’s development back a decade. Disaster aid to Nepalese victims serves as the latest tussle between the two regional powerhouses.

In 2014, China emerged as Nepal’s biggest investor. The small nation recently awarded its giant neighbor a $1.6 billion government contract for a hydro-electric power project that will be commissioned to China’s Three Gorges International Corp–a sign that the relationship between the two nations is growing more intimate. India is apparently concerned. Last year, Narendra Modi became the first Indian prime minister to visit Nepal in 17 years and also offered to finance a hydro-electric power project. Nepal currently produces just 600 Megawatts of power and suffers regular rolling blackouts. Both India and China recognize this vulnerability and view energy diplomacy as a way to curry favor with Nepal.

Since the April 25th earthquake, both India and China have been competing to dispatch aid to Nepal’s most devastated areas. India sent 187 tons of supplies, including 50 tons of , 22 tons of food and two tons of medicine. Three-hundred disaster-relief troops reached Kathmandu soon after the earthquake and trucks loaded with supplies travelled by land from India’s eastern region to Nepal’s rural areas. About 2,000 Indian nationals were initially air-lifted out of the disaster zone while Mr. Modi, offered moral support during a national radio address. Indians, declared Mr. Modi, needed to “wipe the tears of every Nepali, hold their hands, and stand with them.”

Chinese President Xi Jinping delivered a more antiseptic message. “The Chinese side,” he said, “is willing to offer all necessary disaster assistance to the Nepalese side.” A 62-member disaster response unit accompanied by 6 search-and-rescue dogs were immediately dispatched to Nepal along with 20.5 tons of aid. About 4,000 Chinese tourists survived the earthquake and were eager to return home–an opportunity China used to show it’s strength as a superpower–or rather it’s ability to utilize its propaganda machine. In an editorial in Xinhua, the official news agency of the Peoples Republic of China, it was claimed that “passengers can board Chinese planes in Kathmandu with or without a plane ticket as long as they have Chinese passports.” It also concluded with “In a time of need, the Chinese passport demonstrates worth.” The facts told a completely different story. Social media buzzed with conflicting reports that included price gouging and inability to access the Chinese embassy in Kathmandu. The ordeal ended with the Chinese Foreign Ministry officially disputed the Xinhua story, which was soon deleted.

Nations scrambled to get aid to the disaster zone in the form of , food and rescue teams but far more resources will be needed in the days following to save lives in a region with a challenging geographic terrain and an impoverished, largely rural population. Dr. Mahesh Maskey, Nepalese Ambassador to China, explained “many climbers in the Everest region who are stuck and have no access to come down the mountain–the only way to reach them is with helicopters. We don’t have enough helicopters to accomplish this task. If China can contribute helicopters, this would be most important.” His comments indicated that the initial international aid effort was focused at the epicenter of the earthquake while there were still people stranded on Mount Everest due to terrain and distance from accessible roads.

Ambassador Maskey expressed the need for and sanitation facilities to be “air dropped immediately together with large containers to capture rain .” To battle an expected health crisis, he also requested mobile hospitals “especially in the outlying regions outside Kathmandu such as Pokhara.” The ambassador explained that stricken areas also need generators for light, “particularly solar generators than can be used in rural regions that are off the centralized grid.”

When the chaos finally settles down in Nepal, it will be crucial for international donors to shift aid and resources to small businesses and infrastructure so the Nepalese may get back on their feet. A significant amount of income in Kathmandu comes from Western tourists and pilgrims from around the world who wish to visit its ancient heritage sites but many will find that the cultural loss from this monumental disaster is staggering. “ My City,” fretted Nina, a cafe owner in Kathmandu, “is never going to be the same.”

Robin Seemangal is communications director of Himalayan Consensus, an NGO based in Kathmandu. 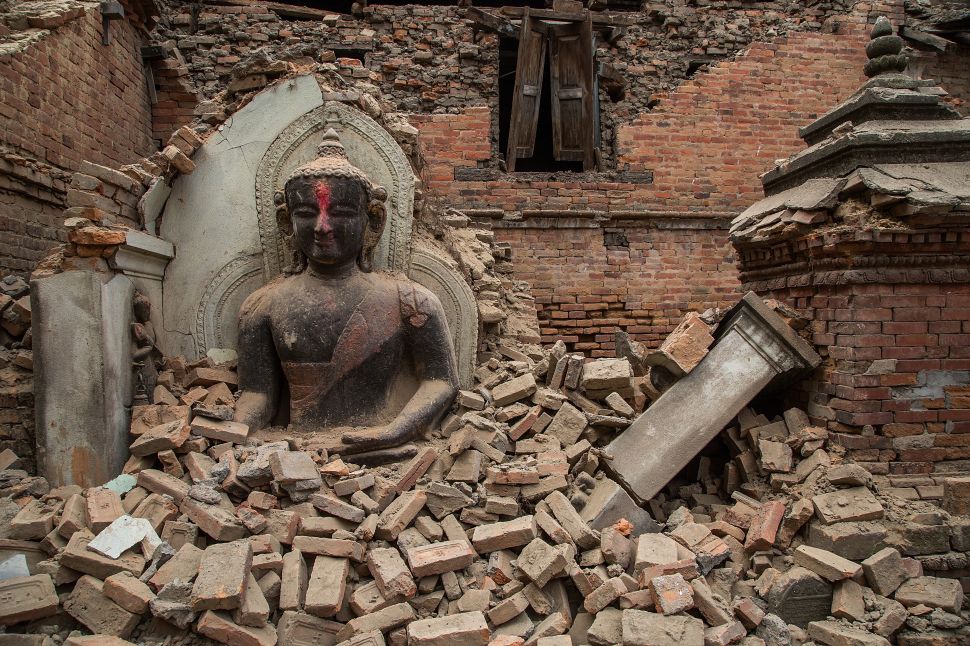