God. Where to begin.

Reared under Bible Belt conservatism? Check. Repressed feelings due to following that script? Check. Corrective overindulgence at Belmont University? Check. Love/hate relationship with Nashville? Check. Amorphous melancholy due to all of the above? Check. A possibly connected or maybe entirely unrelated fascination with space and mysticism as a result of all of the above? Check. A desire to make a space cowboy records with the guy who co-wrote Portishead’s “Cowboy”? Check. A semi-recent escape to New York City? Check.

I suppose I could try writing this story with some remove, but it’d ring false. Over the phone, when Mackenzie Scott describes scenes of chain-smoking, pontificating college freshmen, all too eager to run from conservative roots under the influence of Nashville neon and whiskey—city life!—I don’t have to imagine the setting at Bongo Java at the curve of leafy Belmont Boulevard. My ass has worn holes in those benches, my lungs have been tarred by those cigarettes, my short-run smugness bloomed from that pseudo-intellectual posturing, too.

When Scott conveys how, a mere four months after moving from the clay hills of central Georgia, her parents struggled to recognize their daughter, how her dyed black hair and Big Ideas turned her into a foreigner, I can only think of dying mine blonde, stretching my earlobes with dime-sized gauges, and the tense conversations these acts caused when I drove home for Christmas in Panama City, Fla.

When Scott tells me she feels like the Christian-turned-agnostic songwriter David Bazan is “singing to people like us,” I don’t have to ask her to unpack the thought further. And when I read an interview where Brandi Carlile comes up—“She articulated something that I think I wasn’t able to articulate yet about ostracization, isolation, internalizing a lot of ache that you can’t talk about”—the bottling up rings too true.

When she talks about making peace with her past while interrogating it for answers that might point to a more clarified future, how her new record Sprinter is not a strict document of past hurts but a “moving entity” that documents her present “violent transition into adulthood,” I can only think about my current and uncertain evolution as a spiritual person.

It turns out, after all, that Scott is “singing to people like us,” too. Except, between the lines, she’s also singing, groaning, almost screaming in places, to anyone who’s working to extract themselves from manipulation and fear. By depicting her own journey so lucidly, Scott universalizes the process of self-actualization, of transcending (or attempting to transcend) oppression in any form—spiritual, familial, political, mental, you name it.

“I am a tired woman,” Scott sighs over fuzzy power chords in “New Skin.” “In January, I will just be 23.” This isn’t tepid Millennial exasperation; it’s the sound of long-standing existential exhaustion. Listeners don’t have to share the songwriter’s Baptist baggage nor her love of the 16th century poet John Donne, referenced in the raw and eerie “Son, You Are No Island,” to empathize with her world-weary fatigue.

“Worlds” can be slippery on Sprinter, though. You know this if you’ve seen the cryptic videos for “Strange Hellos” or “Sprinter,” or perked up when Scott dropped Ray Bradbury’s name in recent interviews. Sprinter isn’t mere historical regurgitation—it marries the realism of autobiography with the surrealism of worlds beyond our own.

“There’s just something about space,” Scott says over the phone, laughing, sort of. “I’m just constantly thinking in terms of the cosmos these days. I’m inspired by the idea of vacuums, space as a vacuum, and otherness.”

I assumed we’d get here eventually given Scott recently told Pitchfork that, if given the opportunity to name a hypothetical music event, she’d name hers the “Near-Cosmic Struggle! Festival.”

“There was this persistent image that I had while I was writing this record that would just flash in my head,” she says. “It sounds completely convoluted, but just bear with me.”

“There was an image of a thin neon pink line moving forward through space. For whatever reason, I saw the pink line as my voice on this record, and it made me think a lot about otherness and isolation and almost like I was …” she trails off.

“It was almost like I was looking at Earth and just observing it as an other—not necessarily as a person, but as a spiritual being. I wanted to make a record that allowed me to explore my past, my upbringing in Georgia and my personal experiences, but from a cosmic, futuristic perspective.”

“Sounds like Tree of Life,” I say after a few quiet moments.

“Are you serious?” Scott replies, confirming that Terrance Malick’s divisive heartland-on-acid film was her “No. 1 visual inspiration for this album.”

At this point, for a few moments at least, Scott’s starting to feel like an old friend. I find myself wishing we were lining up dead soldiers at a nearby bar, laughing at how seriously we took ourselves at Belmont and mourning the years we could’ve been closer to our parents and friends had everyone (including us, perhaps) not been so damn scared.

“Strange Hellos,” the opener, pummels the listener in Bleach-ian grunge, a jarring contrast to the picked, low-lit melancholy of “New Skin,” which follows it. “The Exchange,” Sprinter’s closer, features Scott singing quietly over a spare acoustic motif as a rooster calls and birdsongs fill the air behind her. I nearly forgot I was listening to the same album the first few times through. After speaking with Scott, however, I became transfixed by the way it unfolds as scatterplot.

“I liked the idea of giving the album a trajectory, a slow decline,” she says. “I really did want it to feel like, from the beginning, I was running and by the end I was walking very slowly. With ‘Strange Hellos’ being the first song on the record, I just didn’t really care to ease anybody into it. I just didn’t care to start out softly or sweetly.”

Scott realized this vision with the help of friend and producer Rob Ellis (PJ Harvey, Bat for Lashes), who Scott bonded with in the U.K. while touring behind her self-titled, self-released debut. (Sprinter found a home on Brooklyn’s Partisan Records.) Bringing in Robert Ellis and Ian Oliver of PJ Harvey’s band, and spending a day at the Bristol studio of Portishead’s Adrian Utley, the two created a world for Scott’s biographical purge that feels at once familiar and foreign.

You don’t have to strain to imagine a few artists who might have been formative for her—I imply Nirvana, and Scott’s made no secret about her love of Annie Clark, which manifests itself in the playful, asymmetric rhythms of “Cowboy Guilt.” And “Harshest Light,” both in sound and name, recalls the woozy atrophy of late-aughts Deerhunter. But the nods (if they are nods at all) never feel derivative. Scott’s voice creates its own gravity, and it’s somehow more absorbing on Sprinter. At the record’s most brazenly aggressive and its aching quiet, shot through with breathy synth textures and atmosphere, it is at points commanding, vulnerable and weathered—she gives us everything.

“There’s nothing in this world I wouldn’t do,” Scott sings in the funereal tome “Ferris Wheel,” “to show you that I’ve got the sadness, too.” She’s not singing to me, not directly at least, but it’s nice to know I’m not alone. 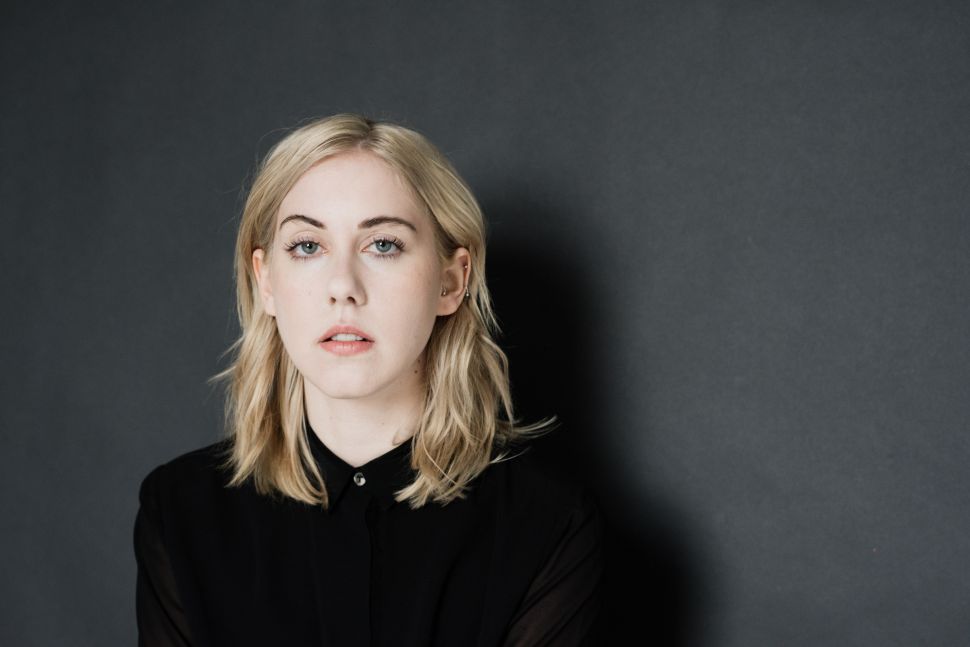