British Airways may not have Virgin’s musical pioneer Sir Richard Branson behind it, but that won’t stop the airline from making headway in the music scene.

Last Thursday, British Airways hosted a kick-off for their new platform,  “Listen Up”, at event space Villain in Williamsburg. The evening included performances by up-and-coming U.K. and U.S. musicians Leon Bridges, Jamie N Commons and Bear’s Den. The airline has also founded a partnership with Communion Music (a label founded by Ben Lovett of Mumford & Sons) in an effort to showcase and partner with some of the U.K.’s most promising new voices.

“We are going to continue to work with Communion and support some of the activities they’re already doing in the U.S. and the U.K.,” said British Airways VP of Brand Marketing and PR, Caroline Titmuss. “Right now, we don’t have a festival of our own planned, but we’re more interested in creating content with the artists we’ve brought on board and make it accessible to the fans and followers of the musicians.”

The difference between the two airlines is that Virgin was first a record store and label and British Airways has always been an airline; however, with last year’s cancellation of Virgin’s widely known free music festival Virgin Mobile FreeFest, there might just be room for another airline to make a name for itself with its own trendy music initiatives.

The airline’s attempt at touching upon millennials interests through music is gold—and could prove to be something interesting in the music event partnership world coming up. British Airways’ new Listen Up platform allows U.S. fans to access insider information about British musicians on the rise with exclusive music partnerships, live performances, behind-the-scenes interviews and insider information about unique music experiences happening this summer. Guests flying British Airways will also be able to access the content online and exclusive content in the air.

Sean Doyle, EVP Americas, British Airways said: “British Airways prides itself on offering one of the most eclectic music experiences in the sky. Music helps people relax when they fly so we feature classic, current and emerging artists through our inflight entertainment.”

Although this was the first music partnership event for “Listen Up” in the U.S., it makes us wonder if the series of upcoming showcases with Communion and the airline’s heavy focus on entertainment might eventually allow them to monopolize the airline-music partnership game. With Virgin Mobile’s FreeFest cancelled, there’s definitely room for another airline to take the reigns, and we wouldn’t be complaining if British Airways hopped into the driver’s seat. In any case, Richard Branson has probably taken a step back from music to focus more on his love for space. 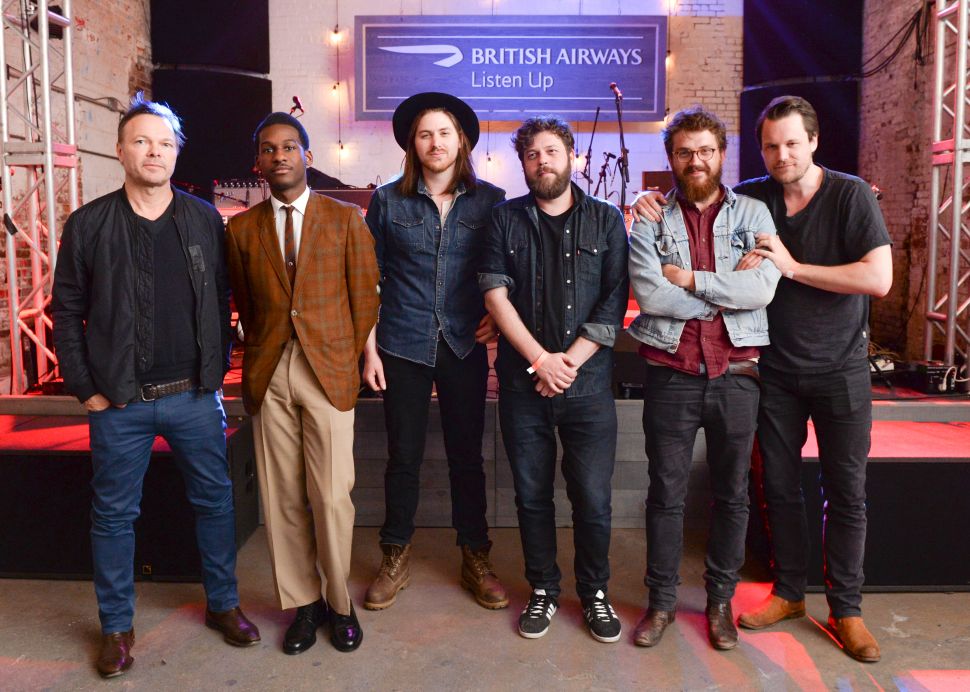