I am the son, grandson and brother of combat veterans. As a former Navy pilot myself, Memorial Day has special significance. But lately it has become difficult to wish others a “Happy Memorial Day” without drawing fire. Last year, PBS incited an online riot when it posted a Happy Memorial Day banner on its Facebook page. Among the litany of criticisms from readers were comments like “HUGE faux pas,” “Delete this stupid image” and “Totally insensitive.” I have experienced this on a personal level. My usual Happy Memorial Day greeting has increasingly been met with disapproving headshakes. Last year, one especially sullen cashier told me to “Get a clue.”

I understand. This is a day set aside to honor those who died serving in uniform. Memorial Day is among our oldest holidays, originally conceived in the aftermath of the Civil War. But for many Americans, it has become little more than a three-day weekend, filled with backyard barbecues and door-buster sales. For those who see this day of remembrance being trivialized, it is easy to take offense at the suggestion that there is anything happy about it.

I do not recall my father or grandfather giving much thought to how they would greet neighbors at our own backyard picnics—it was always “Happy Memorial Day.” Perhaps that is because prior generations needed no reminders about what the holiday signified. My grandfather’s war, WWII, was a national effort, in which everybody sacrificed something. My father’s war, Vietnam, was deeply divisive, but at least everyone knew it was happening. The draft ensured a lot more families had skin in the game.

Today it is different. Less than 1 percent of Americans have served in Iraq or Afghanistan. The vast majority of civilians do not know anyone who died there. The farther into our national memory these wars recede, the more important it is to maintain reminders of the price paid. That, I suspect, is the underlying reason behind excising the “Happy” out of Memorial Day. But however well intentioned, this attitude does nothing to preserve the memory of those who died defending our way of life. In fact, it does the opposite.

I do not know a single veteran who expects the country to mark this holiday with 24 hours of uninterrupted sadness. A few years ago, I spent Memorial Day at a military cemetery visiting my grandfather’s grave. Though I was there to grieve, I could not help but recall stories that made me laugh—like when his plane’s emergency raft deployed in flight, and his machine gunner nearly shot off the tail trying to deflate it. Smiling at that memory, I realized I was not alone. All around me was the sound of quiet laughter, as families gathered before simple white headstones to remember loved ones lost. These days, when I reminisce with my buddies about friends who did not come home from war, the stories we most often tell are ones that bring us joy.

That is how they would want it. When I think about those who have died serving in the military, I remember why they joined in the first place. They did it to defend a way of life, one that includes the pursuit of happiness as a founding ideal.

To be sure, we could use a bit more reverence on this day. A moment of silence before we dig into our brats. Fewer shopping sprees. But unrelenting grief? None of my buddies would want that. Mattress discounts and pie-eating contests and the freedom to be happy are all part of what they fought and died for.

This Memorial Day, I will head to the ocean as the sun is coming up. I will spend some time alone, and think about those who never made it back. Then I will return to my wife and kids and be grateful for my life. I will fire up the grill and invite friends over. And I will wish each of them a Happy Memorial Day, knowing full well that this day and the joy it brings are gifts I can never repay. Except, perhaps, by living a life full of happiness as my fallen friends would have wanted.

Ken Harbaugh is a former Navy pilot. He served as an electronic warfare mission commander and taught naval history at The Citadel. Following his military service, Mr. Harbaugh co-founded The Mission Continues, a nonprofit that empowers veterans to serve in their communities. 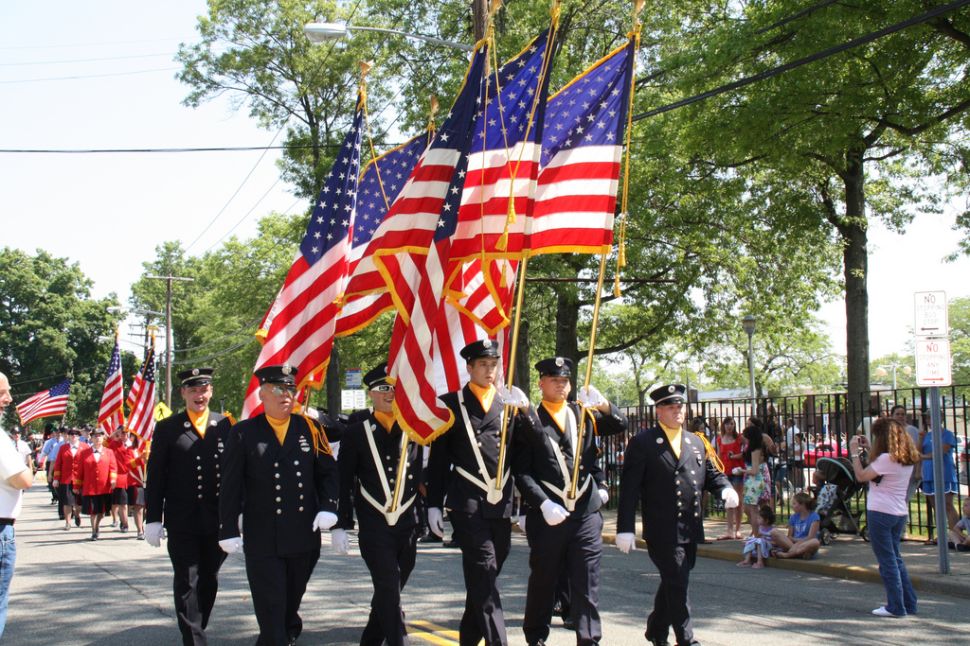