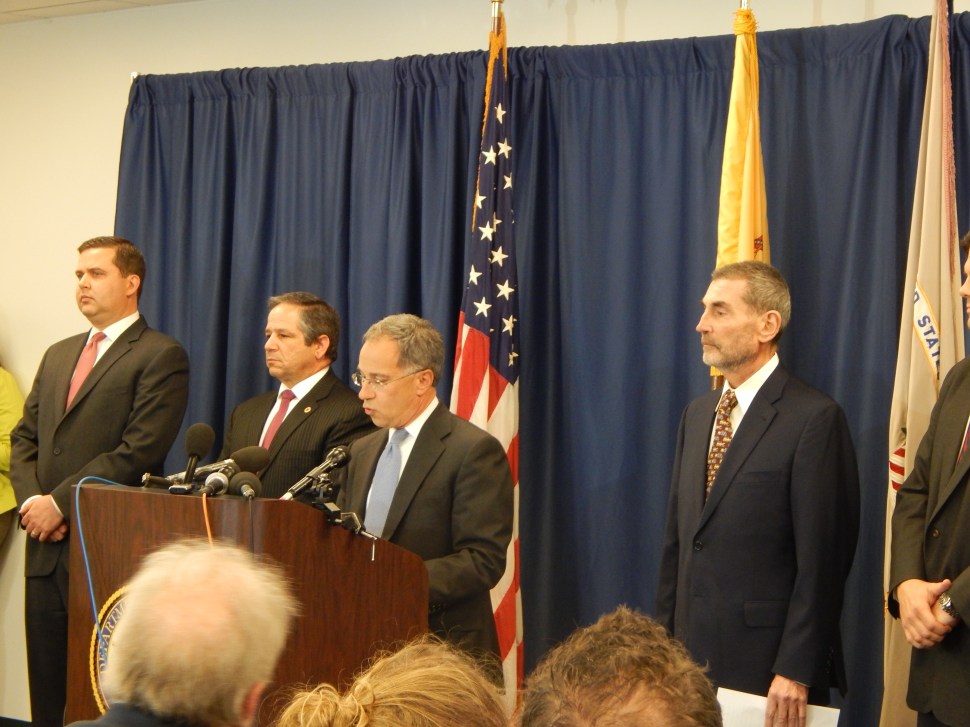 NEWARK — At a press conference outside his office just after Wildstein, a former Port Authority official appointed to Gov. Chris Christie to the bi-state agency in 2013, plead guilty to a separate information, U.S. Attorney Paul Fishman announced that Bill Baroni, former deputy executive director of the PA, and Bridget Kelly, former deputy chief of staff to Christie, were also charged by a federal grand jury in a nine-count indictment unsealed today.

“Public officials must use government resources for propoer government purposes,” Fishman said down the hall from his office in the Peter W. Rodino Jr. Federal Building this afternoon. “The indictment alleges, and Wildstein admitted, that the three defendants used Port Authority resources to exact political retribution against a public official who would not endorse the governor for reelection, and concocted and promoted a bogus cover story to execute their plan.”

Going of the official indictments, Fishman this afternoon described how Wildstein, Kelly, and Baroni enacted a “deliberate and illegal scheme” to close the access lanes to punish Fort Lee’s mayor, using a “bogus” traffic study to cover up their actions. From the morning of Sept. 9 2013 to Sept. 13, 2013, the conspirators “allegedly caused local access lanes to be reduced so that only one toll booth, instead of the usual three, was accessible to the approach to the bridge for local traffic traveling through Fort Lee.”

The scheme was, moreover, planned to begin on the first day of the school year in order to “maximize the congestion and the puntative impact on Mayor [Mark] Sokolich.” On Sept. 9, Wildstein apparently order Baroni to remain “radio silent” when Baroni was contacted for help by Sokolich about the gridlock resulting from the closures. Fishman said the three “continued to pedal the bogus story” even after it began recieiving public attention, both from local officials and from the media.

Baroni and Kelly are each charged with conspiring to misuse, and actually misusing, property of an organization recieiving federal benefits; conspiring to commit, and actually committing, wire fraud; conspiring to injure and oppress certain individuals’ civil rights, and acting under color of law to deprive certain individuals of their civil rights. All of the charges relate to the defendants’ alleged scheme to “manufacture traffic problems in Fort Lee,” Fishman said.

Kelly and Baroni’s implication in the scandal has been widely reported. In court, Wildstein admitted to a federal judge that he conspired with the pair to close lanes of traffic leading to the George Washington Bridge as punishment to Fort Lee Mayor Mark Sokolich for refusing to endorse the state’s top Republican during his 2013 reelection campaign.

Despite numerous questions from reporters on the Republican’s involvement, Fishman would not say — as Wildstein’s attorney alleged earlier today — whether or not there is evidence showing Christie himself knew of the lane closures as they happened, arguing that his “obligation as the US Attorney is not to disclose evidience that has been given to a grand jury or not.”

He said that “based on the evidence that we have available today,” the indictments of Wildstein, Kelly, and Baroni are the extent of the charges resulting from the two year investigation.

This story will be periodically updated with further details from Fishman’s office. 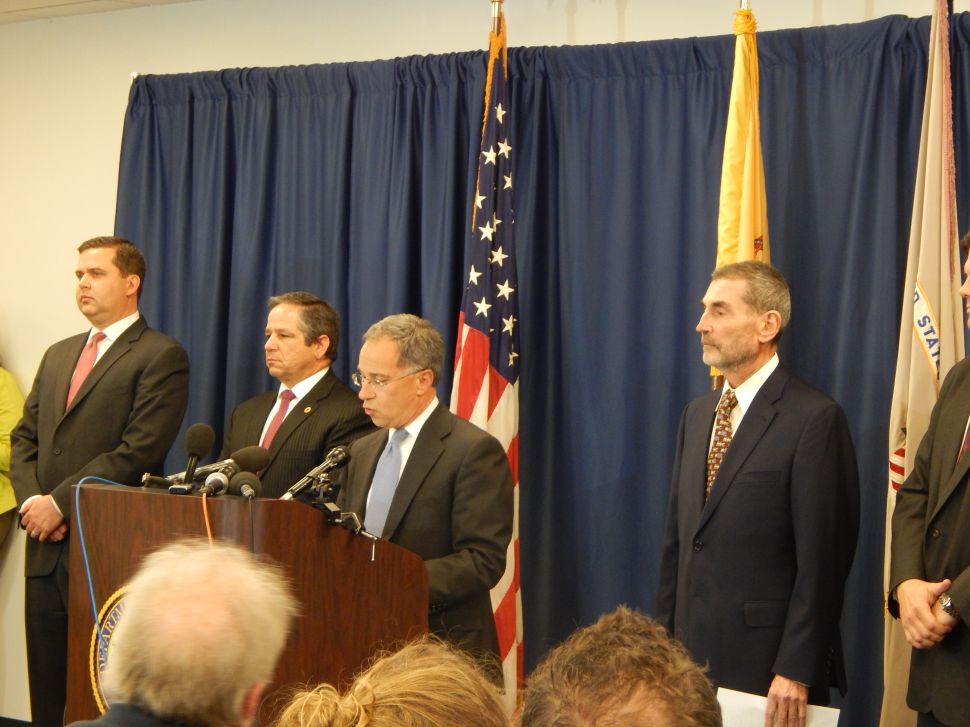 Filed Under: l, bridgegate, us attorney