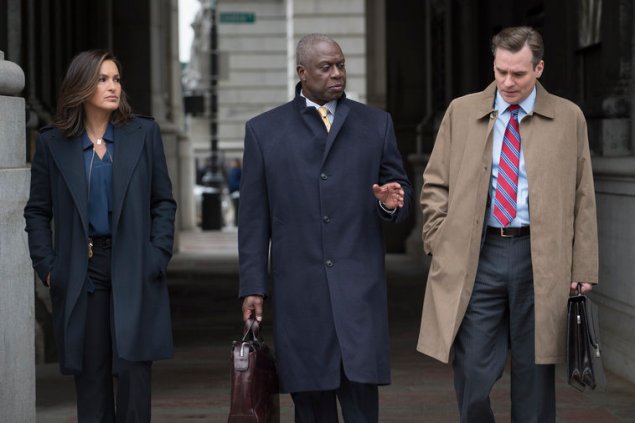 Not every episode of SVU is a run and gun event, nor should it be. This episode featured what seemed like a very straightforward situation – years after she accused her father of rape, a young woman wants to recant her testimony and set her father free – but in true SVU style, the case is anything but simple.

After 17 years, Michelle Thompson, working a 12-step program and seeking to make amends, decides to reach out to the SVU team to help exonerate her incarcerated father. At his trial, the then six –year-old testified that he’d assaulted her. Now, all these years later, Michelle believes that nothing actually happened that night, that it was the urging of her mother that led her to accuse her father of the acts for which he was convicted.

Knowing that they could use some help on this on, the SVU team calls on their former leader, Captain Cragen to assist in the investigation. They also bring in attorney Bayard Ellis to assist in Derek Thompson’s defense.

The original prosecutor in the case, O’Dwyer, is none too happy about this case being re-opened and does his best to prove that the original conviction was justified.

There was a lot of talking, a lot of courtroom scenes and no one’s life was in jeopardy, but that didn’t make this case any less thoughtful or compelling. This was one of those ‘intimate’ episodes that felt like it could be a ‘small’ story, but yet it was really so much more. Like so many real-life cases the question really became, ‘Just how did we get here?’

Michelle herself, at first steadfast in her belief that her father was innocent and that she had been coached to say those things all those years ago, felt her confidence waver as the trial progressed. In the end, she, and those working with her, were equally unsure if they’d done the right thing in working to free Derek.

What made this case so noteworthy is that many times as an SVU episode develops, you as a viewer form some sort of opinion about the guilt or innocence of the accused party and in doing this you know what you want to happen when that verdict is read. This time, in the seconds before the jury foreperson relayed the outcome, it’s a safe bet that many people watching this unfold were confused about which way they wanted things to go.

This feeling was no doubt heightened by the exchange between Michelle and Sergeant Benson in which Michelle admits that she really doesn’t remember what happened during the night in question. The stunned look on Benson’s face in light of this admission spoke volumes. (Her reaction also harkens back to another time Benson worked with Ellis, when she admitted that she’d grown tired of the daily struggle for justice, but yet, here she is, still at it. It was a nice touch to stage that scene in that location.)

This episode also served as a reminder as to why SVU is such a welcome television staple in the overly crowded drama arena.

Sure, there are ‘event’ episodes – crossovers, Benson gets kidnapped, Rollins’ gambling fiascos, Amaro on trial – but this one just goes to show that there doesn’t need to be a catastrophic event for the plot to be captivating, it just needs to be good, believable storytelling. And, using the history of the series, and bringing back both Cragen and Ellis, made this episode feel a bit ‘old school’ – in a good way. While we all like pieces that involve the tangled lives of the squad members, having episodes that focus on the crime, the victim and the case remind everyone what this show is really all about, how this series has matured over the years, and yet still remains utterly loyal to the foundation of the franchise.

At the end of this installment, Bayard states that he believes he and the SVU squad did the right thing in this case. Benson, not entirely convinced replies, ‘”Did we?”

That’s the beauty of a show that’s not all black-and-white, we may never know, and that’s what keeps us coming back. 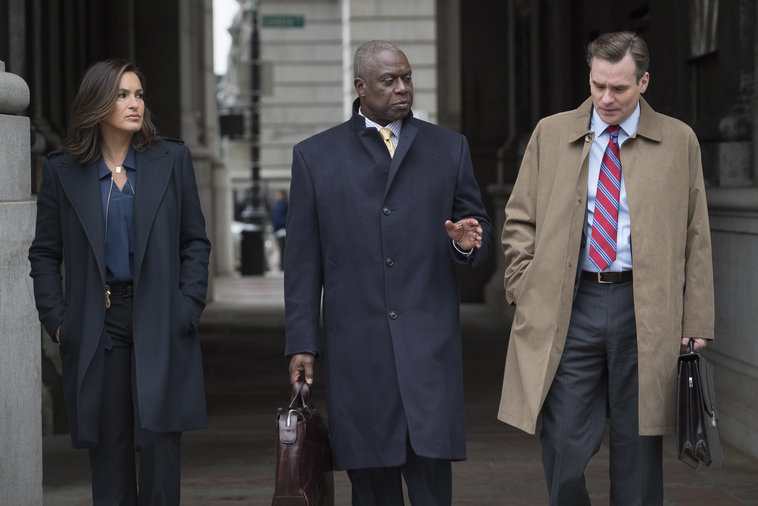