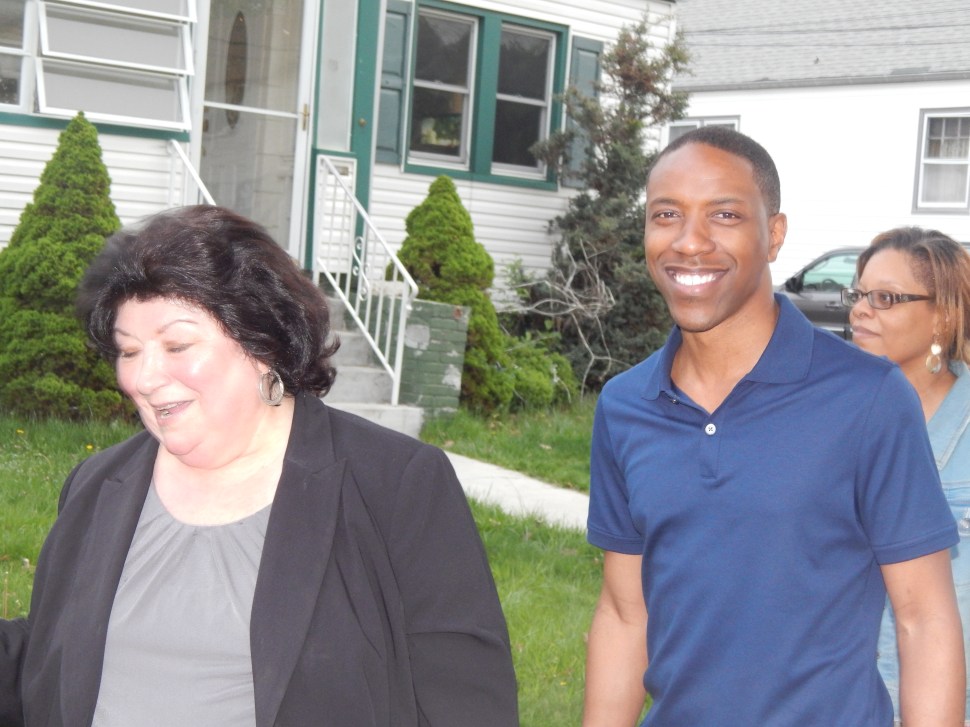 ELIZABETH/ROSELLE – Mario Vargas Lllosa wrote a book called “The War of the End of the World,” which approximates the way it gets around here every campaign season, though the world each time somehow survives and provides yet another strangely sustaining political apocalypse.

Three camps define the June 2nd Democratic Primary street scape in Legislative District 20, and tonight PolitickerNJ made the rounds with two of them: the one backed by the Union County Democratic Committee and anchored by Assemblyman Jamel Holley and Annette Quijano, and the other formed by that local foundation otherwise known as the Elizabeth Board of Education, which fields Board Member Tony Monteiro and teacher Giuliano Farina of Union. Farina stood in the parking lot behind Monteiro’s local travel agency as allies gathered to distribute leaflets in the surrounding area. Stepping into the middle of a brutal fistfight, one that landed numerous members of the Board of Ed behind bars since the organization challenged hard in 2011, the local technology teacher comes across as a genuinely nice guy – which makes him the consummate oddball in that grueling ground game called New Jersey politics.

“I worked as a security guard and went to school at night. Teaching. It’s like a calling. To see a kid learn – to see that light bulb go on – it’s amazing.I started a nonprofit after Hurricane Sandy to help people and that made me feel really good,” said Farina, 32, a first-time candidate, born and raised in Elizabeth who now has a wife and two sons in neighboring Union Twp. His wife suffers from multiple sclerosis. “She’s the love of my life,” Farina said. “These are the cards we were dealt.”

Typically these campaigns are bloodletting affairs, but Farina shrugged off the coming sting of battle.

“I’m going to be honest with you, I’m just focused on the door-to-door. If it happens, it happens. I’m a regular guy. Tony’s been in the ring of politics. I’m just a direct, to-the-point kind of guy. I’m just a guy who’s paying property taxes, same as everyone else. I think the people in there lost their perspective. The people have been neglected. I’m a big history buff. Love all history. The Greeks invented politics for the people – not themselves. But I think people here – the incumbents – are in politics for themselves.” He cited Kean University grabbing – Farina’s words – an old industrial 46-acre piece of land near the college.

“Holley worked for Kean [according to the state Election Law Enforcement Commission, Holley earns income from Kean University and the Township of Irvington, where he serves as public works director], and he doesn’t have anything to say about the issue,” Farina said. “My question for Holley is ‘Do you agree this land should go to Kean or for something else to help reduce the property tax burden?'” On the other side of the district in his hometown of Roselle, Holley was out there banging on doors at the head of a small contingent of local allies, including Mayor Christine Dansereau, who filled the seat vacated by Mayor Holley when he moved up to replace then-Assemblyman and now Sheriff Joe Cryan. On one leg of his campaign swing, the new assemblyman walked with the Reverend Reginald Atkins, his at-large council candidate, and later in the evening he joined ward candidate Sam Bishop for a walk through the 5th Ward.

“They’ve been out of touch and out of tune while we’ve been putting people back to work,” said Holley, when asked about Farina, Monteiro and his Democratic Primary foes.

There’s a lot of new development in Roselle and stabilized property taxes, and the assemblyman who served as mayor for four years before handing the reins to Dansereau campaigns with a vigorous work rate. Elizabeth Board of Ed allies gloomily acknowledge his zest for campaigning and the potential for the Democratic Primary for mayor to spike turnout in Roselle, but they also claim local politics have pinned Holley down with local politics, leaving his Elizabeth-based running mate Quijano mostly on phone duty in the district’s biggest town. He was in Roselle tonight but said he’s routinely campaigning district-wide.

“I’m not going to feed into the politics,” he told PolitickerNJ when asked about Kean University’s acquisition of the Merck property in question. “No where does it say anything about an assemblyman’s role involving the activities and decisions of Kean. I’m a proud graduate of Kean University.”

He flashed a smile amid horn honks and hand waves of passersby who recognize the dynamic 35-year old former mayor.  “We’re running to continue the progress,” he said, bounding down the steps of another house on a doorbell ringing swing down another residential block. “The woman I just talked to doesn’t want to talk about property taxes – because those are stabilized, but about deer overcrowding.”

In Elizabeth, Farina headed out on North Avenue to go reinforce in person the message of his and Monteiro’s mailers.

Earlier this week, the New Jersey Teachers Association (NJEA) backed the party organization-connected Holley and Quijano, passing up Farina, the educator by trade. “I was shocked,” Farina said. “But it is what it is. It doesn’t make or break me. I told them ‘Who better to have one of your own down in Trenton?’ But it didn’t work out that way.”

Aligned with Monteiro, Farina identifies another defining feature of his candidacy: the fact that he lives in Union Twp., home to former Assemblyman Cryan. “It’s the second biggest town in the district and it doesn’t have a representative,” Farina said. “That’s why I’m doing it.”

The ground wars were on tonight in LD20: inevitably unabated air wars to follow. 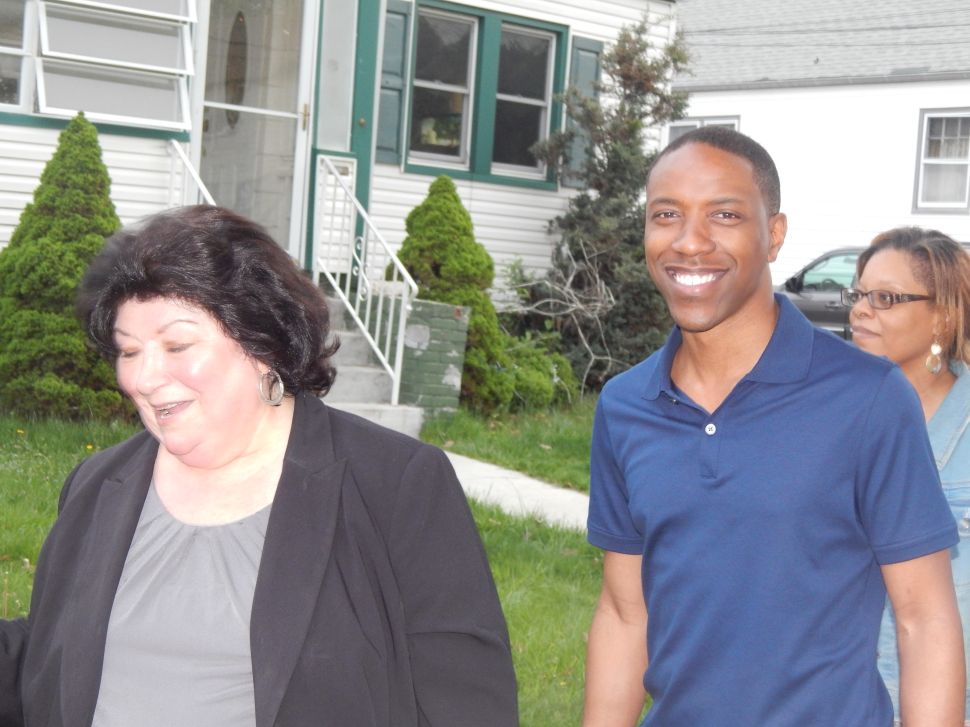