CANNES, France — Forbidden love has made the critics swoon. Todd Haynes’ hotly anticipated lesbian romance Carol debuted over the weekend and has promptly become the frontrunner for Cannes’ top prize, the Palme d’Or.

An achingly tender New York love story between Cate Blanchett’s unhappily married suburban socialite and Rooney Mara’s mousey department store clerk, Carol is a ravishing experience with luminescent leads whose smoldering chemistry is expertly subdued. Never has a mid-century period piece felt so modern—at least not since Haynes’ masterful 2002 film Far From Heaven, an ode to Douglas Sirk’s candy-colored Hollywood as well as an appropriation of its tropes to overtly address male homosexuality.

This time Haynes focuses on the fairer sex, first using Patricia Highsmith’s semiautobiographical novel The Price of Salt—published under the pseudonym Claire Morgan and a landmark in gay literature for its unrepentant protagonists—then eschewing the formalist mannerisms of Far from Heaven for a more muted, and more modern, expressionistic style. Highsmith, an author frequently adapted to the big screen and better known for suspense novels such as Strangers on a Train and The Talented Mr. Ripley, seems an odd person to pen an unabashed love story. But the delicately understated tale first starts as a suspenseful wink-wink conspiracy, with stolen glances and coded language, before it grows ever bolder as the couple’s taboo desire transcends its gender underpinnings to transform into a larger, more radical and fundamental declaration of personal freedoms, regardless of sexual preference, on the cusp of a constricting conservative Eisenhower era.

“Her sexuality is a private affair,” said Blanchett at a standing-room-only press conference the day after it first screened for journalists. “And what often happens is these days if you are homosexual, you have to talk about it constantly, it has to be put before any other aspect of your personality.” And despite the great strides in LGBT rights throughout many developed countries, there are, of course, still many more that continue to repress. “We’re living in deeply conservative times,” continued Blanchett. “And if we think otherwise we’re very foolish.”

That sentiment rang too true as recently as this morning, as 2010 Palme d’Or winner Apichatpong Weerasethakul presented his latest film, the beautifully mournful (and, for him, characteristically supernatural) drama Cemetery of Splendor. Onstage with his crew to introduce the film, the Thai director also gave a shout-out to Jim, his lover of 10 years, and made mention of his country’s restrictive policies.  “Thank you,” he said, “for making an oppressive time tolerable.” 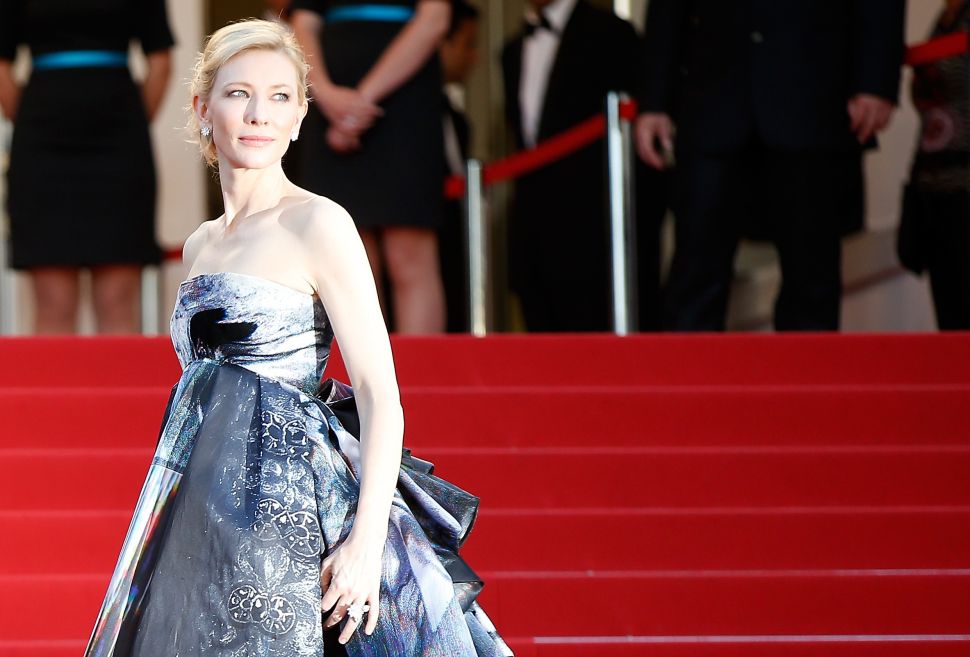