Public Advocate Letitia James yesterday met with tenants and advocates, and announced support for a set of pro-renter measures—including her plan to add to her office’s annual ‘Worst Landlords List’ the names of financial institutions that provide the offending property owners with loans.

After moderating a forum of tenants group leaders at 1199 SEIU’s credit union headquarters on 43rd Street, Ms. James urged the audience to take an aggressive posture toward the state legislators—one half of which is controlled by real estate industry-friendly Republicans—to pressure them into fortifying the city’s rent regulations when they come up for renewal this year this year. She also declared her intention to expose and embarrass banks that help finance landlords her office finds to be bad actors.

“When they go to Albany and when they return, we got to be in their face! We’ve got to strengthen rent laws, it’s just not enough to renew it,” she said. “As part of our worst landlord list, we now want to put a face to the worst landlords list, also putting the banks, listing the banks.”

Ms. James told the Observer that her office was in the midst of research on “the banks behind the worst landlords” and would be releasing the information shortly. The public advocate also called on the Council to pass the “right-to-counsel” bill that would guarantee an attorney to every one in housing court proceedings.

Ms. James then met personally downstairs with tenants organizing through the Metropolitan Council on Housing and the Crown Heights Tenant Association against their own landlords. Most described property owners refusing to make repairs to their units, taking them to housing court, offering themselves and neighbors buyouts to leave and making unnecessary major capital improvements to the buildings in order to raise the rent. They added they live with a constant background noise of construction in their buildings, creating cracks in walls and ceilings and even flooding their apartments with fumes and dust.

“They have gutted the majority of apartments in my building. Those of us who are still living there, my apartment has been destroyed,” said Alicia Blackwell, who has lived in her rent-controlled unit on 128th Street in Harlem for 48 years, adding that her landlord has persisted in taking her to court despite her health conditions. “They want me out at any cost whatsoever. I thought there were laws that protected us.”

Others noted an increase of younger residents in their buildings, often on preferential rents or six-month leases, who would leave when either expired, allowing the landlord to make a vacancy increase.

“They don’t know the history of their apartments, or how the rent laws work,” Donna Mossman, a resident of a building that was recently owned by a company run by the wife of accused murderer Robert Durst.

Ms. James blamed their problems on lack of regulation.

“It’s a lot of underperforming buildings, where basically landlords want to take advantage of market forces and you have a lot of MCI abuses, vacancy bonus abuses, tenant harassment, and you have landlords who are filing a lot of false instruments in city agencies. And there’s not a lot of oversight, inspectors,” Ms. James said. 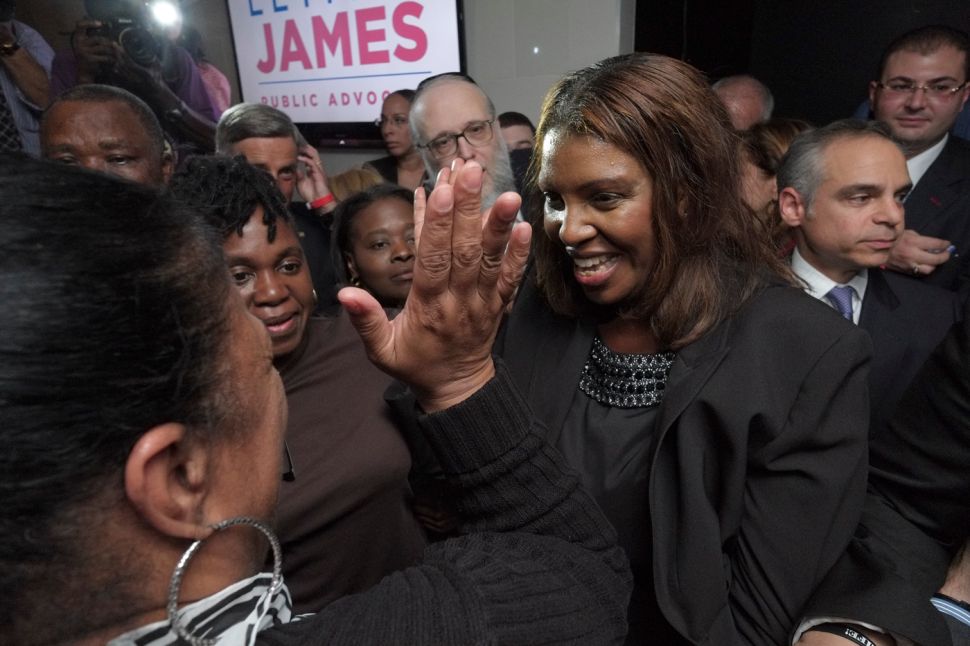