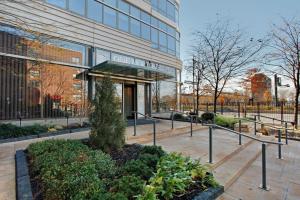 It can be awkward trying to get your neighbors to move away, much as asking someone not to sit next to you in a meeting or at a bar can be awkward. People are liable to take such requests the wrong way. But to jettison neighbors without causing offense, it’s often best to assure them that it’s not a matter of noise or odor–that really, you just want their stuff. That anyway, was the strategy of Jennifer Miller, a broker at Corcoran, and her hedge-funder husband, at 1 Morton Square, where the couple spent the better part of 2011 persuading the folks in the fifth-floor condo next to their own–which they hoped to absorb to create a sprawling family apartment–that they might be more comfortable elsewhere.

It didn’t work. But the neighbors reached the same conclusion independently some months later, and Ms. Miller and co. swiftly snapped up the vacant unit and set to creating what they’d long had in mind: a West Village apartment with a big, open “Soho loft feel.” Their original apartment, which they’d bought in 2007 from then-item Amy Poehler and Will Arnett, ballooned to 3,300 square feet, and the renovated combination recently returned to the market, asking $9.995 million. “We took everything out,” Ms. Miller recalled. “Every wall, every ceiling, every pipe, every wire. We wanted really grand common spaces where we could entertain, but we also wanted our living quarters to feel private.” 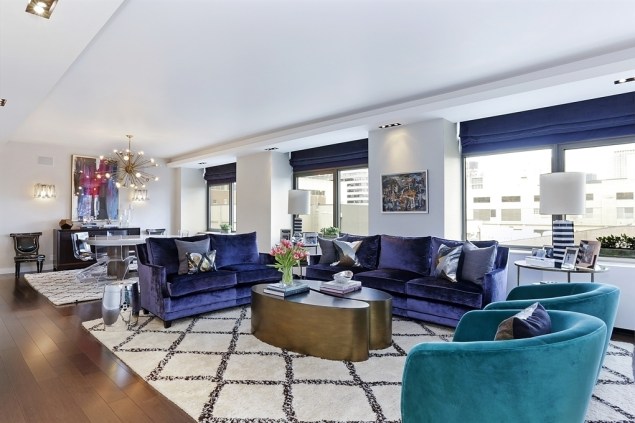 The light-filled four-bedroom result, with a 34-foot living room and walls and walls of windows, “gave us what we were looking to achieve,” she said. “This is the property that everyone in the West Village wants, but it’s unattainable. Certainly, there are some new developments that have catered to this demand, but when the product is delivered, it’s going to be a blank slate. On one hand, that’s great, but on the other, it’s not going to have the high-level customizations that we already have.” The neighborhood has plenty of townhouses, Ms. Miller acknowledged, which offer similar–and greater amounts of–space, but buyers must forgo doormen, concierge serves and automatized property upkeep.

So where are Ms. Miller and her family bound? The suburbs, of course! Where no one thinks twice about things like taking out the trash or signing for packages. 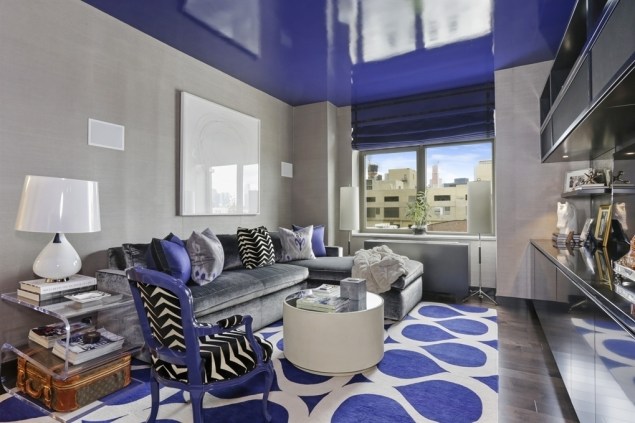 Really blue. (Or is it purple?) 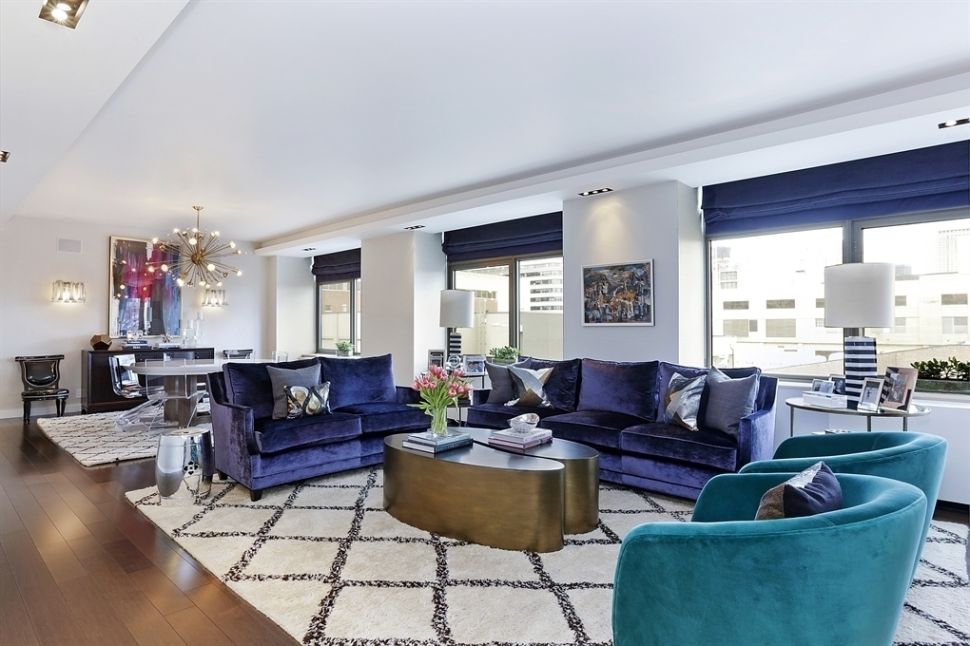