Members of the press have been calling me non-stop about our gala dinner on May 28, the annual Champion of Jewish Values International Awards Gala. They are interested in Anne Frank’s best friend, Jacqueline Van Maarsen, who will be traveling from Amsterdam. They want to know what Senators Menendez and Cruz plan to say. They seek to discover if our guest of honor, Nobel Laureate Elie Wiesel, has ever previously met the friend whom Anne Frank writes about in her diary or Sir Ben Kingsley, who will be accepting a Holocaust memory award. But above all else they want to know about Dr. Miriam and Sheldon Adelson.

Much, of course, has been written about Sheldon. Less so about his partner in every aspect of their public lives, Miriam.

In March 2014, I received a phone call from my friend Miriam Adelson asking me to read a New York Times article that had just come out detailing the story of the “Afghan-Muslim” Romeo and Juliet. The story, by Rod Nordland, a Pulitzer prize-winning New York Times Kabul bureau chief, detailed the moving and romantic tale of Mohammad and Zakia, two young people from Afghanistan who had fallen in love against the wishes of the girl’s family. Zakia is a Tajik Sunni Muslim while Mohammad is a Hazara Shia Muslim. Marriages between the two groups are seen as dishonorable by the Tajiks. Zakia faced the possibility of an honor killing by her own family, specifically her father and brothers, for threatening to run off with Mohammad and marry him.

Miriam Adelson expressed to me how moved she was by the romantic story.

After some searching I tracked down the reporter in Afghanistan who had written the story. He shared with me the urgency of the couple’s situation. It was difficult to help them, as they were in hiding. He described the safe house that Zakia had fled to for protection—a women’s shelter in Bamian, where Zakia could find temporary refuge from her family’s threats of death. It was ruled that she would be legally required to remain at the shelter, pending the court’s final decision whether she would be forcibly returned to her family or not.

However, Mr. Nordland explained that now, in an ironic twist of fate, Fatima Kazimi, the woman officially employed by the Afghan government to run the shelter, had now had her own life and that of her family endangered for her efforts to help prevent the likely honor killing Zakia was facing. In particular, Fatima had been accused of aiding Zakia’s escape from the women’s shelter and complicity in her elopement with Mohammed Ali. Fatima was threatened with death for her actions.

We could not fully help Mohamed and Zakia as they were still in hiding. But Miriam insisted on rescuing Fatima and her family, and extracting them from Afghanistan so that they would not be harmed. I had conversations with the United States government, specifically the office of Samantha Power, whom I had supported for the position of United Nations Ambassador because of her anti-genocide voice, and the embassy in Kabul, asking that asylum for the family be granted in the United States. It all proved fruitless. But I was able to reach out to my friend the president of Rwanda, Paul Kagame, and ask him for political asylum for the couple. He happily agreed. They were able to escape via India and are now safely in Rwanda. All of this was inspired and funded by Miriam Adelson. She called and coordinated with me day and night to ensure that this family would be rescued.

Stories like these are common for Miriam. I’m always amazed at the criticism she and her husband Sheldon get from those who do not know them. The critics focus on the Adelsons’ support of the Republican Party. In truth, political activities comprise a small part of their public activities. They are much more involved in—and put far greater funds toward—innumerable philanthropic activities. The only reason I can disclose this particular story is that the family in Afghanistan publicly thanked Miriam for her efforts to rescue them and Miriam’s name appeared in The New York Times.

Miriam received her medical training at Tel Aviv University and Sackler School of Medicine. An addiction specialist, she opened the Dr. Miriam and Sheldon G. Adelson Clinic for Drug Abuse Treatment & Research in Las Vegas Nevada and in Tel Aviv Israel. When I took Dr. Mehmet Oz and his family for their first visit to Israel in the summer of 2013, Dr. Oz was highly impressed during our visit to the Tel Aviv addiction clinic.

Miriam does not merely provide funding for the clinics. She is actively involved in saving the lives of patients and spends a great number hours in the Las Vegas clinic. I remember that she once called me in a very despondent mood and tearfully related to me how an addict, a mother who she had worked with for months, had overdosed. Miriam was inconsolable.

On Yom Haatzmaut, Israel Independence Day of this year, Miriam invited me to speak about Israel at the Jewish Day school that she and Sheldon built. She not only attended the speech, but remained there for hours after, watching with joy as the children danced in celebration of the Jewish state’s birthday. Miriam’s passions are the American military and the Wounded Warriors Project, medical research, and above all her native state of Israel. Miriam knows first-hand the importance of ensuring the Jewish people’s safety and security. Her mother’s entire family, around 80 members, were murdered in Poland during the Holocaust. Her mother alone survived because she had moved to Israel.

Miriam is not only involved with countless charities, like Birthright, that support Israel, but she’s prepared to put her name and reputation on the line to defend the Jewish state, even as she incurs nonstop attacks from Israel haters throughtout the world who threaten her and her husband.

As a Rabbi and a Jewish activist who shares Miriam’s passion for Israel and the Jewish people, I have always admired how much time, energy, and resources she dedicates to Israel. And she doesn’t just write checks—which would be plenty. Miriam is constantly at work and on the phone, helping to direct and steer Jewish philanthropies toward providing for people who are in need and giving to causes that involve the defense of Israel.

Miriam has also been a great friend to me personally, as well. On the many occasions when I have felt disheartened at the growing anti-Semitism around the world, and the demonization of the state of Israel, Miriam has reminded me that throughout history there have been a select few, “Maccabees” as she calls them, who have emerged to stand up for and defend the Jewish people.

There are few more gallant warriors as dedicated to defending Israel and those in need than Miri, as she is affectionately known to her many friend and admirers.

On 28 May, we look forward to publicly honoring a lioness of the Jewish people and an unequaled champion of the first Jewish state in 2000 years.

Shmuley Boteach, “America’s Rabbi,” whom The Washington Post calls “the most famous Rabbi in America,” is founder of The World Values Network and is the international best-selling author of 30 books, including The Fed-up Man of Faith: Challenging God in the Face of Tragedy and Suffering. Follow him on Twitter @RabbiShmuley. 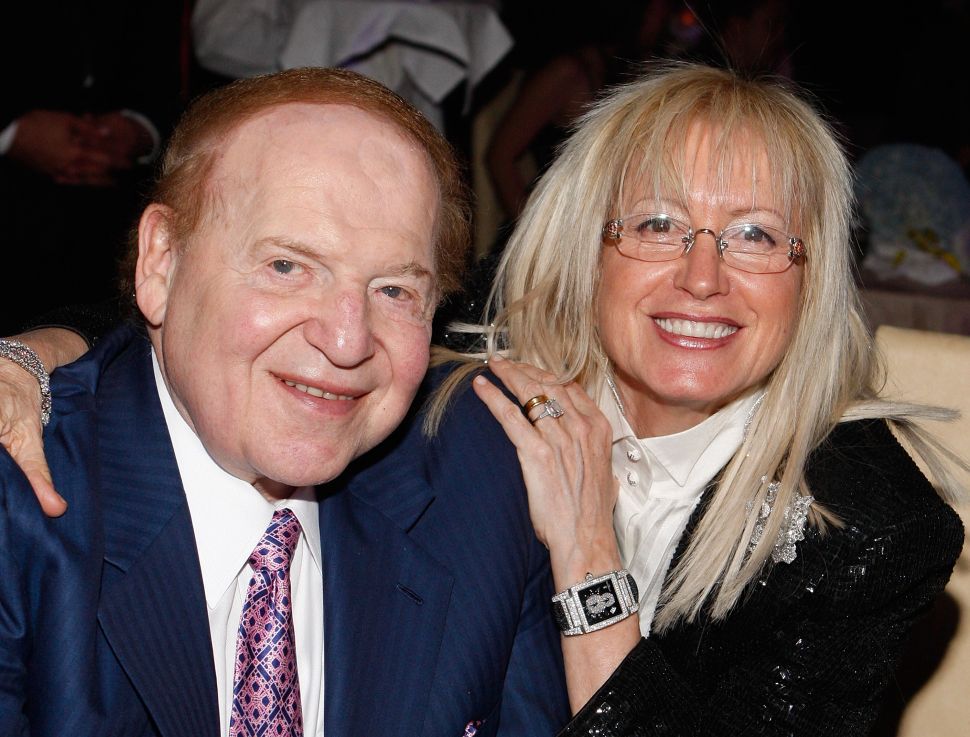