You may recall on the season 6th premiere episode “The Doorway” where after a Sheraton-sponsored beach vacation to Hawaii, Don presented a campaign to the hotel brass consisting of a man shedding his suit, before wading out into the ocean. At the moment, Don’s life mirrors that campaign as he sheds all of his earthly possessions while making his way out west. So far, Don has shed his marriage, his apartment, his job, a million dollar stake in the SC & P buyout, his car, and most of the trappings comprising the persona of Don Draper.

Unfortunately, the timing of Don’s conversion to the ol’ hobo code couldn’t be worse. Back on the east coast, the third woman Don has ever loved has fallen victim to cancer. Betty joins Anna Draper and Rachel Mencken as casualties of the disease. Plus, given all the heavy smoking we’ve seen on this series, and the fact that the premiere episode revolved around Don comprising a Lucky Strike campaign that sidestepped the conversation regarding smoking’s health risks,  it was only a matter of time before someone suffered some consequences. In this case, it looks like Betty Draper has a tumor the size of a grapefruit nestled deep in her chest.

Betty accepts her fate with a dignity and grace that appalls Henry. “I’ve learned to trust people when they say it’s over, “ reasons Betty,” They don’t want to say it, so it’s usually the truth.” However, her husband is convinced either blind luck or a phone call to his boss, a Rockefeller, can save his wife.

And because no one can ever let Sally Draper just be a kid, Henry comes to see her and spills the beans about Betty’s diagnosis, against Betty’s wishes. Then comes the moment where Henry gives Sally permission to cry, except he’s really granting it to himself before he breaks down, finally accepting that his wife is living on borrowed time.

If Betty has been accused of being cold and unfeeling, especially towards Sally, much of that criticism is laid to rest in the letter she writes to her daughter instructing her on how to handle Betty’s imminent funeral arrangements. Kudos to Kiernan Shipka’s teary performance. And I won’t deny misting up myself when Betty gathered up her books to go back to class despite only having a few months left.

Someone who is receiving a remarkably better send-off is Pete Campbell. His redemption arc has him transitioning from bratty, blue blood serial attempted date rapist to salt of the earth family man putting down roots in the midwest, courtesy of a recruitment to a plum executive position at Learjet thanks to a completely sauced Duck Phillips. As pitiful as Duck comes across since he’s perpetually lit, he does seem to nail the camaraderie between Ivy League educated elites when he spits out “Don’t pretend you won’t jack each other off” at Pete over a meeting with a Learjet executive. Despite that gem of a line, I’d still watch a Better Call Style-style spin off show where Duck’s abandoned dog Chauncey finally has his reckoning for being let loose on the streets of Manhattan.

A dinner with Pete’s philandering brother causes him to question his own history of stepping out on his wife and before long, he manages to reconcile with Trudy before setting off to a sweet job in Wichita, Kansas. Trudy taking Pete back seems like one of the realistic things to ever happen on the show, plus, Trudy is clearly getting the short end of the stick here. However, Alison Brie and Vincent Kartheiser have always had marvelous chemistry onscreen. Anyway, congratulations on getting the happy ending we always hoped would be for Joan, Pete. Sure, life has never been known to be particularly fair, and as this show illustrates time and time again, that was even more true forty-five years ago. The Pete Campbells of the world always won back then and they will always win now. Fuck the Pete Campbells.

Plus, let’s all collectively call bullshit on Pete’s claim that Trudy was the only woman he ever loved. We all know he loved Peggy as much as that “show up at your door in the middle of the night” creeper can love anyone. Come on, now.

Over in Oklahoma, Don is holed up in a motel, binging on paperbacks and going from handling Coke accounts to fixing the actual Coke machine. The motel owner cons Don into attending a low rent fundraiser for a local vet who managed to burn down his kitchen. He’s pulled into a war story session by some other vets from World War II and Korea before dropping his Don Draper guard and admitting that Dick Whitman accidentally killed his CO by accidentally dropping his lighter while they are under enemy fire. A grizzled old man at the table one-ups him with a harrowing story involving cannibalism and the consensus is reached that everyone just did what they had to do “to get back home.” For a moment, a fake out instance of recognition from a Korea vet looked like it was about to evoke the opening dream sequence where a cop pulls Don over and tells him that he’s finally been exposed as the fraud he’s always been.

Unfortunately, this closeness is short lived as Don is soon receiving several blows from a telephone book from the motel owner after the local vets are convinced that Don stole 500 dollars from the fundraiser. Or course, it wasn’t Don, but the motel’s handyman, housekeeper, liquor delivery person, and aspiring grifter and budding Don Draper Jr.

Don gives the young con man a harsh, but paternal dressing down, while correcting the kid’s grammar. He manages to succeed in talking the kid into handing over the money at the risk of having to leave town and become someone else. Don knows all too well what becoming someone else entails.

At the bus stop, Don then gives the kid one last vote of confidence and hands over his car to Don Draper III. Once Don is unburdened with the last of his possessions, he basks in the sunlight in his aviator shades, which is a nice break from his usual staring out into the void. He doesn’t verbalize a destination, but we can safely assume that it’s California, right? 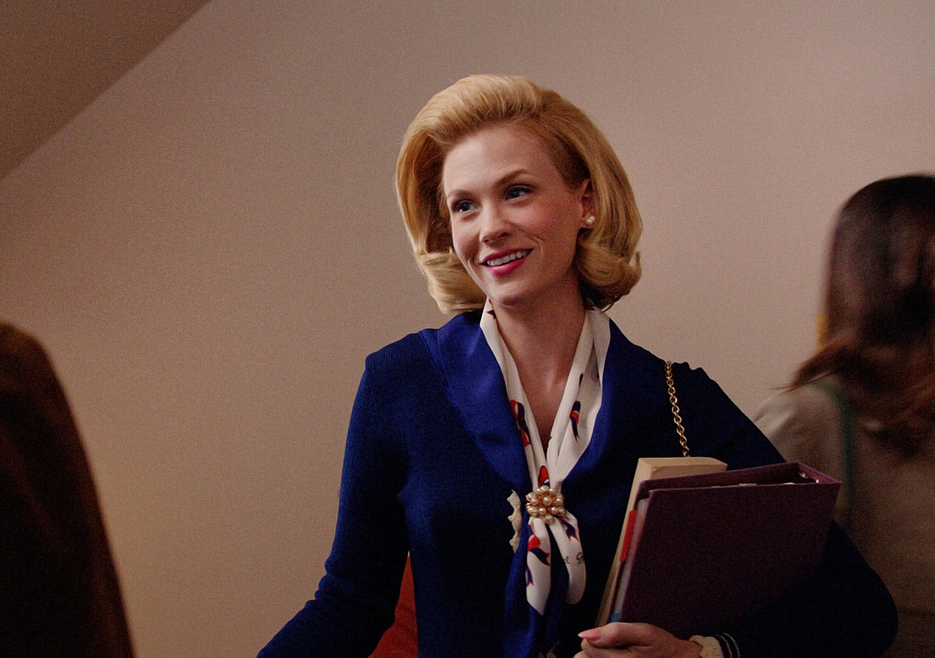