On many a morning, Matthew Modine and I used to share breakfast together—just not at the same table. We both frequented a now-defunct café on Waverly Place and would occasionally kibitz across the tables. The 56-year-old actor, who made his bones in Full Metal Jacket and who stars in the new TNT series Proof, always struck me as calm, kind and quick with a joke. Perhaps he was just putting on an act, but I don’t think so, judging by Mr. Modine’s warm, approachable demeanor while chatting the other day over chai outside Dominique Ansel’s new West Village bakery.

Kevin Bacon recently told the Observer that he rides the subway to conduct research. How do you use the city to refine your skills? When I was young, I was broke. And the girl that I’m married to, I was dating. She was kind of paying for everything and it was very emasculating. And they had a sale on lemons in the deli beneath my apartment. So I made all this lemonade and I was selling it on 42nd and Lexington. And a guy rode up on a Raleigh Beach Cruiser, threw it down on the ground and ran. I looked to see who was chasing him. The bike just lay there and I said, “If I finish selling my lemonade, and nobody comes back for that bicycle, it’s mine.” That bicycle became my mode of transportation and my gym. And part of the success of my career was being able to get from one side of town to the other quickly to go on not two auditions, but maybe four, five auditions.

Do you still own the bike? The bike finally broke in half. I got another exactly like it. My son took it to college and somebody stole it.

As a longtime environmentalist, why do you think public attention on global warming has faded? My son, who’s much brighter than me, believes that before any change will come, we have to reach a point of disaster. I mean some people keep sucking on cigarettes even though they’ve got emphysema. They have a breathe-hole and they smoke cigarettes through the hole [in their throats].

In Proof, you play a billionaire with terminal cancer who funds a radical life-after-death project. Have you had a near-death experience? I jumped out of an airplane and the parachute didn’t open. It was flapping, a streamer. And, I reached down and grabbed those handles, man, and pumped and pumped and pumped, and it finally opened. That was probably the most horrifying experience I’ve ever had. When I watch somebody in a commercial jump out of a plane, and they’re spinning, it makes me nauseous.

What did your parents teach you about heaven and hell? Nothing. They were too busy. When the first child’s born, you rush them to the doctor when they get a fever. The second: ‘Oh, it’s going to be fine. By the time you get to the seventh child you just say, ‘Don’t worry, it’ll stop bleeding.’ And so I kind of grew up like that, like a wild, wild child.

You grew up in a big family, one of seven kids. I assumed you must have been Irish Catholic. I was actually Mormon

Was your dad devout? No. When we moved to Utah, because he was a drive-in theater manager, his mom told him it would be good to join the Mormon church. He had become a bishop. They were sending some kids to Japan [on mission] and he said, ‘Let’s have a hypothetical conversation.’ And they said, ‘A hypothetical conversation about what, Reverend Modine? ‘You’re sending these kids to Japan, what happens when they encounter two young Buddhists?’ They said, ‘Well, what’s the point in the conversation?’ My dad said, ‘Well, we’re talking about the history of Buddhism and antiquity of Buddhism and the similarities of Buddhism and Christianity. And they said, ‘Look, there’s no point to that conversation. The point is, to Mormons, that we’re going to convert the two Buddhists. That’s the end of the story.’ And my dad said, ‘Thanks, I’m done.’ And he left the church.

What films at your dad’s drive-in do you remember? Little Big Man. And it was because it was the first time, maybe ever, certainly that I’d ever seen, where it turned the cameras from the point of view of the white man to being attacked by Indians to the Indians being attacked by the white man. Arthur Penn directed it and I took on all the white man guilt. In Utah, I was going to school with a lot of Navajo Indians, who were living on reservations., and it just made me so ashamed of this manifest destiny.

You recently acted in a short film directed by your son Boman. Did you take his direction well? It’s hard, you know. You want him to do well, and you’ve learned a lot in your life. I mean I’ve worked with Stanley Kubrick, Robert Altman, John Schlesinger, some amazing filmmakers, so I’ve learned a lot. If he was a young whippersnapper that I didn’t know, you would give him some advice and maybe he’d take it. But when it’s your son, it doesn’t work that way. The same as if I was a shoe salesman and trying to teach my son the business of selling shoes, the son is going to push back. And they’re supposed to. My son is so much brighter than me, but I’ve got so much on him in experience, so that creates a complication of experience versus intelligence. 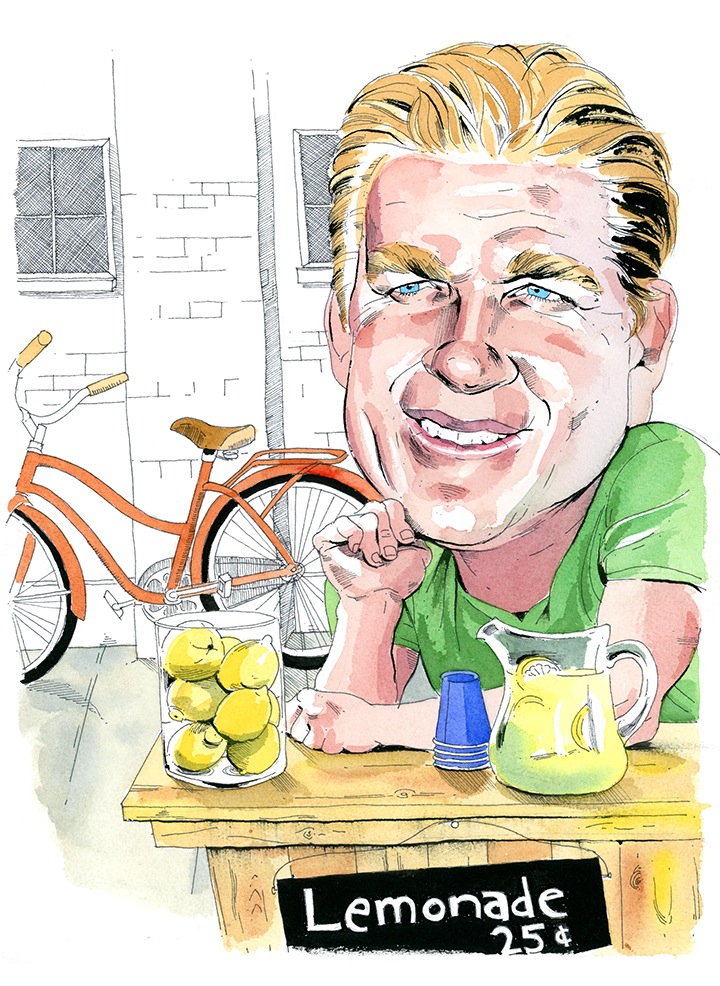