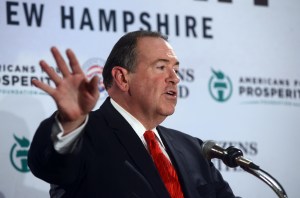 In the last few days the field of Republican candidates for the 2016 presidential campaign has expanded as Ben Carson, Carly Fiorina and Mike Huckabee, all long shots for the nomination, have announced their candidacies. The trio are each interesting politicians, or non-politicians as the case may be, who will struggle to compete with the better funded candidates with broader support within the Republican Party, such as Governors Jeb Bush and Scott Walker. The crop of new candidates have almost nothing to lose by running for President. Sharing a stage, if only for a few weeks, with possible future Presidents will raise their stature and better position them for future book deals, speaking engagements or jobs at Fox News.

Although their chances of being their party’s nominee for President are quite small, all three of these new entrants into the race will reshape the contour of the field. If a minor candidate wins even two to five percent of the vote in a crowded primary, that can change the race’s outcome. If three candidates do that, it means that at least six to fifteen percent of the vote has been taken away from major candidates. Given how many state primaries are decided by a small margin, that impact could be significant.

The increasing size of the field benefits Senator Rand Paul, who has positioned himself as the only candidate on the Libertarian wing of the Republican Party. Thus, he has both a more or less guaranteed minimum amount of votes, but also a relatively low ceiling. If that ceiling is 22 percent, Paul cannot win in a four candidate race. However, it is possible now that in, for example Iowa or New Hampshire, Paul could win with 22 percent given that as much as fifteen percent of the vote will be scattered among minor candidates leaving and Mr. Bush, Mr. Walker, Senator Marco Rubio and Senator Ted Cruz to split the remaining 65-70. If others like Governor Bobby Jindal or former Texas governor Rick Perry enter the race, Mr. Paul’s chances for victory increase further.

Although by the time the Iowa caucus roles around in early January of 2016, there could be ten or more candidates, that is unlikely to remain the case after the first few primaries. By the time the big states cast their votes, the race will likely narrow to fewer candidates, making it more difficult for Mr. Paul’s ideal scenario to lead to the nomination. Nonetheless, a few early primary wins, even if they occur because of the increasing number and type of a candidates, will help change perceptions of the race.

Although Ms. Fiorina is not primarily known as a social conservative, Mr. Huckabee, Dr. Carson and several other potential candidates are. This is bad news for social conservatives who will probably see their vote split. However, given the social policies of candidates like Mr. Walker and Mr. Bush, who differ more in emphasis than in policy prescription from more outspoken right-wing candidates, social conservatives know with some certainty that the Republicans will nominate somebody who shares these views. The candidate who has the most to lose is Mr. Cruz. After an early announcement the ultra-conservative Senator from Texas seemed to be emerging as the choice of the far right, but he will now lose votes to newer candidates.

The early Republican primaries will have many candidates, with coverage focusing mostly on the top tier, but what happens in the second tier could be very significant. If Dr. Carson jumps from six to ten percent in Iowa right before the election, or Mr. Huckabee catches fire in New Hampshire, this will not make it any more likely that either will become President, but it could lead to a surprise caucus win by Rand Paul or a disappointing primary showing for Ted Cruz.

LINCOLN MITCHELL: WHY MUCH OF THE CONVENTIONAL WISDOM ABOUT 2016 IS WRONG 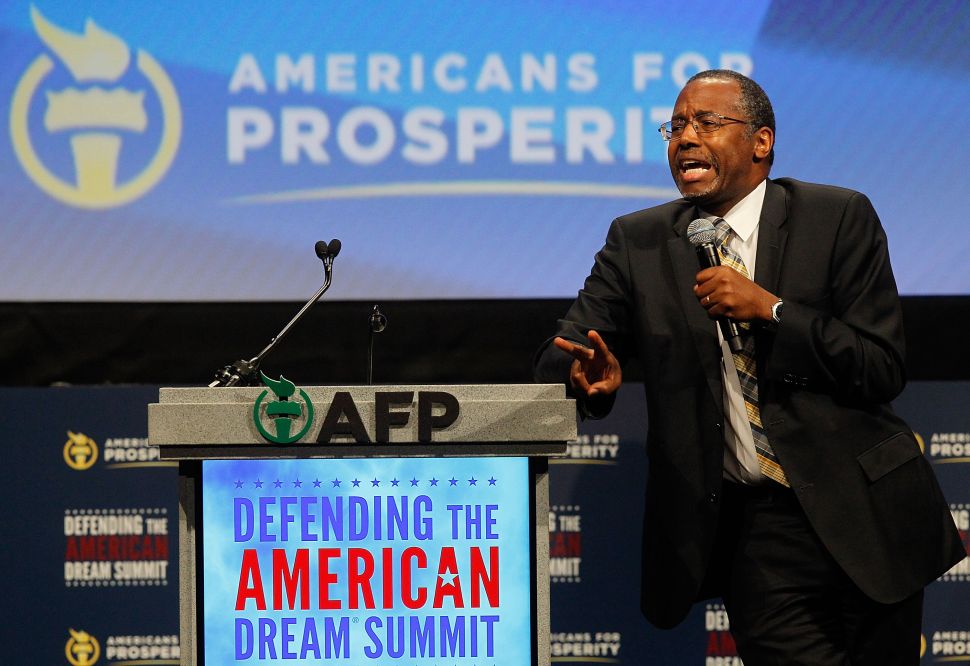