NEWARK – It was a small moment magnified by an intellectual battle waged between two New Jersey wordsmiths over Governor Chris Christie’s dirty words.

Yards apart at the Wednesday night opening of NJTV’s new television studio in downtown Newark stood Tom Moran, the editorial page editor of The Star-Ledger, and Bruno Tedeschi, former State House editor at The Record and a former colleague of Moran at The Star-Ledger.

Tedeschi, now a media and political consultant at Jaffe Communications in Newark, recorded Governor Christie’s expletive-laden speech last week at the annual New Jersey Legislative Correspondents’ Club show, then documented the diatribe in the firm’s daily email newsletter blast that he sent out the following morning.

Moran subsequently slapped at Tedeschi’s treatise, maintaining that he had violated “a tradition of restraint” by publishing his account of the searing speech. Tedeschi stated that no such tradition had been broken, contending that the event stopped being off the record back in 1994.

But besides the fact that Moran and Tedeschi had slung sentences at each other like journalistic javelins in recent days, the two word warriors seemed to achieve a delicate detente at the NJTV event.

“Hey, a lot of people read my column because of him,” said Moran as he shook Tedeschi’s hand. 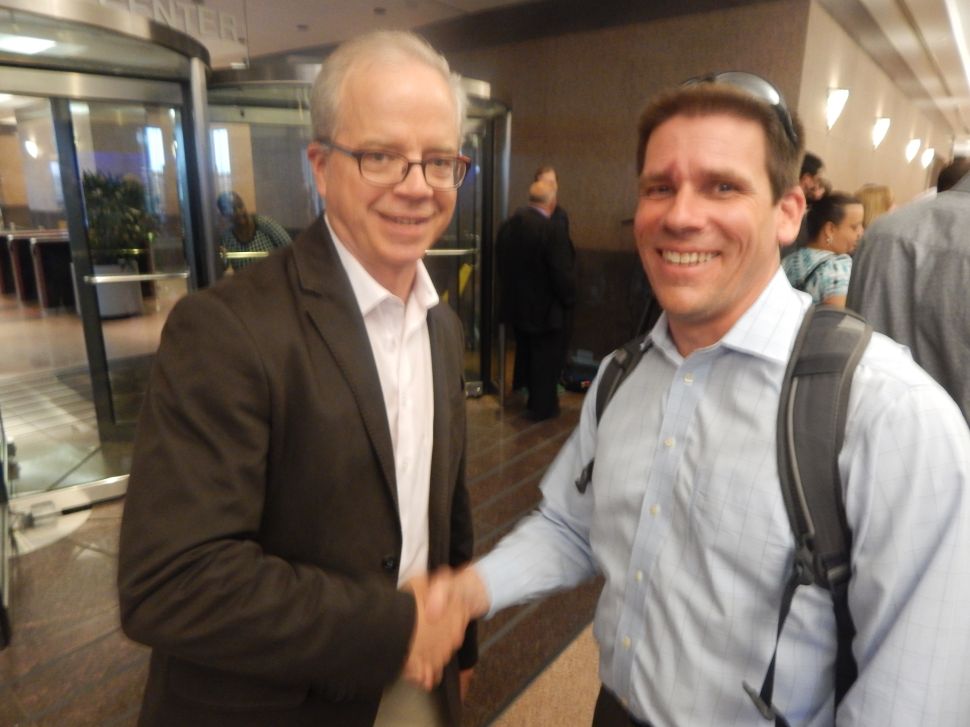