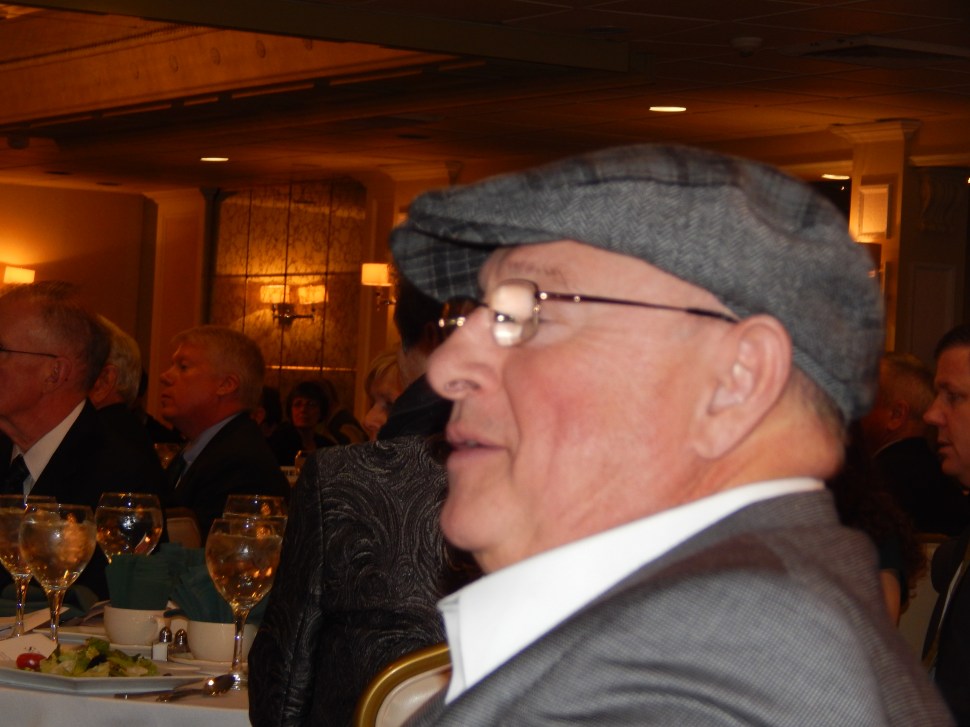 Christie has ‘no one to blame but himself’ for Bridgegate, Doherty says

As the dust begins to settle around the guilty plea and nine-count indictments of three former members of Gov. Chris Christie’s inner circle in connection with the closing of access lanes at the George Washington Bridge in 2013, one Republican state senator — speaking out of tune with many of his colleagues — has some harsh words for the presidential hopeful.

“The seeds for this entire event were planted when Chris Christie made the decision that he was going to run for reelection and basically ignore the Republican candidates that were running, including those running for the legislature,” said state Senator Mike Doherty (R-23), a ranking GOP member of the legislature. “His obsession with getting these 100 Democratic mayors led to this entire Bridgegate scandal. (Brush/PolitickerNJ)

Christie has ‘no one to blame but himself’ for Bridgegate, NJ GOP senator says | New Jersey News, Politics, Opinion, and Analysis

LD20 Primary Battle: Holley versus Farina in the streets of Roselle and Elizabeth

ELIZABETH/ROSELLE – Mario Vargas Lllosa wrote a book called “The War of the End of the World,” which approximates the way it gets around here every campaign season, though the world each time somehow survives and provides yet another strangely sustaining political apocalypse. (Pizarro/PolitickerNJ)

LD20 Primary Battle: Holley versus Farina in the streets of Roselle and Elizabeth | New Jersey News, Politics, Opinion, and Analysis

NORTH BERGEN — After the opposition accused the incumbent of habitually promoting voter fraud to steal town-wide elections yesterday afternoon, the campaign team of North Bergen Mayor Nick Sacco shot back today with their own charge.

Forget voter fraud, they say. Larry Wainstein doesn’t even live in the town he’s jockeying to be the mayor of. (Brush/PolitickerNJ)

Tight Race for SBA Secretary Heads to a Runoff

A statewide election took place yesterday and it captivated the attention of … almost no one. But for the lawyers of New Jersey – specifically the ones who are members of the State Bar Association and voted to determine their next secretary—the election was filled with drama. (Kurson/PolitickerNJ)

“The DCCC is actively recruiting Jeff Van Drew to run against Frank LoBiondo,” the Democratic source said, “Staff from the DCCC met with Van Drew in his [legislative] district in New Jersey.” (Bonamo/PolitickerNJ)

The state Supreme Court is scheduled to hear from lawyers for Gov. Chris Christie’s administration, public workers’ unions and others on Wednesday as it dips into the politically and financially fraught question of whether courts should force New Jersey to use more taxpayer money to beef up pension funds. (Associated Press)

New Jersey expecting up to $200 million in extra revenue

New Jersey officials expect to collect up to $200 million in additional revenue between now and June 30, a windfall that Gov. Chris Christie is proposing using for pensions for public workers.

The additional sum, if achieved, is still just one-eighth of the nearly $1.6 billion that a superior court judge ordered lawmakers to pay into the system after more than a dozen public sector unions filed suit to force the administration to make the full $2.2 billion payment that Christie had agreed to as part of a 2011 deal. (Colvin and Mulvlhill/The Record)

After the movie “On The Waterfront” introduced America to corruption on the docks, Congress created the New York and New Jersey Waterfront Commission.

Sixty years later, a bill to allow New Jersey to pull out of the bi-state compact passed unanimously in Trenton. (Aron/NJTV)

Out of control fire, fueled by wood construction and aided by wind, ripping through a relatively new apartment development in Edgewater earlier this year. Luckily no one died, but 500 apartment units were destroyed and scores of firefighters were put in harm’s way. That’s a worst case scenario. But today firefighters from around New Jersey gathered at the State House to call on the governor to sign a bill that would mandate all new one- and two-family dwellings to have sprinkler systems. The bill — the New Home Fire Safety Act — passed both chambers and awaits the governor’s signature. (Cruz/NJTV)

Small co-ops and shop owners know New Jersey’s been handing out special, multi-million dollar tax breaks to big corporations to keep jobs here in Jersey — $5 billion since 2010. Some say they’d like a slice of that largesse.

“Spread the money more around, and they give more opportunity to small business and medium business, it’s not just helping out the big business,” said Douglass Pizza owner Said Selim. (Flanagan/NJTV)

Though it’s inevitably forced some to rethink their support for the Republican’s presidential prospects, Bridgegate is apparently not deterring those behind one Gov. Chris Christie’s most powerful political assests: his super PAC. (Brush/PolitickerNJ)

First elected to the assembly in in LD31 in 2007, former Jersey City Council President Smith – who also served as acting mayor of Jersey City (and state senator) after the death of Glenn Cunningham – was one of 44 people arrested in connection with the Jersey Sting two years later, but beat corruption charges in court. (Pizarro/PolitickerNJ)

“Nicholas Chiaravalloti represents everything I look for in a public servant,” said Carroll in a written statement. “Smart, hardworking, passionate about community, and a bold leader. This is why he has my full support.” (Bonamo/PolitickerNJ)

More than 50 drivers who rely on Uber’s ride-sharing application to make their living gathered in Union County today in an effort to highlight the economic opportunities the company has provided to New Jersey residents.

The rally at Echo Lake Park in Mountainside featured Uber New Jersey General Manager Josh Mohrer, who told the gathered drivers that legislation currently under consideration in Trenton was designed with one goal: “To drive Uber out of New Jersey and eliminate the economic opportunities it provides to thousands of hard working drivers, including all of you. (PolitickerNJ Staff)

Buttressed by trips to Mississippi and New Hampshire, Gov. Chris Christie announced today that he will travel north to Sussex County new week for his 137th town hall.

Taking place at the Sussex County Technical School in Sparta, it will be Christie’s first in-state town hall in two weeks. The governor’s office told NJ.com, which points out that Christie is keeping a low profile in the state this week, that scheduling conflicts don’t always make it possible to plan the event. (Brush/PolitickerNJ)

The ad, entitled “Never Forget,” centers on a woman who lost her son to violent crime and who speaks out about how she was helped by Green.

The ad, which can be seen on Plainfield cable television, can be seen here. (Bonamo/PolitickerNJ) 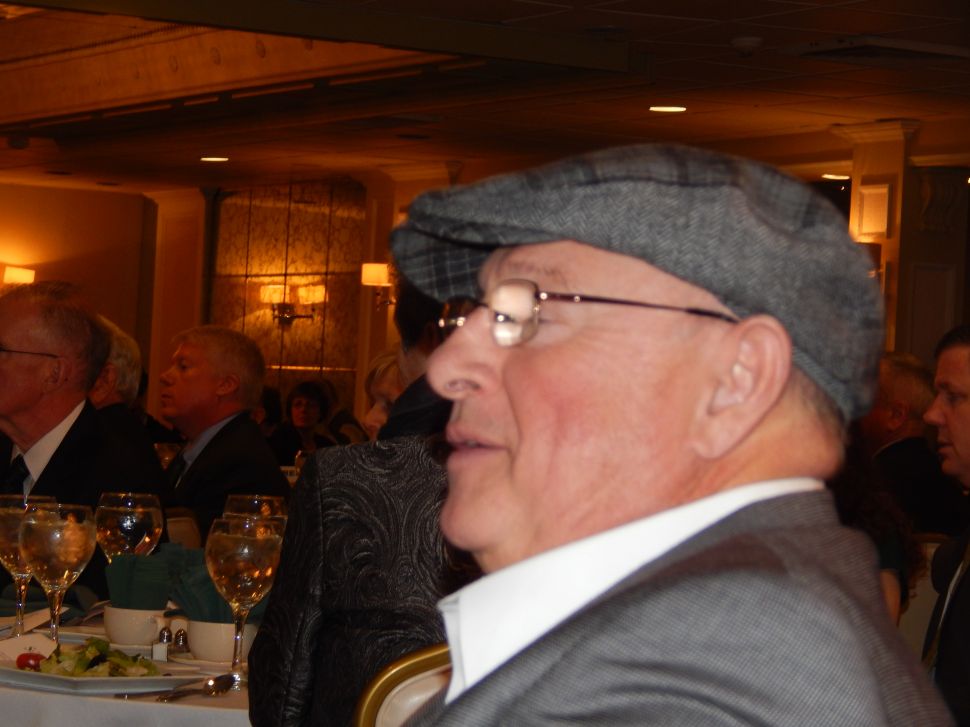