A casual glance at some of the comments about Dean Skelos, the Republican Senate Majority Leader who was arrested last week on federal corruption charges that accuse him of maneuvering to award a $12 million contract to a company that hired his son, might suggest a gentleman or a fatherly type who was merely trying to help his son.

The truth is, Dean Skelos is a dick of epic proportions.

I have worked as a political consultant for over 25 years. I have managed countless campaigns at all levels and have created campaign advertising in hundreds of races from City Council to the Presidency. I say this not to boast but as a way of saying I’ve seen plenty of dirty tricks and ignoble behavior. Dean Skelos stands alone in the cold and weird way he goes about his business.

In 2008, the Senate Majority had asked me for months to convince a client to run for a Senate seat in Westchester. They vowed heavy financial support, and the freedom to run the campaign as we saw fit. Liars. But that is a story for another day.

Once the candidate agreed to run, we found a local business leader to serve as the campaign’s Finance Chairman—someone who would be responsible for raising money on a parallel track to all the campaign work the rest of us were doing.

We got two dozen major donors to agree to serve on the Finance Committee and come to a meeting, where the candidate—and Majority Leader Dean Skelos—would thank them and give everyone a pep talk about helping our candidate raise the money he needed over the next few months.

Our candidate addressed the crowd and gave a stirring talk about why he was running and what he wanted to accomplish in Albany. Then he introduced Dean Skelos to the crowd.

Keep in mind that by this point, Dean’s Senate Majority had been lobbying us to convince our candidate to run for about six months.

Mr. Skelos got up, thanked everyone for attending, then asked them to consider donating to a totally different candidate, running in a completely different district.

It took all the air out of the room and hung us out to dry. We never heard from most of the attendees again.

And that is just one reason why Dean Skelos is a dick of epic proportions. I can only imagine what his son is like.

Gerry O’Brien is a writer, photographer, graphic designer and political consultant whose first book, a steampunk novel about Theodore Roosevelt entitled 1901, will be published in later this year. He lives in Park Slope. 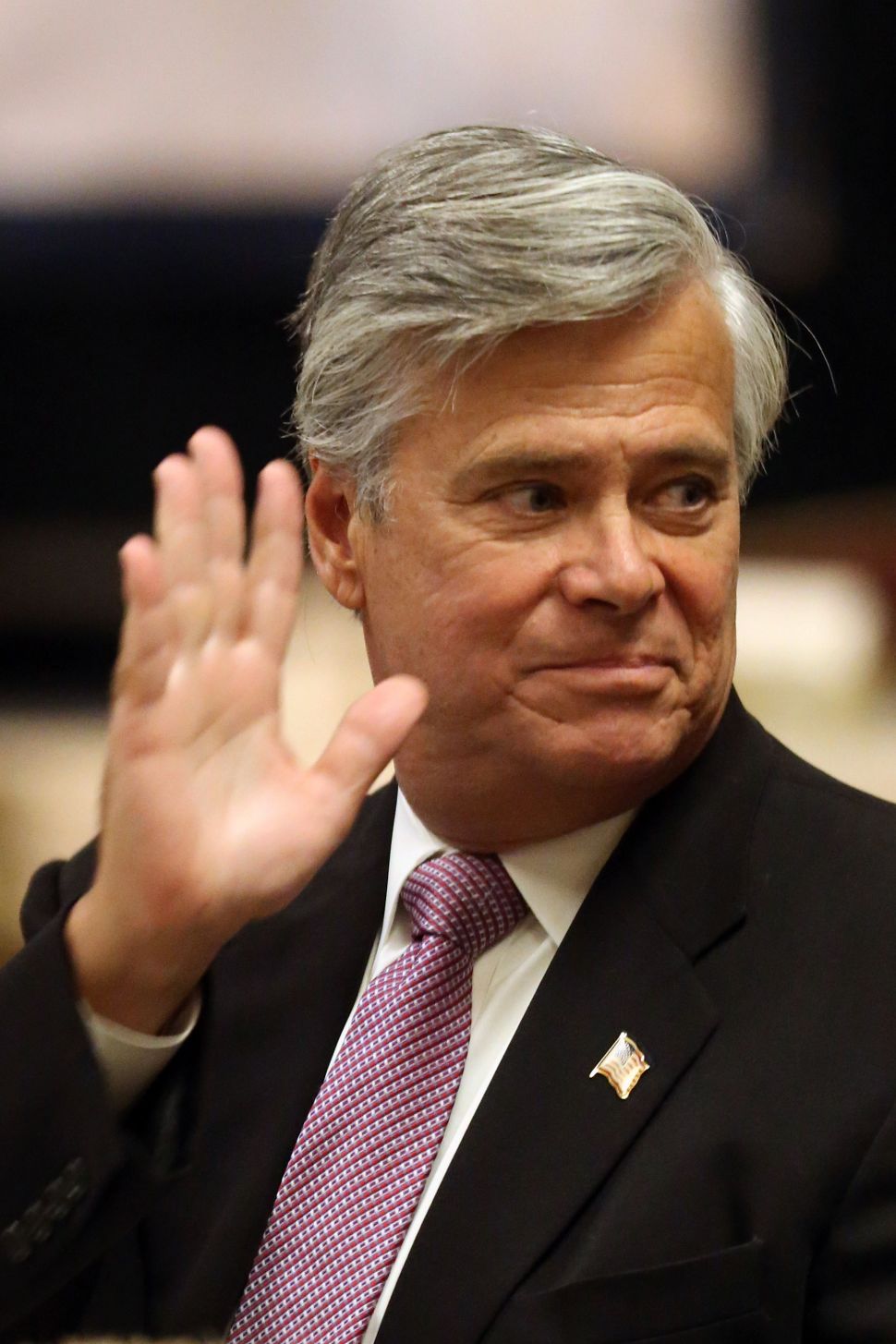