Gov. Andrew Cuomo’s efforts to enact what he called the “toughest law” in the nation to protect victims of campus rape got a national boost today from U.S. House of Representatives Democratic Leader Nancy Pelosi.

“This is an epidemic in some ways, and that is why we are also grateful to Gov. Cuomo for his strong leadership and the bold action to protect New York’s college students,” Ms. Pelosi said today at the Fashion Institute of Technology.

Mr. Cuomo and surrogates fo the governor, including Lt. Gov. Kathy Hochul and special advisor and former Council Speaker Christine Quinn, have been discussing the issue of campus sexual assault at length of late, part of a campaign the governor has dubbed “Enough is Enough.” In his remarks today and at previous events, he said he wanted the state legislature to adopt a statewide definition of affirmative consent—expanding a model already in use in the state university system—a statewide amnesty policy that would ensure those reporting sexual assault don’t face punishment or drug or alcohol use, a survivor’s bill of rights, and new training for colleges.

The policies as the governor has proposed them would apply to all colleges and universities in the state, not just those receiving state funds. Ms. Pelosi praised the governor for that, saying his legislation would go beyond laws adopted in California surrounding affirmative consent—the idea that “yes means yes,” rather than “no means no.”

“Affirmative consent is a vital standard to adopt in combatting the scourge of college campus sexual assaults. My own state of California, I am very proud, that we were … an early adopter of the Yes Means Yes legislation, but New York has done us one better,” Ms. Pelosi said. “Our California initiative and legislation was just for schools that received funding from the state. The Governor has protected every student in the state of New York…That is a very major accomplishment. That is a tremendous model for the nation. It is of personal and national significance.”

But Mr. Cuomo’s proposal is not law yet. The exact details are still being negotiated behind the scenes in the State Legislature, which is closing in on the end of its session and is mired in a bit of chaos as the State Senate looks to replace its leader, State Senator Dean Skelos, who is reportedly resigning his leadership post while facing criminal charges.

Ms. Pelosi said action on the issue would be significant outside the state, spurring others to take action.

“I know you see it here and sometimes we take for granted what has happened but you have to know how very bold the action New York State has taken is—an example, a model for the country,” Ms. Pelosi said.

Colleges that are part of the SUNY system, like FIT where the politicians spoke today, have already adopted Mr. Cuomo’s affirmative consent policy. Mr. Cuomo urged other colleges to step up and treat rapes on campus as a crime rather than a matter to be handled academically.

His proposal would require campuses to provide information to anyone reporting a sexual assault, including information on how to contact the police.

“You hand that woman a card that says you have the right to contact the police, town, county. We’re putting together a special unit in the State Police. Here’s the State Police hotline, call the police, treat it like a criminal justice matter. Your rights were violated, you have nothing to be ashamed of. I’m not going to let the campuses cover it up anymore,” Mr. Cuomo said. “You have the right to go to the police, make your case, if that person was guilty, get them out, and make them pay the crime so it won’t happen again. That’s what this law says.”

Mr. Cuomo presented the issue of campus sexual assault as just a symptom of a larger problem—women’s inequality. It was an issue Mr. Cuomo repeatedly discussed last summer when he launched the Women’s Equality Party, which some said was a cynical effort to siphon away votes from the Working Family’s Party line. Mr. Cuomo has pledged to pass the 10-point Women’s Equality Act, of which the campus sexual assault legislation is not part, but has been stymied due to one plank that codifies a woman’s right to an abortion as outlined in the Roe v. Wade decision.

“Why do you need a 10-point Women’s Equality Act? Because we don’t treat women equally. If you want to solve a problem the first step is always admission of the problem and admitting the scope of the problem,” Mr. Cuomo said.

The Women’s Equality Act and the campus sexual assault legislation are just two pieces of unfinished business facing Albany at a tumultuous time—the legislature also needs to act on expiring rent laws, the expiring 421a tax credit, mayoral control of New York City schools, and other issues that were not included in the budget. 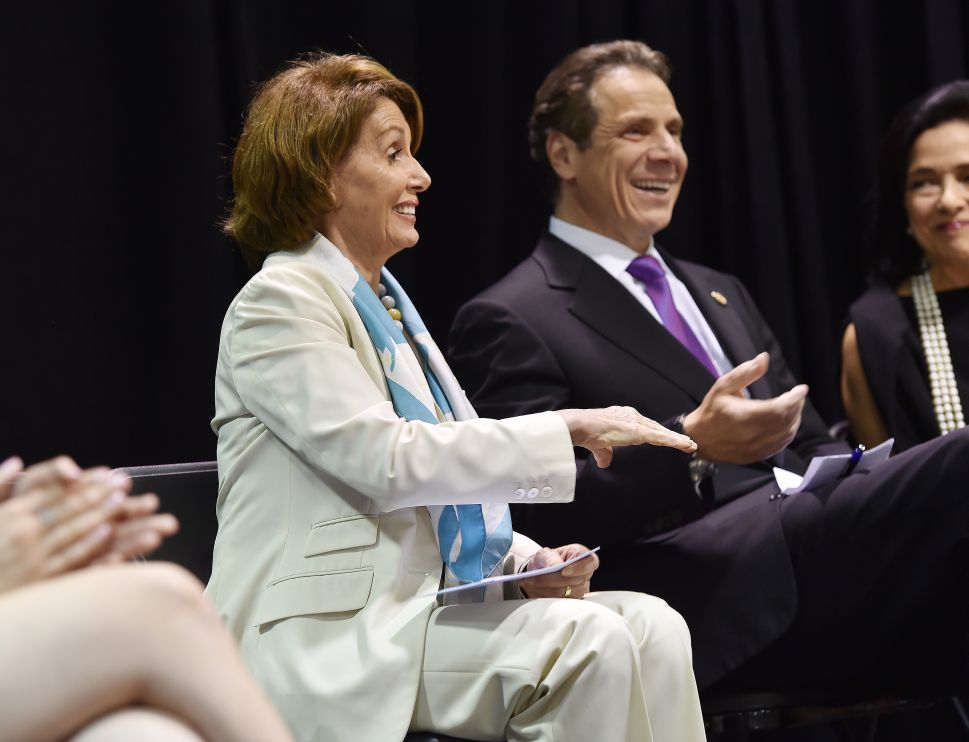