First, Republicans mocked Hillary Clinton for not yet winning the endorsement of her own former campaign manager, Mayor Bill de Blasio.

In a YouTube clip posted by the official account for the National Republican Committee, former Vermont Gov. Howard Dean is shown saying in Washington, D.C. that Ms. Clinton, a leading Democratic candidate for president, has “embraced a lot” of Mr. de Blasio’s views already.

“There’s gossip in Washington this is about trying to move a candidate in a certain direction. If you look at that candidate’s record, you’ll find out she’s embraced a lot of this already,” Mr. Dean, also the former chairman of the Democratic National Committee, said yesterday.

Mr. Dean was introducing Mr. de Blasio, who traveled to Washington to unveil what he dubbed the “Progressive Agenda,” an inverse of former Republican House Speaker Newt Gingrich’s “Contract with America.” Mr. de Blasio is trying to be a leader on national liberal issues, calling for presidential candidates to more loudly address income inequality in America.

But the liberal mayor is quickly becoming an easy target for Republicans–and the RNC is hoping he’ll be liability for Ms. Clinton.

“Hillary Clinton continues shifting leftward to appease the Democrat base, reinforcing the fact that her positions are politically calculated and why voters find her dishonest and untrustworthy,” said Raj Shah, an RNC spokesman.

A spokesman for Mr. de Blasio declined to comment. Ms. Clinton did not immediately return a request for comment. 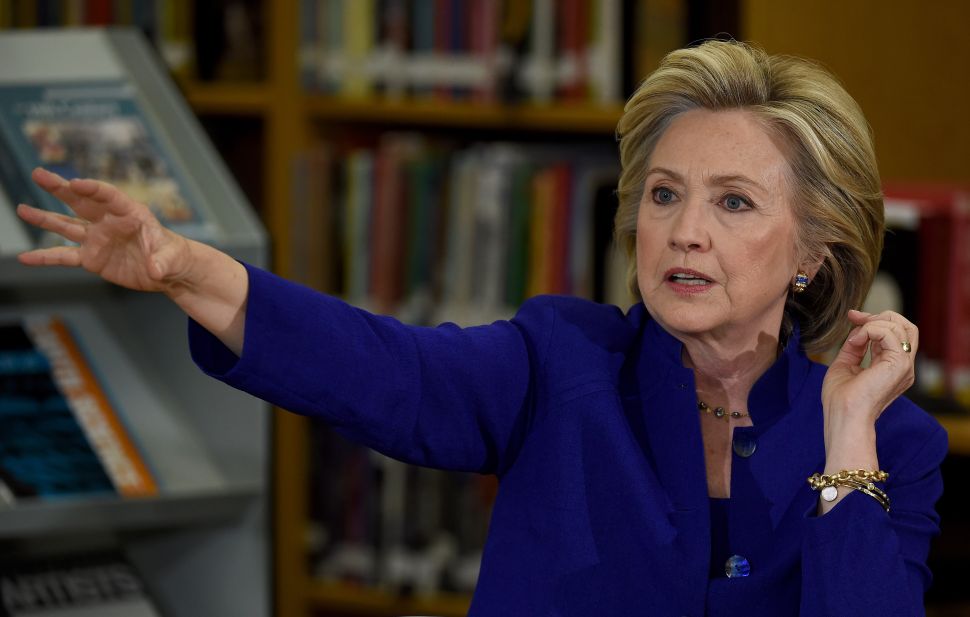