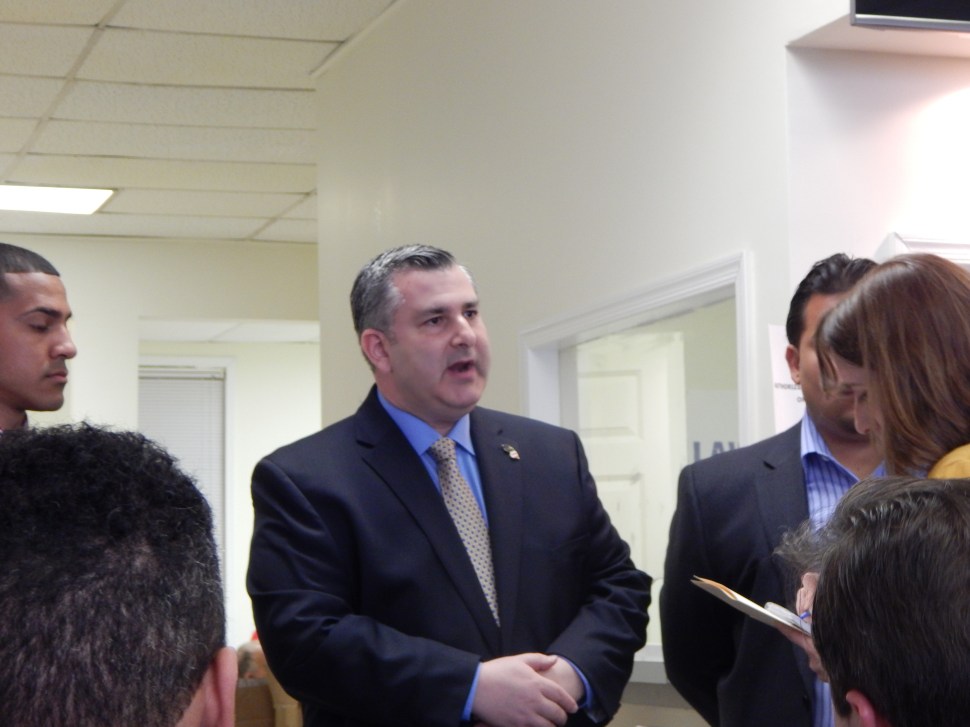 NORTH BERGEN — Former township clerk Joe Mocco may have been taken off the political scene here more than 30 years ago, but the campaign of incumbent Mayor Nick Sacco says he’s still around — and is even working on the opposition’s team.

In a press release today more vitriolic than the last, Paul Swibinisk, Sacco’s campaign spokesman, alleged that Mocco is “back, running Lying Larry Wainstein’s campaign for mayor.” Mocco, who served both in town hall and as a local Democratic powerbroker in the 1970s and 80s, was indicted and sentenced to 20 years in prison along with nine others back in 1986 for racketeering, specifically for facilitating illegal garbage-dumping in the Meadowlands.

Sacco’s team first accused Wainstein, a local businessman businessman who owns a handful of North Hudson liquor stores and a check cashing shop, of harboring ties with Mocco following the candidate’s announcement that he would challenge the incumbent back in February. The two camps have gone back and forth over that allegation and others ahead of next week’s nonpartisan election, with Wainstein’s team hitting Sacco of promoting voter fraud during past and upcoming elections, and Sacco slamming Wainstein over apparent business violations and his residency status. Wainstein, for his part, has denied connections to Mocco.

But now Sacco’s team says they have proof.

In a Youtube video attached to today’s statement, Sacco’s team pointed out that unsuccessful School Board candidate Jose Canonico “let the cat out of the bag” on the opposition slate’s relationship with Mocco during an interview where the candidate was prodded on his past criminal convictions. Canonico can be heard in the video saying Mocco has “consulting value” to Wainstein’s campaign and that he had been “helpful,” though the context in which his comments are given are a little unclear.

“I don’t know too much about Mr. Mocco’s involvement,” Canonico, who lost to a team of county establishment-backed candidates during the town’s April 21 school board elections, tells a reporter in the video. “Joe Mocco was involved in some things. He made this monster, he made this administration. So there is some consulting value in Joe Mocco.”

Sacco’s team, apparently, is taking that to mean Mocco — who Sacco fired upon his indictment in ’86 — is “running” Wainstein’s campaign.

“There is nothing Larry Wainstein won’t lie about — where he lives, what his plans are for North Bergen, what violations his businesses have committed — but denying Joe Mocco is running his campaign is the biggest whopper of all,” said Sacco Team Commission Candidate Julio Marenco. “Luckily for us, Jose Canonico went off message and exposed the truth, that Joe Mocco is running the Wainstein campaign. North Bergen voters deserve to know that Wainstein’s political brain is none other than one of the worst political crooks in Hudson County history.”

According to Sacco’s campaign, Canonico was charged with the aggravated assault of a North Bergen police officer in 1986, and eventually pled guilty to simple assault.

In 1999, Mocco was paroled with several special conditions imposed on him upon his release by the New Jersey State Parole Board designed to prohibit him from working or participating in local elections.

A Wainstein campaign spokesperson did not return a request for comment. 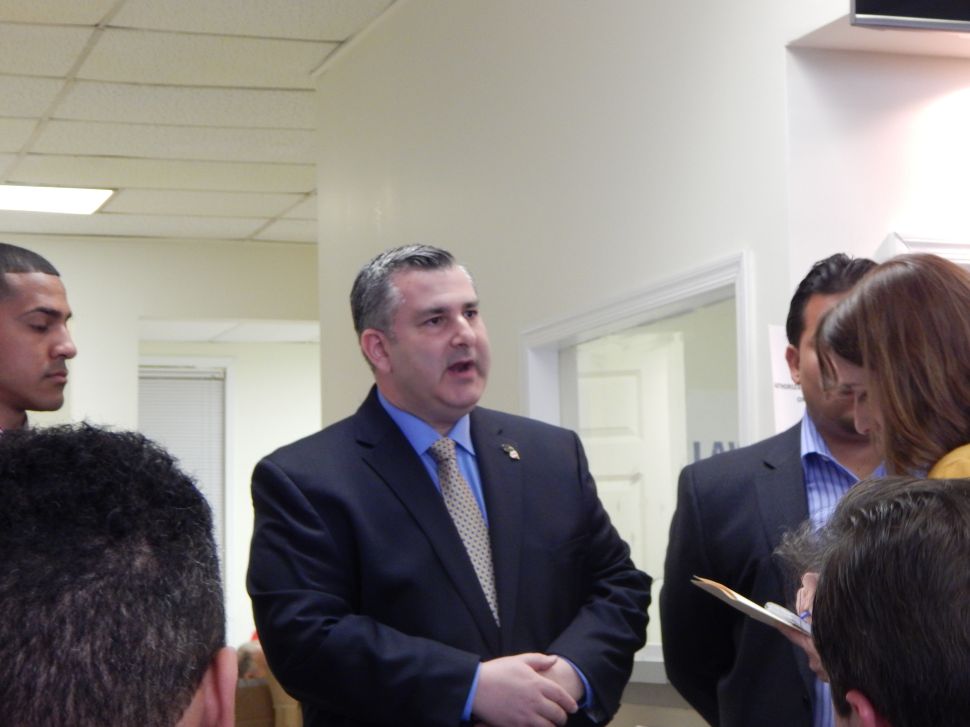