NORTH BERGEN — The ampaign manager for incumbent Nick Sacco says voter turnout at the polls during this year’s mayoral election has been “higher” than in previous years, citing a serious GOTV effort on both sides of race.

Supporters of both candidates littered the outside of polling locations throughout town, while signage and campaign-promotion vehicles — many dumpy old trucks brandishing posters of Wainstein or Sacco — could been seen up and down the main boulevards.

“That was good, because it helped us engage more directly with voters,” Swibinski said.

Up John F. Kennedy Blvd., at North Bergen High School, a polling location for four different voter districts, others also observed above-average turnout. Newly-elected school board member Sam Jaafar told PolitickerNJ that the turnout this year was likely on par, if not greater, than it was during the town’s last testy mayoral election, when Sacco easily fended off a challenge by Citizens for Change challenger Michael Kreutzer.

Jaafar said one thing that has made this year’s election unique was the amount of Wainstein supporters coming out to show their colors — though he said many are likely being paid by the opposition to do so.

“I just hope they get their money,” Jaafar added, “because four years ago some of them didn’t get their money and there was almost a riot, and we actually felt bad for them and gave them money.”

Mostly, observers say minus a handful incidents that have required police intervention — including, allegedly, one that involved a Sacco poll worker cursing out a woman working for Wainstein, necessitating his removal from the premises — things have been relatively civil. 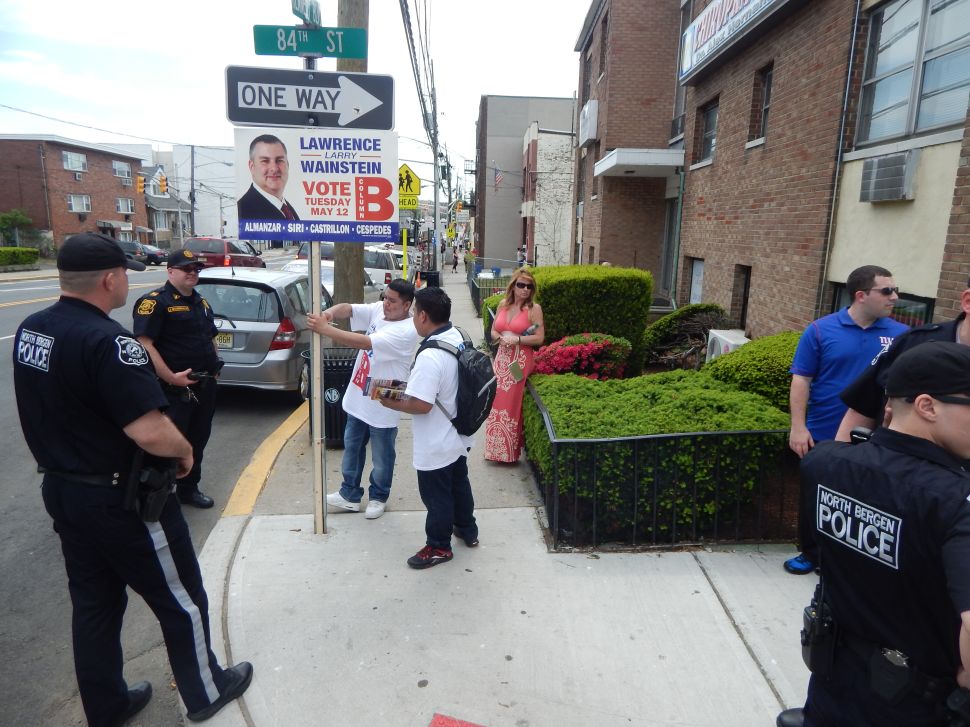