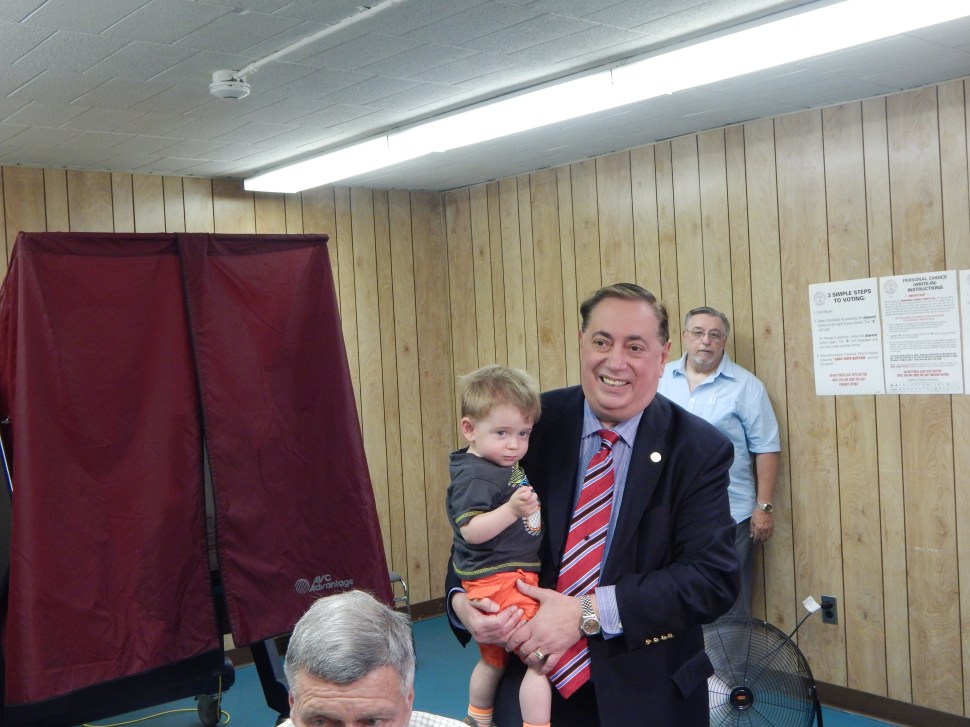 NORTH BERGEN — Through all the carnage surrounding his reelection bid this year, incumbent North Bergen mayor Nick Sacco sees victory at the end of the tunnel — he’ll just have to get there first.

“I’m confident. Confident based on the fact that I’ve been campaigning every night, and have even walked through all 39 districts in town,” Sacco, shortly after casting his vote in his home polling place in the town’s first ward here this morning, said. “So I feel really good, the reception was good, and I’m being very optimistic today that this is going to be a very successful election.”

Clutching his hair-tussled grandson after emerging from the voting booth, Sacco told PolitickerNJ that despite the nature of the race these past few weeks — which saw he and his opponent, local businessman Larry Wainstein, trading attacks on all manner of issues — he’s not too worried about today’s outcome. As long as he and his supporters keep their eyes trained on the task at hand, reelection is their’s for the taking, he said.

Wainstein cast his vote at North Bergen High School earlier this morning. Both teams have since dispersed across town to pound concrete and drum up support before polls close later today.

“I expect it to be a very tough day out there. They have been aggressive to the point of going over the top many times throughout the campaign,” Sacco said. “But I expect my workers just to do their jobs, get out the vote, don’t get involved in any entanglements, and just go out and win an election.”

Poltical observers are no doubt waiting to see if the vitriolic nature of the campaign results in any bloodshed — either figuratively or, in the case of the other North Hudson County mayoral race in play today, literally. 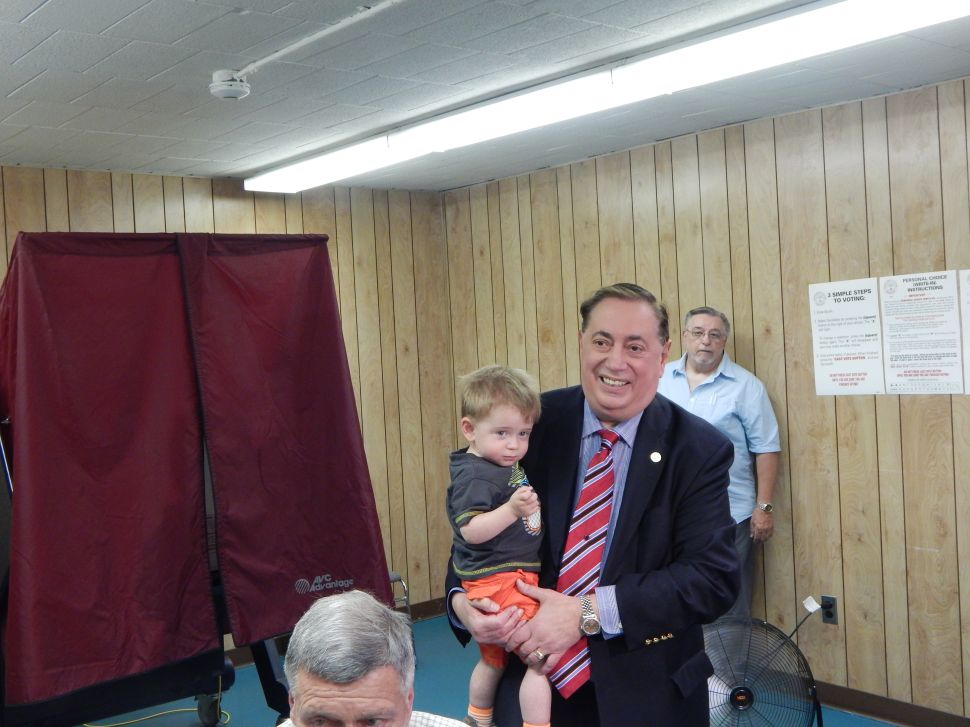