NORTH BERGEN — It’s all hands on deck here for the Lawrence “Larry” Wainstein For Mayor campaign — including, apparently, those of unsuccessful school board candidates.

During a chance entanglement at a local Dunkin Donuts this morning, PolitickerNJ ran into Jose Cananico, the Wainstein-backed candidate who ran in North Bergen’s Board of Education election last month. Cananico went down in smoke along with two other candidates who Wainstein endorsed in his bid against incumbent Mayor Nick Sacco — though that hasn’t stopped him from continuing to lend manpower to the hopeful’s campaign, he said.

“I remember from growing up all the nepotism, all the corruption. You know, it’s a little fiefdom,” Cananico, explaining why he joined up in the fight against Sacco despite having no prior political experience, said. “This is not a political environment, I wouldn’t even called it a township. It’s a fiefdom. Sacco and all his cronies control everything.”

In a race that by most account has been the most vicious this 60,000 resident North Hudson township has ever seen, Cananico has generated his own controversy on the campaign trail. Sacco’s camp has used the North Bergen-native’s past criminal record —  which includes two counts of aggravated assault of a police officer in 1986 — as fodder for attacks against Wainstein, accusing the underdog of harboring convicted felons.

The issue came to a head during a press conference prior to the April 21 school board election, when Sacco’s team — including commissioners Hugo Cabrera and Alan Pascual and Board of Education President Julio Marenco — slammed Wainstein for endorsing Cananico.

But Cananico has not left the political scene, and told PolitickerNJ today thart he’s helped Wainstein “every step of the way” in his effort to unseat the incumbent, who both have criticized of promoting cronyism and corruption in town hall.

“There is no application process for a job in North Bergen. It’s who you know,” Cananico said. “How do you get the best services if you’re not hiring the best teachers, managers, leaders. You know, I come from the private sector, and I just think it’s ridiculous. It’s shock and awe.”

“He comes from the business sector. He comes from performance,” Cananico said. “You know, you don’t get to have what he has and be giving away the store. It’s smart business, with smart people around you, hardworking, paid a reasonable wage. Not a college graduate with no experience, who 10 years later is making $160,000, $180,000 dollars a year. Failed GED, secretary is making $144,000 a year. It’s comical. You can’t help but break out laughing when talking about it. ”

According to Sacco’s team, Cananico also unwittingly admitted what has been one of the shadiest allegations levied against Wainstein over the course of the race — that his campaign is being run by former township clerk Joe Mocco, a local Democratic powerbroker in the 1970s and 80s who was indicted and sentenced to 20 years in prison along with nine others back in 1986 for racketeering, specifically for facilitating illegal garbage-dumping in the Meadowlands. In a Youtube video released by the Sacco campaign last week, Cananico can be heard in the video saying Mocco has “consulting value” to Wainstein’s campaign and that he had been “helpful.”

It didn’t seem all that controversial when PolitickerNJ asked Cananico about the connection today, however.

“Listen, it takes a thief. Larry’s not a politician — this is his first time around. I think he’s worth consulting value,” Cananico said, doubling-down on the comment.

Wainstein has denied the characterization that Mocco is working his campaign, and Cananico stressed that the former Democratic power broker, who Sacco fired in 1987, is “not running anything” and that he’s only seen him “half a dozen times, if that.” Still, he reiterated what he had previously said of Mocco’s involvement in the campaign — that he’s helped provide certain insights about Sacco’s administration.

He noted Mocco’s brother, Peter Mocco, served as mayor prior to Sacco.

“They were all in bed together at one time,” Cananico said.

“One of the most famous stories of hiring a crook in the country, his family is now considered American royalty. The Kennedy’s. Joe Kennedy was a crook, he went into a hotel room, he bankrupted the checkered cab company all on mass hysteria. And the SEC hired him as the first securities exchange commissioner. And when they asked him why they hired him, they said, ‘to catch a thief, you have to be a thief,” Cananico said. 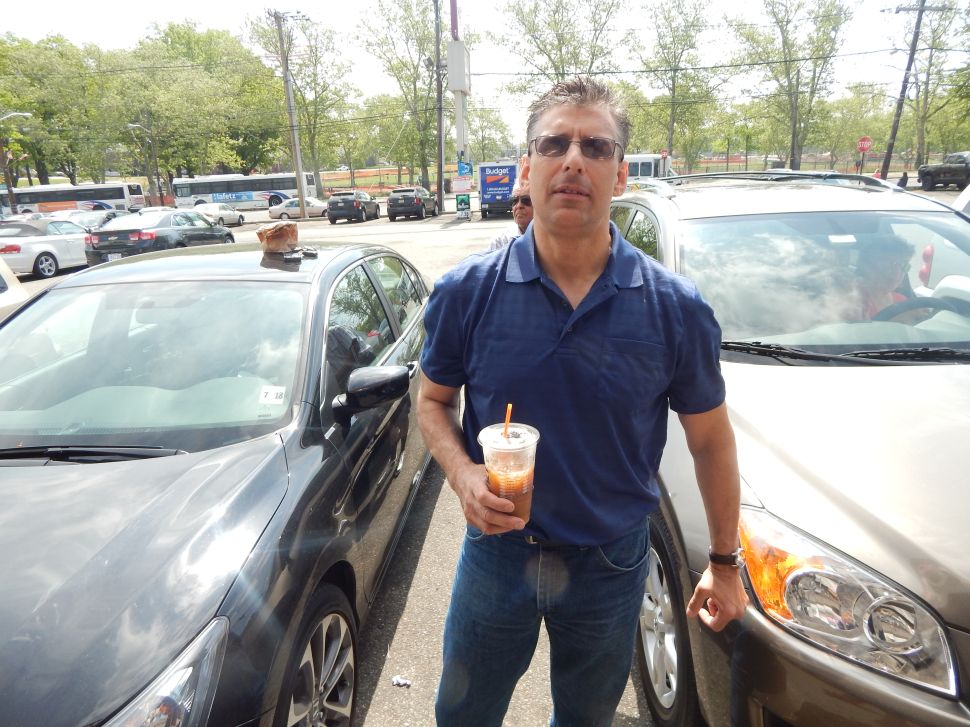