Saul Bellow would have turned 100 next month. To celebrate the centennial of this great American novelist, a number of writers will read from his work at the the Kauffman Concert Hall at 92Y on Thursday night, including Martin Amis, Jeffrey Eugenides and Ian McEwan. Zachary Leader, who just published The Life of Saul Bellow, will also read, as will Janis Bellow, the late author’s wife. Bellow died in 2005. Jill Krementz photographed him a number of times throughout his life. Below are some of the photos she took, accompanied by her own captions. 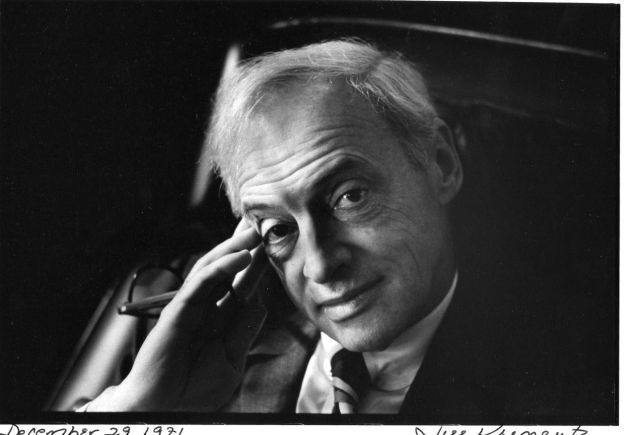 Saul Bellow photographed by Jill Krementz in Chicago on December 29, 1971. 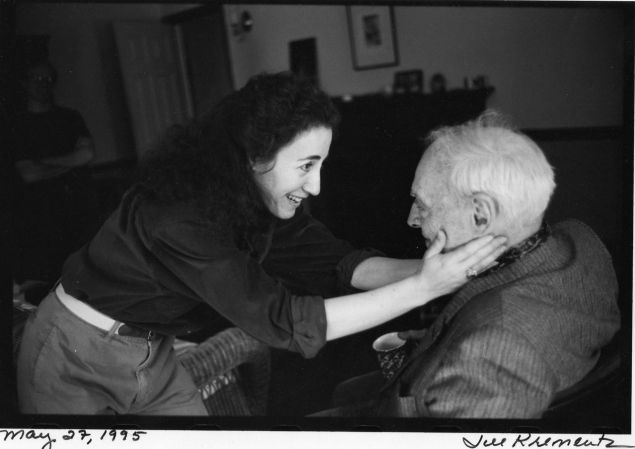 Saul Bellow and his wife Janis photographed by Jill Krementz on May 27, 1995 in Brattleboro, Vermont. Janis Bellow will be on stage at the 92nd Street Y on Wednesday evening celebrating the centennial of her late husband. 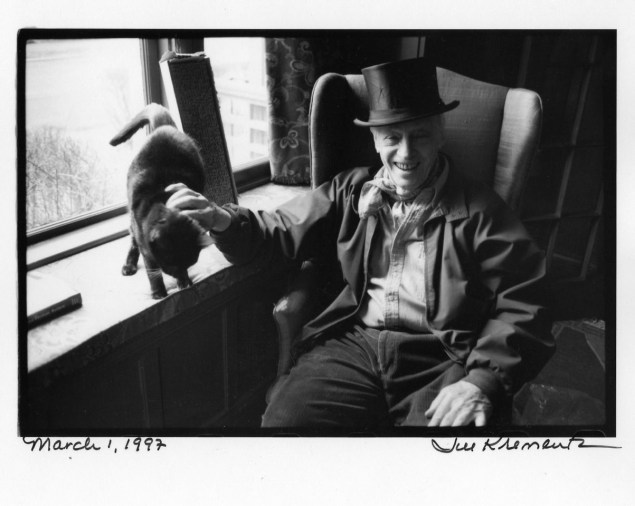 Saul Bellow photographed by Jill Krementz in Brookline, Massachusetts on March 1, 1997. CAT AND A HAT: Bellow, winner of the 1976 Nobel Prize in literature, is wearing the top hat he wore to accept his honor in Stockholm. Bellow described his companion as “Moose, a fine black tom with a white throat who looks like a maitre d’hotel. He shares my bed daily. My siesta lasts for an hor. He sleeps some twenty hours a day. Once a castoff kitten discovered clinging to a screen door, Moose is now seven years old.” 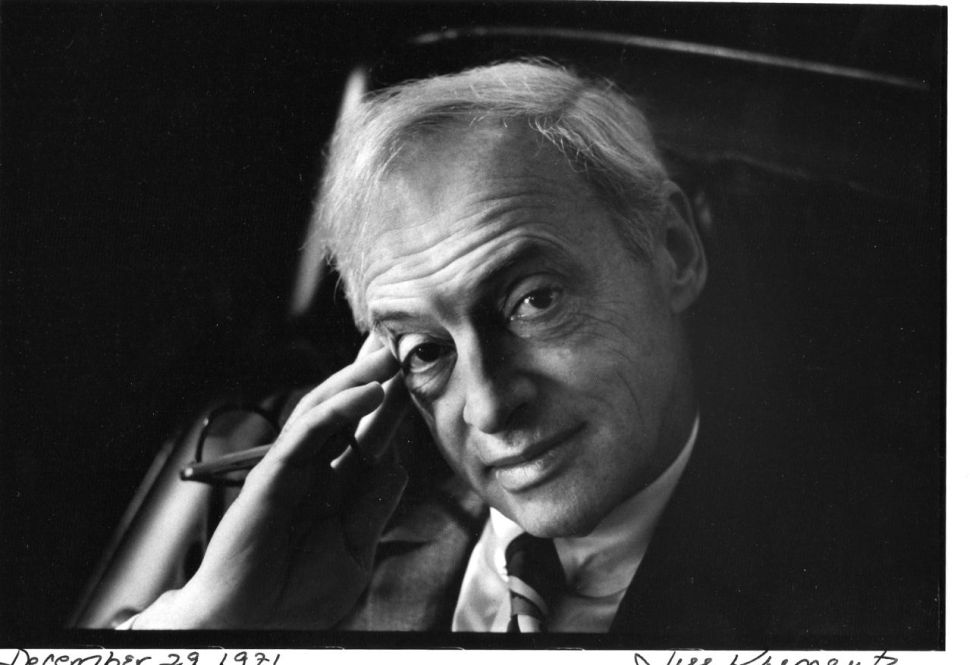