Everything really is bigger in Texas—down to the hors d’ouvres. Last night Omega pulled out all the stops in Houston for an over-the-top dinner commemorating the 45th anniversary of the Apollo 13 mission in 1970, where the astronauts aboard wore the first watch on the moon, the Omega Speedmaster. The dinner was hosted by brand ambassador, George Clooney, who made a grand entrance into the moon-like space assembled by the man often employed to produce the most opulent of fashion shows, Alex de Betak.

It was indeed opulent to say the least. The massive building, normally used as a functional airplane hangar for private jets, had been entirely converted into a dinner venue for the evening, complete with moon rocks, hosting 280 guests including Houston-based socialite and prolific couture collector, Lynn Wyatt. Ms. Wyatt, a regular favorite of Chanel, along with Omega president Stephen Urquhart and astronauts James Lovell and Thomas Stafford, remained by Clooney’s side for most of the evening.

“I remember when I was a kid, I went outside to look at the moon to try to catch a glimpse of the Apollo mission,” Mr. Clooney recalled between courses as he sat next to his new astronauts buddies. “I even drank tang like the astronauts did.” The drinks on offer for the evening did include a tang-themed cocktail, along with other requisite kitschy libations. However, Mr. Clooney stuck to his own tequila, Casamigos, which he and co-founder Rande Gerber notoriously bring along with them on all of their travels. 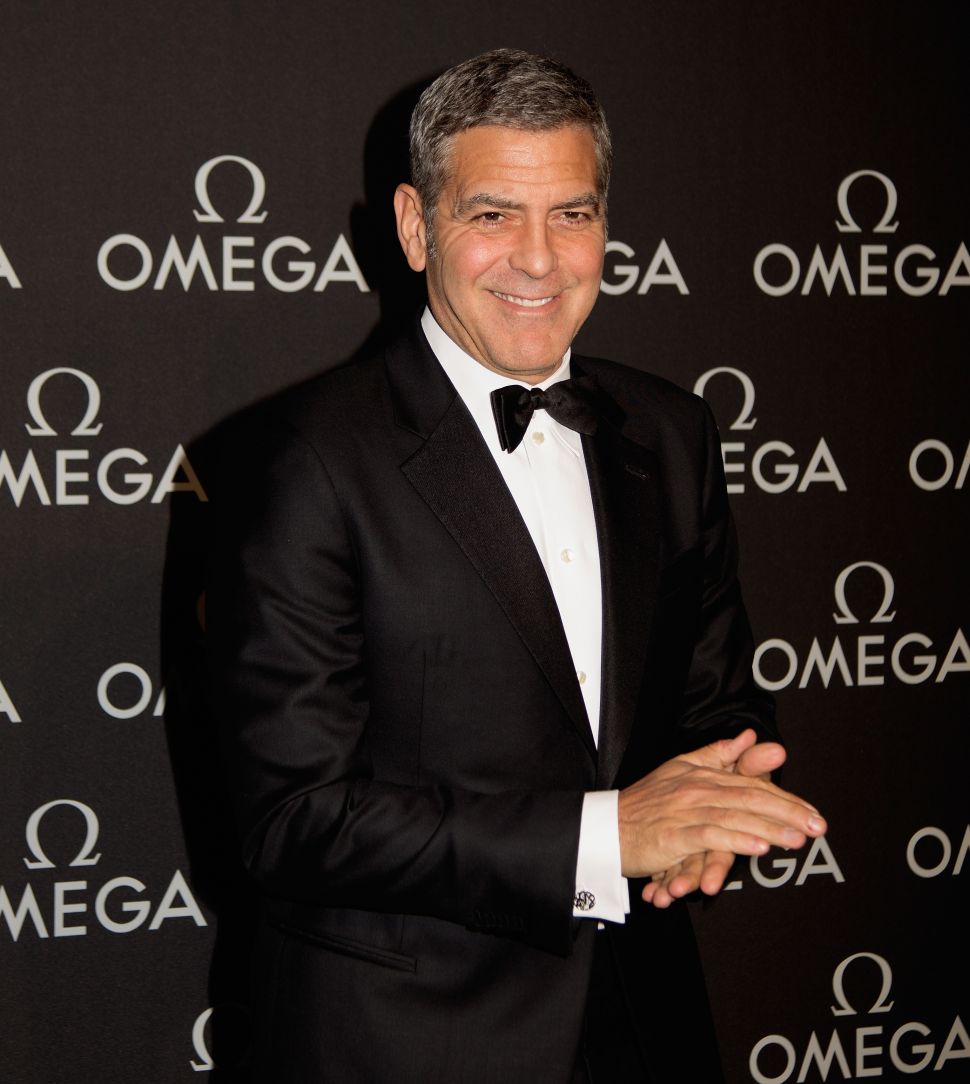