Periscope is live on Android and—at least for now—it has features that aren’t available on iOS. Longtime Android users always feel like they’re playing catch-up with their friends who have iPhones. Despite the fact that there are more Android phones on the market than iOS ones, Android users of course had to wait longer.

Periscope is a personal livestreaming system, owned by Twitter. It lets users receive text based messages and animated affirmations from viewers as they broadcast live (One Observer reporter became a top Periscope user). Google Play says the app has been installed on between 100,000 and 500,000 Android phones in the one day it has been on the market.

Here’s what a Periscope user can do on Android that iPhone users can’t, according to the company’s blog:

OK, so not exactly life changing, but we’ll take what we can get.

The design is “inspired by” Google’s style, according to the post. Which suggests that Twitter might not have used Google’s Polymer, but the team let the Googley look inform their new Android app.

When we tried out Raur, the audio-only version of Periscope, the iOS version looked much better. As we previously reported, the Android update is still on the way.

Our Periscope powerhouse colleague chided us that everything is always better on iOS. For once, for now, that’s not really true. We’ll enjoy it while it lasts. 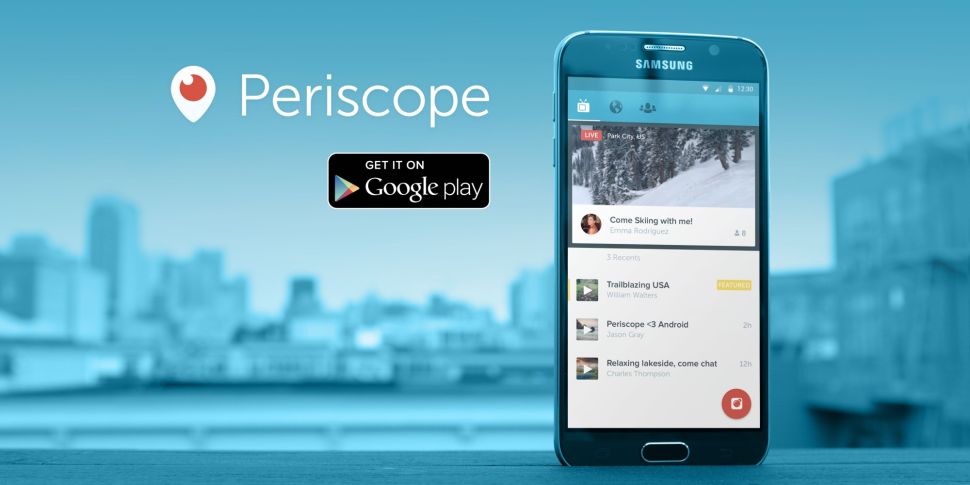