Joan  Scheckel is a bit of a witch,” confided actor Josh Radnor when I told him my plan about shedding all my earthly goods and spending the rest of my life learning at the feet of the Technique’s creator. It’s not that I’m a hippie-dippie person (though L.A. will do that to you in half a second if you give it a chance) but Joan Scheckel, guru to Transparent creator Jill Soloway, does have an otherworldly quality about her. The first time I met her, my mind immediately flashed to Bernadette Peters from Into the Woods: a curly-haired enchantress who speaks in riddles and hands out quests to the deserving.

“She’s not for everyone, but I love her,” said Mr. Radnor, who appeared in Ms. Soloway’s Sundance breakout hit, Afternoon Delight.

The idea that Ms. Scheckel, an NYU graduate, has some sort of magical powers isn’t out of the question, especially considering her reputation as Hollywood’s miracle worker/fixer nonpareil. According to her IMDb bio she’s contributed to 434 films, and has been called in to help realize the visions of Rupert Sanders (Snow White and the Huntsman,) Mark Ruffalo (Sympathy for Delicious) and Mike Mills (Thumbsucker). Mr. Mills soon enlisted Ms. Scheckel on his next feature, and his film Beginners won Christopher Plummer his first Academy Award. It also lists Ms. Scheckel as an executive producer.

“Attending Joan Scheckel’s lab was the single most valuable thing we did to prepare for making Little Miss Sunshine,” said directors Jonathan Dayton and Valerie Faris on Ms. Scheckel’s website, which includes breathless quotes from other acolytes, including Miranda July, Mr. Ruffalo, Bryce Dallas Howard, and Bowling for Columbine producer Jim Czarnecki, along with a host of others.

Ms. Scheckel—long a well-guarded industry secret—has been coming out, so to speak, because of Ms. Soloway and her Amazon show, which manages to corporealize the somewhat ineffable Technique with a tangible result. The Pfeffermans feel more intimate and real than any other television family, even as their choices seem far from mainstream.

Ms. Scheckel’s Technique focuses on empathy, meaning and listening above plot or clever dialogue. Her classes, which she holds in her West Hollywood space, The Space, can run for hours without a break. They emphasize stripping away the impulse to think or over-talk while performing, which Ms. Scheckel says can obscure the meaning behind words and actions. “We can really go into our heads while writing, and that visceralness can be lost.” Last weekend, she took the technique on the road, holding a 3 Day Lab in SoHo.

“I was very confused by my life as a kid,” she told the Observer. “It was important to have the dramatic tool that could answer, ‘How do I live through this?’ ” The Technique, oversimplified, is not about inhabiting characters, but about finding “meaning through play.”

“Kids,” she argued, “play to understand the world. It’s done through experience, not talking about it.”

Which is a good thing, since describing the nature of Ms. Scheckel’s labs can be … difficult. She invokes strange axioms, like when she stresses that her work is a “technique, not an approach.” The distinction seemed intuitive at the time of the interview, though while transcribing afterwards, less so.

Ms. Scheckel’s “3-Day Film and Episodic Lab” teaches the first three of “34 aspects” that connect to create meaning in a scene: nuggets, action, and beats. The other 31 are revealed for those with the stamina (and cash) to continue to the higher-level courses. When asked to name some of the other connections, Ms. Scheckel started ticking off examples of her curious terminology. “There’s the rhythm,” she said, “and the inner obstacle, outer obstacle, blocking and emotional logic.” (The emotional logic is also known as the “5 Point Journey,” which hints at a weltanschauung behind the inveiglement.)

“Of course, there could be more,” Ms. Scheckel concluded. “This is just what I found works.”

There’s no denying that she brings in results. Mr. Radnor, for one, came away transformed. “When Jill cast me in Afternoon Delight, I was excited about doing the movie, but feeling a little down and uninspired about being an actor,” Mr. Radnor wrote in an email. “Jill sent me to work with Joan one day, and three hours later I was like, ‘I’m excited about acting again.’ I can’t pinpoint exactly why or what we even did that day but something was unlocked.”

Gaby Hoffman, who stars in Transparent, manages to be even more effusively elusive in her testimonial. “In the span of three minutes, Joan taught me how to walk,” she boasted.

As for the tangibles, Ms. Scheckel’s site boasts some hard stats. “Of the 80 films that have been completed through Scheckel’s labs, 79 have been released,” it reads. “They’ve been nominated 703 times, won over 300 awards and have collectively earned $1.8 billion.” Which certainly makes the price tag of her services—which start at around $500 per month and can get into four figures for a six-week “intensive” course—a little easier to swallow. 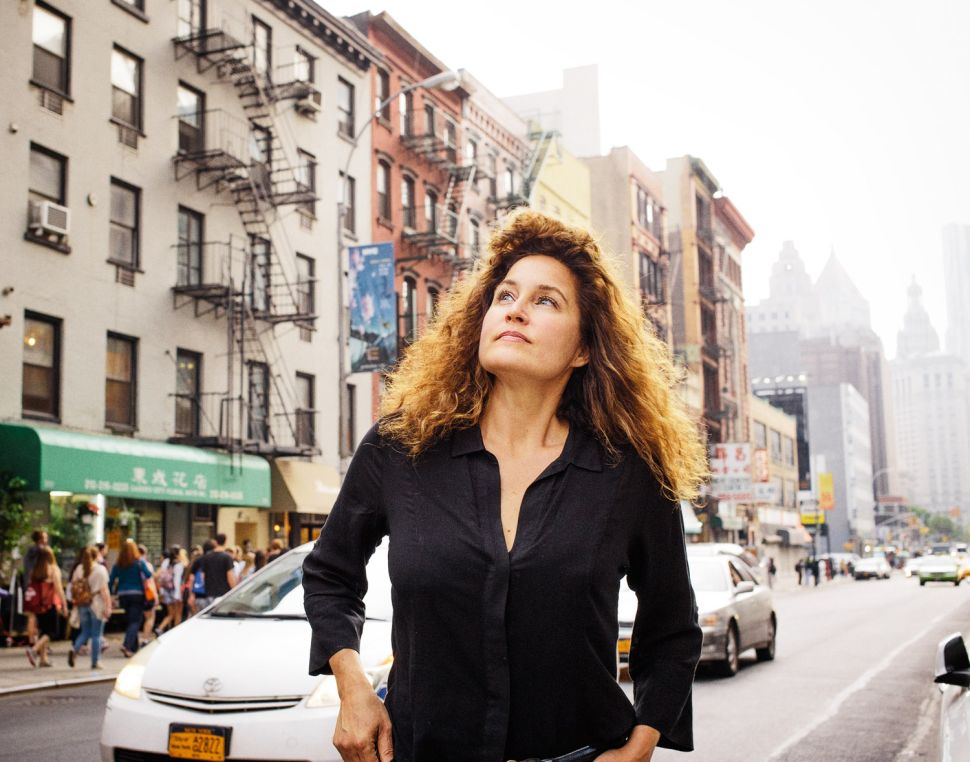