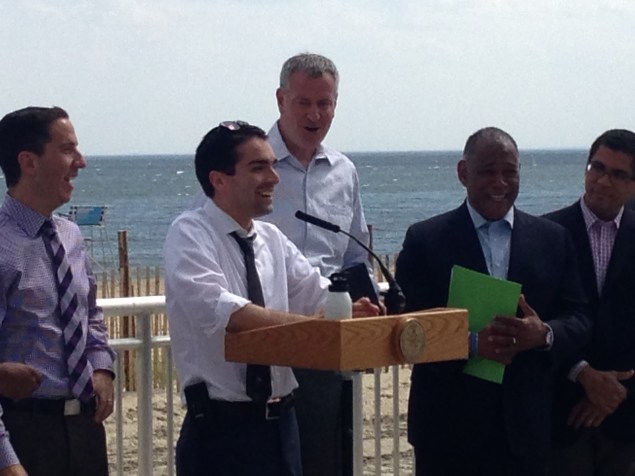 Councilman Eric Ulrich, a Republican from Queens, argued to the Observer today that his close relationship with Progressive Speaker Melissa Mark-Viverito only strengthens his bid to replace resigning Staten Island Councilman Vincent Ignizio as leader of the three-member GOP conference—though his colleagues have apparently yet to be convinced.

Speaking after an unrelated event the Rockaways with Mayor Bill de Blasio, Mr. Ulrich noted that former minority leaders James Oddo and Thomas Ognibene enjoyed a close relationship with former speakers Christine Quinn and Peter Vallone Sr., respectively, which allowed them to be influential despite the conference’s small size. Mr. Ulrich broke with Mr. Ignizio and Staten Island freshman Councilman Steven Matteo to back the liberal Ms. Mark-Viverito for the Council’s top perch in late 2013, a move that earned him the chairmanship of the Committee on Veterans but raised eyebrows in GOP circles.

“I have a very positive, good working relationship with the speaker. And that has been very helpful in the past for minority leaders,” he said. “That is something that is very unique and hopefully meaningful.”

Mr. Ulrich has served in the Council six years and, after Mr. Ignizio steps down this summer to take a job leading a nonprofit, will be the senior-most Republican in the body. He said that Mr. Matteo, who entered the Council last year, is also interested in the minority leader position and said the two have been in talks—and denied his closeness to Ms. Mark-Viverito had been a sticking point.

“Do I want to be minority leader? Yes, I do. And I think a good relationship with the speaker is a plus, not a minus,” he told the Observer. “It’s always been a plus in the Council, and there hasn’t been a situation where it hasn’t been a plus, and it’s not something that I’m going to run away from.”

Mr. Ulrich would have to ultimately convince either Mr. Matteo or Staten Island Assemblyman Joseph Borelli, Mr. Ignizio’s protegé and presumptive successor, to back him. Mr. Borelli, who has declared his intention to run for the reliably GOP seat, told the Observer he planned to back Mr. Matteo due to their shared Staten Island roots, and scoffed at Mr. Ulrich’s assertion that ties to the speaker were an advantage.

“I am first and foremost a Staten Islander. I am second-most a Republican. I am going with the best Republican to lead our conference,” Mr. Borelli said. “I’m not sure how touting one’s ability to always work together with the majority is the best way to win my support for leadership of the minority.”

Mr. Matteo confirmed he was interested in the minority leader slot, but declined to directly address Mr. Ulrich’s remarks.

“At the end of the day, the minority delegation will decide who the best person will be to represent the values and articulate the views of the Council Republicans to all of our colleagues and our constituents,” he said in a statement to the Observer.  “I would be honored to be that person and to follow in the footsteps of Jimmy Oddo and Vinny Ignizio—two of the most hard-working and productive public servants this body has ever had.”

Mr. Ulrich expressed respect for Mr. Matteo and said he would continue to be friendly with him regardless of which of them became the conference leader.

“Steve is somebody who I greatly admire and respect, who I’m going to work with regardless of whether I’m the next minority leader. And we’re good friends and we’re going to continue to be good friends,” he said.

Mr. de Blasio will have to declare a special election to replace Mr. Ignizio within three days of the as-yet unspecified date when the Staten Island Republican steps down, an election that most observers expect Mr. Borelli will win easily. 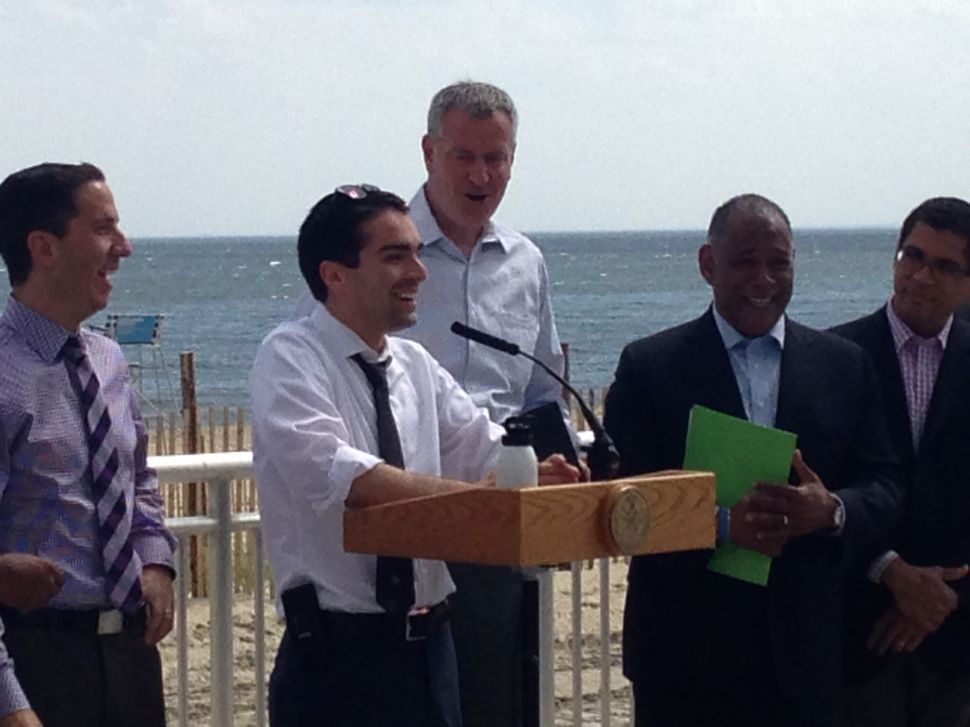