Podcasts are surging in popularity right now, but the medium spread more slowly than it could have. As Kevin Kliman, the CEO behind a podcasting app that massively updated last week, Raur, put it in a phone call last week, “Growth in podcasts is very much linear as opposed to exponential.”

He thinks the problem is that podcasts link poorly to social media. When they released their first version of the app in January 2014, as a straightforward live broadcasting tool, they quickly saw that the best uses looked a lot like podcasts. So, to that end, the new iOS version, updated May 12, is meant to solve many of the problems podcasters have had with making their content go viral.

Here’s some of the features built into the new version:

Kliman thinks that social aspect is key. Podcasts spread now by word of mouth, but by wiring that word of mouth effect into the delivery mechanism itself, it’s more powerful. In iTunes, there’s no way to see what your friends are listening to. That said, will it matter? Will see. Netflix barely incorporates social yet it’s the tech behemoth that all but single-handedly made net neutrality comprehensible for non-wonks.

Raur went up on Product Hunt shortly after the new release. Overall, Raur has had 150,000 downloads and saw 1.6 million plays in the last month.

“The ultimate goal is to build a platform for podcasts where this content can achieve network effects,” Kliman said.

For podcasters or aspiring podcasters, Raur gives a quick and easy way to get started. You can simply open up the app and start broadcasting a live audio stream.

The live aspect also opens up new possibilities for broadcasters. Comedian Will Sasso did his own live color commentary during an airing of WWE Extreme Rules in late April, and got over 29,000 listeners (there’s still bugs; Raur features a delay of a few seconds).

We did a trial run in the Observer offices on the old Android version (so it wasn’t a perfect test). Live commenting did not seem to be quite what it is in Periscope and we wonder how call-ins will work. Further trials to come.

Podcasts are a whole new medium. Right now, the techniques of public radio seem to be working best for driving listenership (as the rise of two of the biggest new podcasts fronted by This American Life alums illustrates), but it might not stay that way. Podcasts simply have not had a way to go live before, but Raur wants to solve that problem. Talk radio, as Kliman points out, is probably the second most popular kind of radio. Bringing that authentic, live experience to mobile audio could be huge, especially as more and more automobiles roll off the assembly line with internet connectivity.

Even more likely, though, is that the format of podcasts tomorrow will bear zero resemblance to radio today.

Soundcloud recently made it much easier to publish podcasts in accord with the old (and most prevalent) way of listening to them, through iTunes. And you can bet that Raur will make a comparable feature release shortly, with a Publish to iTunes function.

That said, Kliman wants to get people out of iTunes. The black box of Apple stymies publishers from knowing as much as they’d like about their audience and how they listen, which also makes it hard for their broadcasts to earn money.

For example, wouldn’t it be cool if podcasters could tell their audience to click a link for a special offer and that link was up on your mobile if you chose to look? “One of the powerful things, hopefully, as we start to have scale,” he said, “is we’ll figure out how to do things without disrupting user experience or interfering with content creators.” 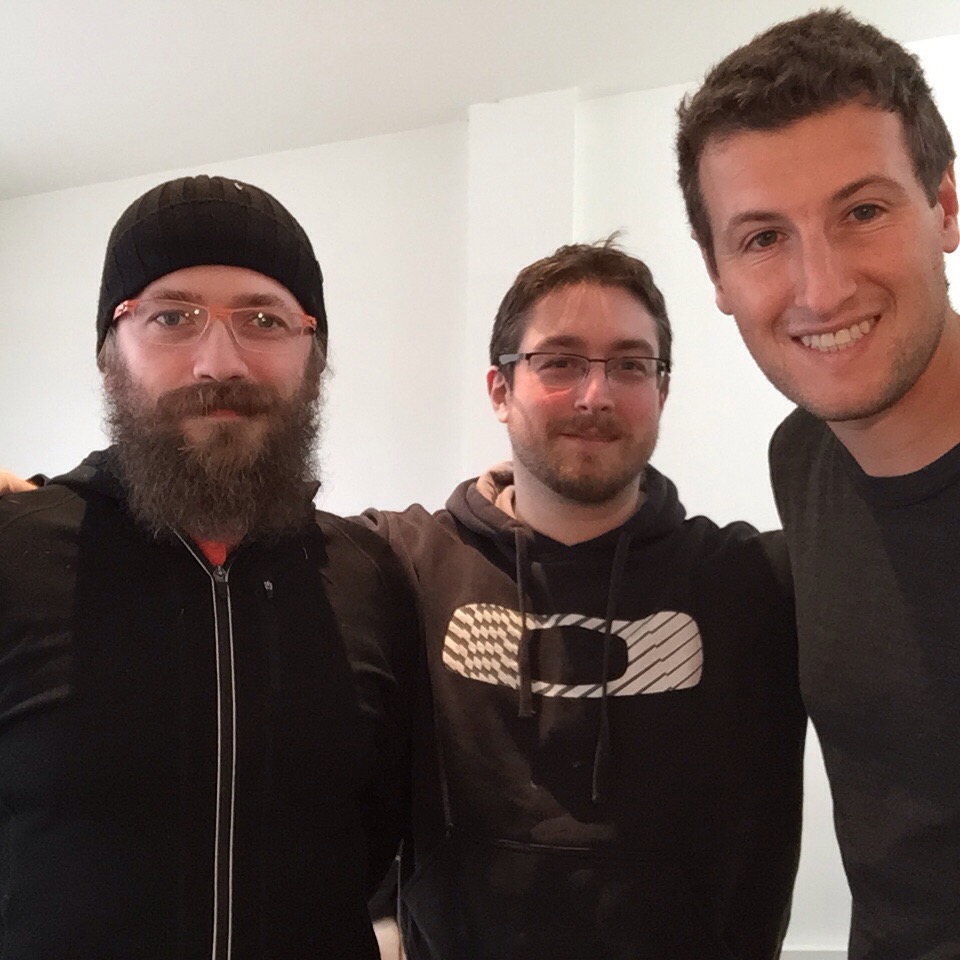