UNION CITY – Somehow it really wouldn’t be a Hudson County election without the presence of Brian P. Stack, the mayor and 33rd District state senator who’s not on the ballot this year, but behind the Coach House Diner hardly appeared to be in color commentary mode as he mobilized an army of bodies to ship into North Bergen.

“We’re sending people in,” said Stack, standing in a yellow sea of Sacco T-shirts, voice devoid of irony at the optics of his going into the neighboring burgh to help his one-time rival Mayor Nick Sacco in the name of countywide peace. 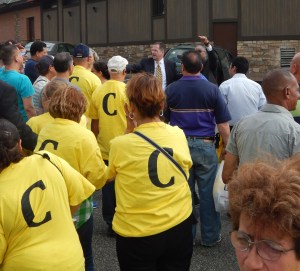 “I’ve never sent troops in North Bergen,” confirmed Stack. “They may have thought I had, but I didn’t.”

The cars moved out in a caravan, heading north.

Sources say allies of incumbent Sacco earlier today put out a signal to the county and Jersey City to send in bodies to combat the perception of challenger Larry Wainstein looking – if not dominant – at least credible. 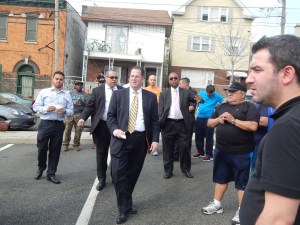 County asked Stack to deliver his bodies in the afternoon, in time for the late post-work voter surge.

There was some parking lot banter among affiliates of the Union City mayor about a perceived street fight between Sacco and Wainstein and how it makes it look like the election might be closer than it is, or how it lends the appearance of the boss looking like he’s in a street fight with a challenger as opposed to remaining removed from dogfight antics associated with a lower order of political animation.

“He needs at least 80% [not to look weak],” someone said of the North Bergen mayor, high-balling a number that most Sacco allies say should be closer to 75% for their boss not to look like he’s lost luster.

When Stack personally showed up on the streets of North Bergen in the early evening, a Wainstein backer dogged him at close range, teasing him about a past Stack statement when the mayors were fighting in which Stack likened Sacco to a dictator. 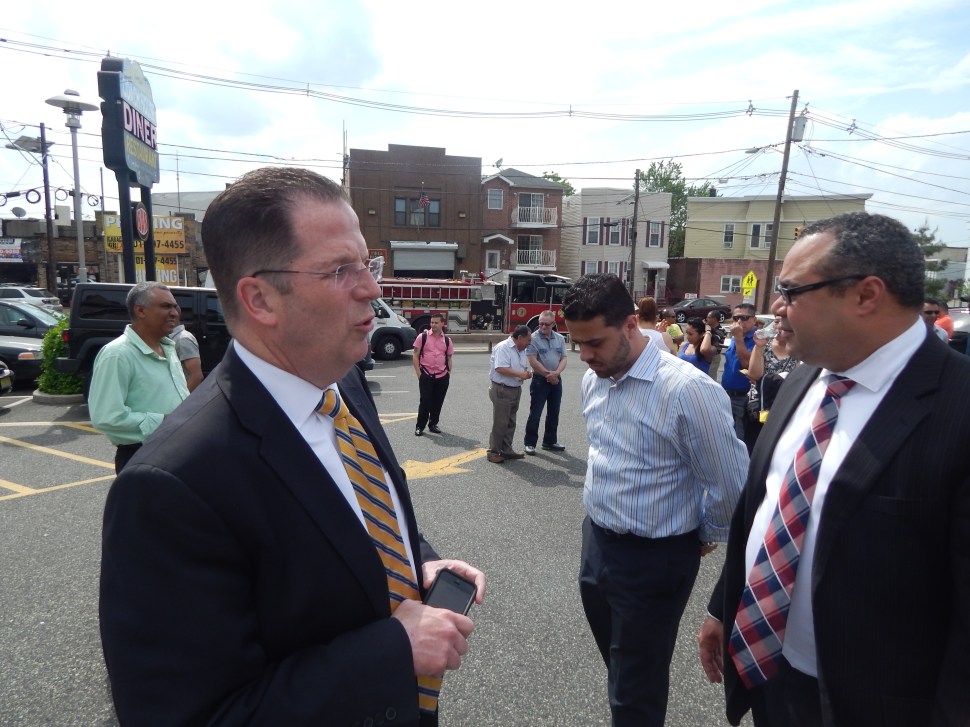