Its stock is publicly traded on the NASDAQ now, but Etsy is at pains to identify itself with organic food co-op values.

In a new report, Etsy describes how its managers get together periodically in “leadership dens,” which it describes as professionally facilitated safe spaces where leaders discuss working better. Etsy also has a happiness index, and nine percent of the company’s 685 employees take part in its Sustainability Commission. The craft marketplace is working hard to cement its reputation as a company that generates money making a better world. To that end, it released these and other big picture insights in Etsy’s recently released 2014 Progress Report.

The report is a 109 page document tracking the craft market’s success in creating a culture where commerce can foster a better world. It comes as Etsy also reports a first quarter loss of $36.6 million, its first report since the company went live on the NASDAQ. Additionally, Amazon has started reaching out to Etsy sellers in an effort to poach them for its own craft vertical, according to Quartz.

The financial press is largely pouncing on the site, which had New York City’s largest IPO in years. Facebook also had a lousy first year on the stock market, and it wasn’t very clear then how the company would make money.

Whether Etsy’s bet on aggressive marketing to up its number of sellers and buyers will translate into a growing bottom line remains to be seen, but here’s Etsy’s case that it’s making a better world, regardless. On its landing page for the report, it says: “There was so much we could have included. We focused on our work that generates economic, educational, or ecological value and that strengthens connections between the members of our ecosystem.”

Here are some standout takeaways, all information according to the report and all the numbers reflect its work in 2014:

In the 2013 report, Etsy made a very big deal out of its status as a B Corp, a certification from B Labs as a socially responsible business. It devoted a full seven pages to the score in its prior progress report. In the 2014 report, it only mentions its B Corp status twice. This is probably because the company is likely to lose its B Corp status in late 2017. In B Corp’s term sheet for company’s certified and incorporated in Delaware, it has required Etsy to change its corporate status to that of a “benefit corporation” by then.

As a publicly traded company, its board may be reluctant to enter into this largely unknown legal territory. 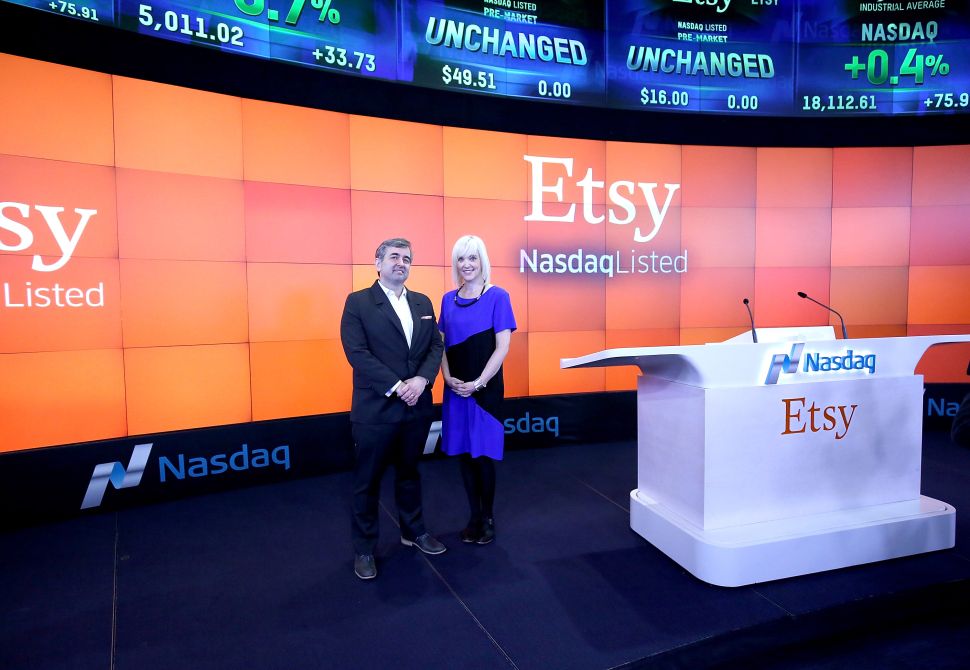