Throughout her career, Rhea Perlman has mostly taken supporting roles, despite her outsized personality. But that doesn’t bother her. “I like the feeling of a family, the heart of a group of people who play off each other and interact—that’s where I think the best work comes from,” she told the Observer on a recent afternoon at Peacock Alley at the Waldorf. The Brooklyn-born Ms. Perlman has been busy of late. Aside from a role on The Mindy Project, Ms. Perlman, 67, appears in I’ll See You In My Dreams, a romantic comedy, featuring Blythe Danner and Sam Elliott, about love at an older age.

Was it frightening to know you were living in a retirement village in I’ll See You in My Dreams? It was scary as shit. It does kind of slap you in the face that you’re getting older and that you’re playing somebody who you don’t think of as yourself. But if Sam Elliott can live there, I can live there.

Do you play bridge? Your character certainly seems to enjoy it. Oh God. My parents played bridge, and my sister and I sort of stayed away from it. Before the movie started, the director Brett Haley had hired a professional bridge player to teach us how to play just so it would look like we knew what we were doing. It was ridiculous. The guy went running the room. None of us had any aptitude for it, I have to say. Or patience.

Have you seen Broad City? I feel like you could have played Susie Essman’s part, as Ilana’s mom. My daughter, she loves it. I haven’t watched as much as she has, but I have been watching a bunch of Amy Schumer. Very bold. And that whole thing of being able to talk about what’s on your mind, as a woman, whoa.

Have you seen her “Last F**kable Day” segment, featuring Tina Fey and Julia Louis-Dreyfus? Yes. I think it’s a totally true comment on what goes on in our business. It was extreme, but it is. That’s why there’s so much plastic surgery. What are Kim Kardashian and all those girls going to do when they’re 50? They’re just going to look like balloons or something.

You grew up in Brooklyn. Do you return? I was born in Coney Island and grew up in Bensonhurst. Not the Brooklyn of today. I went to a high school that’s now torn down. Lafayette is one of the big high schools that got too riddled with crime for them to even deal with it with metal detectors. The neighborhood is still O.K., but I don’t go back because I don’t have any people there anymore, though I think that someday Coney Island will be a recharged seaside place. Why not? I mean, it was originally.

Your father Philip Perlman died earlier this month. Would you care to talk about him? He was a great guy, 95. When my parents retired they moved to L.A. because my sister and I were both there, and my dad started acting on Cheers. My dad was never involved in show business but he had a great love of movies and actors. So he came down to the set and asked, “Why can’t I do this?” And Jimmy Burrows, our director, said “Sure, just sit at the bar over there.” Then he started getting lines. 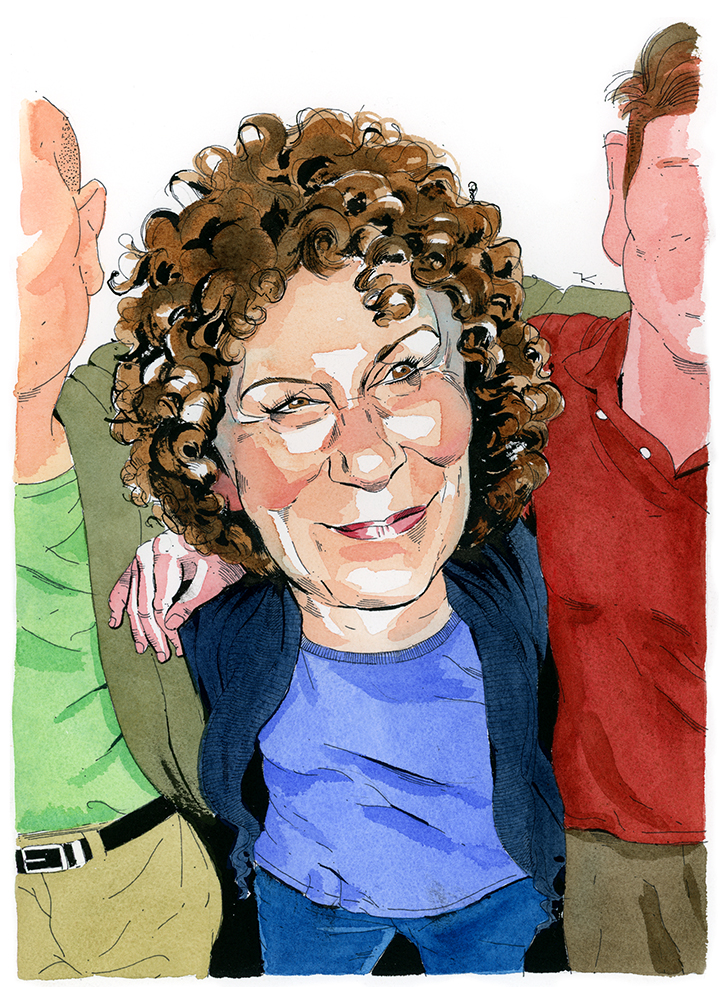