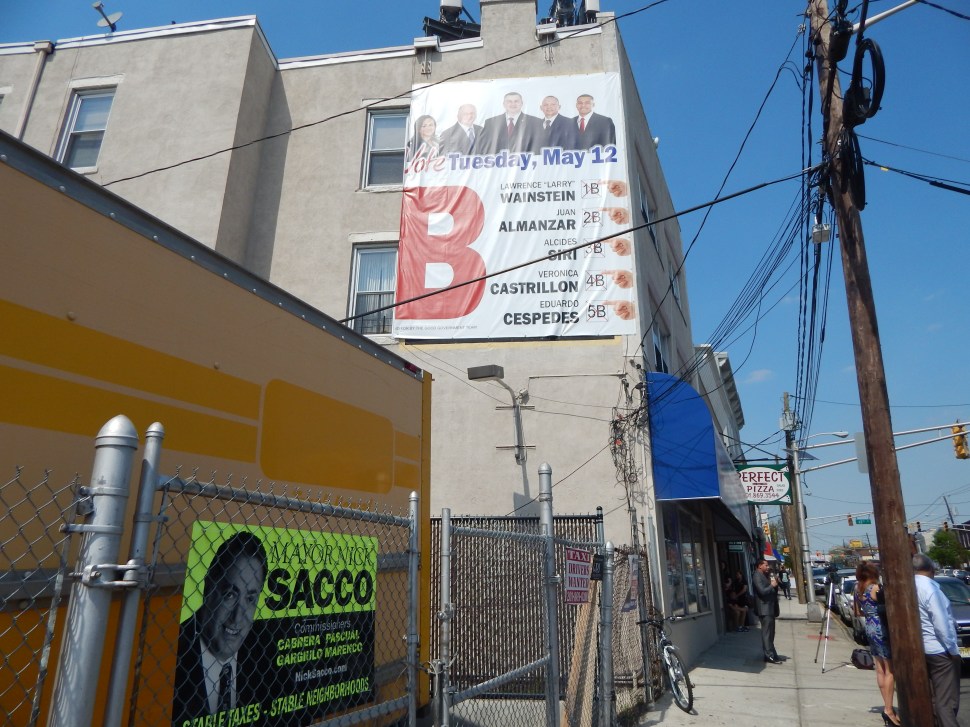 NORTH BERGEN — After the opposition accused the incumbent of habitually promoting voter fraud to steal town-wide elections yesterday afternoon, the campaign team of North Bergen Mayor Nick Sacco shot back today with their own charge.

Forget voter fraud, they say. Larry Wainstein doesn’t even live in the town he’s jockeying to be the mayor of.

According to a statement by Sacco campaign manager Paul Swibinski, newly released business registration documents obtained by the team “prove once and for all” that Wainstein doesn’t live in North Bergen. The documents, which Sacco’s team say they got through the Jersey Business Gateway Records Service, list Wainstein’s residence as 841 Winton Gate Lane in Franklin Lakes.

The most recently-dated document appears to be from March 25, 2015 — “only six weeks ago and far less than the required one year in advance of the municipal election when candidates must establish residency in order to run” Swibinski said.

“Larry Wainstein can lie all he wants, but official business documents that he is required to file by state law can only tell the truth — that Wainstein lives in Franklin Lakes, not North Bergen,” Swibinski said. “These documents confirm what North Bergen residents already know, that Wainstein is an out-of-towner who is only running for mayor so he can make millions for himself and his crew of criminals and ex-convicts.”

The latest attack in the race comes amid a slew of mudslinging between the two camps ahead of a May 12 nonpartisan election, when Wainstein, a local businessman and longtime thorn in the side of Sacco and Hudson County’s political establishment, is hoping to oust the 25 year incumbent, who serves also as a school principal in North Bergen and a state senator in Trenton. Yesterday, Wainstein and his attorney, Mario Blanch, announced that they’d filed a complaint in Mercer County Superior Court alleging over 50 non-North Bergen residents who’ve falsified their addresses in order to cast ballots in past and upcoming elections.

That accusation followed an earlier attack in the day from Sacco’s camp, when they drew attention to a violation notice issued by Union City a week before for Wainstein’s Superwash Laundromats, which apparently doesn’t have a certificate of occupancy required for a commercial space.

Sacco’s camp today said it was that violation notice that led the campaign to “research Wainstein’s vast network of dozens of shell companies and LLCs, which is still ongoing at this time,” and turn up the documents bringing into question Wainstein’s residency.

One of the documents, filed for a company called 2500 Investment Corp., which lists Wainstein as president, shows the candidate holding a Franklin Lakes address in March of 2015. Three others show Wainstein holding the same address in May 2014 and August of 2013.

“Wainstein can keep lying about where he lives, but now he’s been smoked out and everyone can see for themselves that this is all a part of the long con he’s trying to run on the people of North Bergen, which will be over for good in one week when his campaign goes down in flames,” Swibinski said.

But Wainstein’s own camp countered that the candidate does indeed own property in Franklin Lakes and other places, but that his primary residence remains North Bergen, which he is “proud to call home.” They also said the documents referenced are from 1999 when the corporations were formed.

“Larry Wainstein has never denied that he owns property in Franklin Lakes, and other places, but he is proud to call North Bergen his home. If Larry doesn’t live here then Sacco would have taken him to court to challenge his candidacy,” said Luis Gutierrez, Wainstein’s campaign manager. “These attacks are coming from an individual who just yesterday referred to Larry and his supporters, many of whom are Latino, as a drug cartel.”

Gutierrez was referring to the Sacco campaign’s response yesterday to Wainstein’s voter fraud accusations, which characterized the lawsuit as full of “ridiculous lies and deliberate falsehoods filed by a deadbeat attorney who owes almost $200,000 in back taxes on behalf of a campaign being run by the biggest political crook in North Bergen history for a candidate who doesn’t even live in the town he wants to run.”

They also likened the opposing campaign’s attempt to seek help from the state Division of Elections to “a drug cartel asking for help from the DEA.”

But Gutierrez today returned the dis, pointing to the recent raid on North Bergen’s town hall by the Attorney General’s office in connection with a set of parks department employees caught falsifying time sheets. One of those employees Sacco counts as a close friend.

“If Sacco spent as much time managing our town as he did issuing pathological press releases, then the Attorney General wouldn’t have carted off his girlfriend’s son for stealing from taxpayers through a no show job given to him by Sacco himself,” he said. 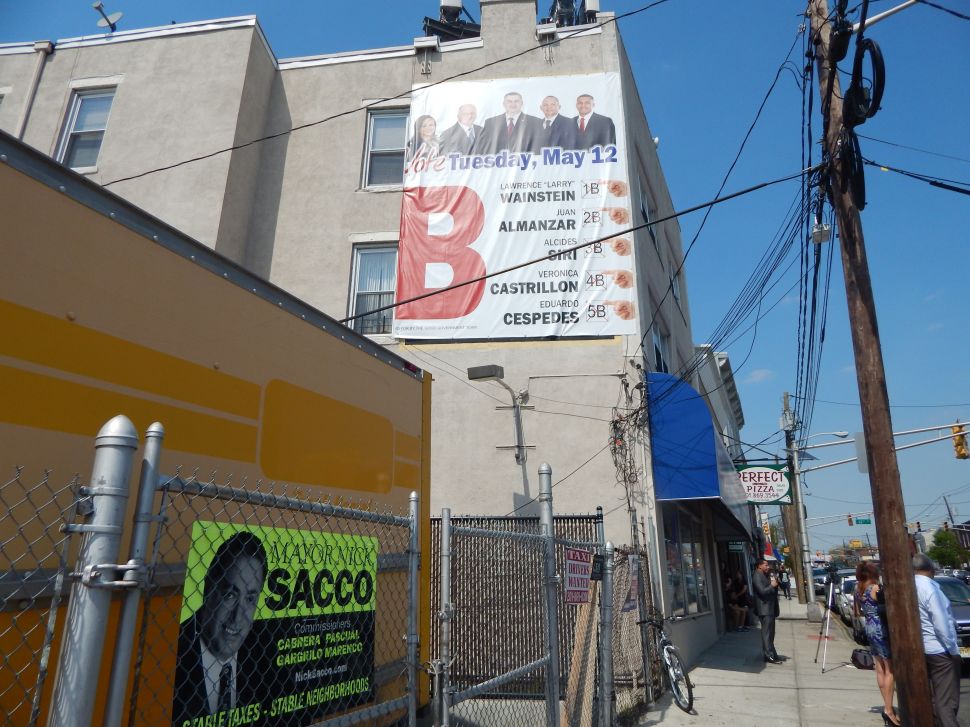