Remember junior high? Well, the reality is, if you’re a woman, you never really get to leave.

Unfortunately, according to a near mountain of research on sex differences, the “You go, career girl!” advice Ms. Sandberg does give is unrealistic and may even backfire on women who take it.

The problem starts with her book’s title, unreservedly advising women to “lean in”—to boldly assert themselves at the office—without detailing the science that lays out the problems inherent in that.

Ms. Sandberg goes clueless on science throughout her book; for example, never delving into what anthropological research suggests about why women are not more supportive of one another and why it may not be reasonable for a woman to expect other women in her workplace to be supportive of her in the way men are of other men and even women.

Joyce Benenson, a psychologist at Emmanuel College in Boston, doesn’t have Sandberg’s high profile, but she’s done the homework (and research) that’s missing from Sandberg’s book, laying it out in a fascinating science-based book on sex differences, “Warriors and Worriers: The Survival of the Sexes.”

Ms. Benenson explains that “throughout most of human history, men and women have specialized in different behaviors necessary to ensure the survival of their children to adulthood.” These are evolved sex differences she’s talking about—evolved over millions of years and still affecting us biologically and psychologically today, sometimes in ways that are a mismatch with our modern world.

And no, contrary to feminists’ contentions, these sex differences don’t come out of Playboy, video games, or television. Benenson told me, “No study has ever shown that the environment causes sex differences, and sex differences existed long before any of these modern inventions.”

Some of the strongest evidence that sex differences overwhelmingly are born and not learned comes from Benenson’s and others’ research on infants, sometimes just several months old, as well as from research on nonhuman primates. Chimps, for example.

In April, when I heard Ms. Benenson speak at the NorthEastern Evolutionary Psychology Conference in Boston, she showed a slide of a girl chimp cradling a stick like a doll. The slide was from research by biological anthropologists Sonya Kahlenberg and Richard Wrangham. It illustrates their remarkable finding that many young female chimps (but few males) seem to play with sticks as if they’re dolls. And—obviously—not because that’s what they saw on Saturday morning cartoons.

This photo by Richard Wrangham is of a young female chimp engaging in what seems to be “doll” play with rocks.

Mr. Wrangham explained to me in an email that “current data show a sex difference in the frequency” of this doll-like rock play, but that he still needs more cases to consider the notion of rocks as dollies for female chimps as more than “a fun observation.” (Right now, he says there’s a three-to-one or 4 to 1 ratio of female cases to male cases of this sort of rock play, same as with the stick play.)

The upshot of the research on sex differences, Ms. Benenson explains, is that men evolved to be “warriors”—the defenders of the species—and are prepared to do physical battle and do battle in the boardroom in a way that women, the “worriers,” who evolved to care for vulnerable children, are not.

Men have far greater muscle mass than women, far more physical strength, and far more of the hormone of aggression, testosterone. Even very young boys show a love that girls do not of play fighting, of declaring an “enemy” to battle, and of weaponry—to the point where Benenson reports that they’ll shoot “bullets” out of a doll’s head if no toy gun happens to be available.

Research finds that women are not only physically weaker than men but more fearful—from infancy on—and rarely engage in physical fighting. This makes sense, Benenson notes, as a serious injury could jeopardize a woman’s ability to have children or to live to protect the ones she already has. Women did evolve to compete—with one another, for male partners and for resources for their children. But they compete differently from men.

Ms. Benenson explains that there’s an “inherent conflict in unrelated females’ relations with one another.” They very much want one another’s support—as coalition partners and for help with childcare—but “they must invest first and foremost in their families.” In fact, because we are driven to pass on our own genes or at least those of people closely related to us, it really doesn’t make evolutionary sense for a woman to invest in an unrelated woman, except as a form of self-protection.

How this plays out among women leads to some “very confusing” (and often ugly) relationships, with women as covert competitors, using tools including gossip and social exclusion to push down other women, especially any who dare to stand out.

Men, on the other hand, are direct and domineering with one another from boyhood on in a way that women are not. Men come together in groups, while women form dyads—groups of two. Men love competition and contests to see who’s best, whereas women get insulted if one woman seems to be asserting herself as better than the others.

In fact, research finds that women bond through sharing their failures and vulnerabilities—an essential bit of information that helps explain what Sandberg merely laments: women’s not proclaiming their greatness in the workplace and not finding it natural to just march right up and “sit at the table.”

Although Ms. Sandberg, like other business advice writers, repeats the stereotype of women as “communal,” it is actually men who evolved to be cooperators in a way that women, ever-vigilant that another woman might get one over on them, did not. When men aren’t fighting each another, they are quick to band together against a common enemy. Or, after kicking each other’s asses, they’ll go and have a beer.

Sure, it’s 2015, and we’re marching through the workplace with iPhones instead of pawing in the underbrush for berries, but this evolved psychology is still driving us, and it’s to the detriment of the women who read Ms. Sandberg’s book that it is ignored instead of taken into account. For example:

Ms. Sandberg on male versus female ambition: “Men are continually applauded for being ambitious and powerful and successful, but women who display these traits often pay a social penalty. Female accomplishments come at a cost.”

Science says: Men are comfortable with hierarchies and taking the lead in a way that women are not. Women want everybody to be equal. Ms. Benenson writes, “Girls do not rehearse leadership skills with one another. They take great care not to overtly boss one another around” (with the exceptions being during play when one of them is pretending to be the mother or teacher).

Ms. Sandberg is puzzled: “Men have an easier time finding the mentors and sponsors who are invaluable for career progression.”

Science suggests: If you’re a woman looking within your own company for a mentor, try to find one who is male, because men are comfortable with competitors in a way women are not. If you want a woman to mentor you, your best bet is probably finding one outside your company, who may not see you as such direct competition.

A Sandbergian fantasy: “Women will tear down the external barriers once we achieve leadership roles.”

Science says: A woman might tear down the external barriers so she can get in—and then throw them right back up so other women can’t.

Ms. Sandberg’s discomfort with recognition: In keeping with scientific findings suggesting that women evolved to self-protectively avoid standing out, it is unsurprising that Sandberg writes of being horrified to learn that Forbes had ranked her as the fifth most powerful woman in the world, right after German chancellor Angela Merkel and Secretary of State Hillary Clinton. “Far from being powerful,” she explains, “I felt embarrassed and exposed.” Acccordingly, years before, Sandberg was recognized by her business school as a Henry Ford Scholar for having the highest first-year academic record. The award, a cash prize, had been split amongst six other high-achieving students, all men. Only one of these awardees—Ms. Sandberg—kept her prize a secret.

Sandberg shows her ignorance on the science on sex differences: “Are there characteristics inherent in sex differences that make women more nurturing and men more assertive? Quite possibly. Still, in today’s world where we no longer have to hunt in the wild for our food, our desire for leadership is largely a culturally created and reinforced trait. How individuals view what they can and should accomplish is in large part formed by our societal expectations.”

The science Ms. Sandberg missed about “societal expectations”:: …our societal expectations which were formed by our genes, which shape our physiology, our psychology, and, in turn, our culture. Sure, there will always be outliers—such as female execs who are extraordinarily kind and helpful to other women on the way up—but putting out a book of business advice that contains hundreds of pages of largely imaginary notions about human psychology is mainly helpful for book sales, not for the women who are snapping it up.

AMY ALKON: WHY ARE OLDER MEN LOOKING AT WOMEN HALF THEIR AGE 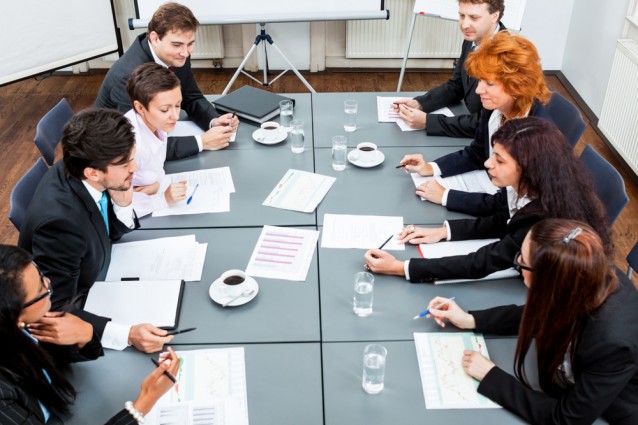