TRENTON — The son of Joyce and John Sheridan, in a letter to Acting Attorney General John J. Hoffman today, called New Jersey’s apparent lack of an official state medical examiner “deeply troubling” — particularly as it relates to prosecutors’ since-concluded investigation into the deaths of his parents in October 2014.

Mark Sheridan, an attorney at Patton Boggs who announced he’d be stepping away from his work as counsel for the Republican State Committee after the politically-connected couple’s deaths were ruled a murder-suicide by the Somerset County Prosecutor’s Office earlier this year, argued in the letter that the absence of a state-appointed examiner in the case led to a series of errors, and that those errors may have led to an incorrect cause of death ruling.

Sheridan called into question Lilavois’s credibility, arguing that he had acted “without the supervision of a board certified forensic pathologist” — an oversight he said was “beyond troubling.” Sheridan pointed to a New York Times story about the controversial death of a man in 1997 upon whom Lilavois performed the autopsy, and noted that Somerset County Prosecutor Geoffrey Soriano has admitted several mistakes in Lilavous’ autopsy of the late John Sheridan, including his failure to notify the Soriano that John Seridan was not killed by either of the knives in the possession of the prosecutor’s office. He also pointed to “obvious errors in the autopsy of our father including his age, height, weight, and the location of the wounds that purportedly caused his death.”

Soriano made public his report on the case last month, which Sheridan dismissed it as sheer incompetence.

“Had there been a State Medical Examiner, perhaps it would not have been necessary for our family to retain Dr. Baden to identify the failures of the initial autopsy. Had Dr. Lilavois been supervised by a board certified forensic pathologist, maybe we would have accurate answers as to what happened to our parents. At a minimum, one would expect the age, height, weight and locations would have been correct in the autopsy report,” Sheridan said.

Sheridan’s letter is the latest development in the case, which the influential Republican operative has criticized as having been mishandled by Soriano and other state officials. He’s released dozens of pages of evidence that he argues brings into question prosecutors’ conclusions, and in an earlier public statement, offered on behalf of his family a $250,000 reward for information leading to the arrest and conviction of those responsible for the deaths. He’s also vowed to work to prevent Soriano — whose first term is coming to a close — from being reappointed to his post.

Sheridan today asked the AG’s office to supersede the county prosecutor’s office and take control of the investigation.

“We understand that Dr. Lilavois asserts that he did identify the wounds to our father and their significance, but that the Prosecutors office refused to conduct further investigation into the missing knife. Given your oversight role of both parties, perhaps you can get to the bottom of who was responsible for the failure with respect to the missing knife,” he said. 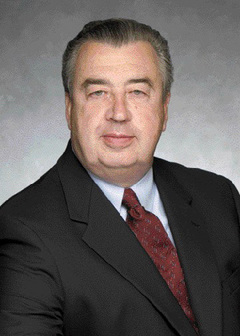