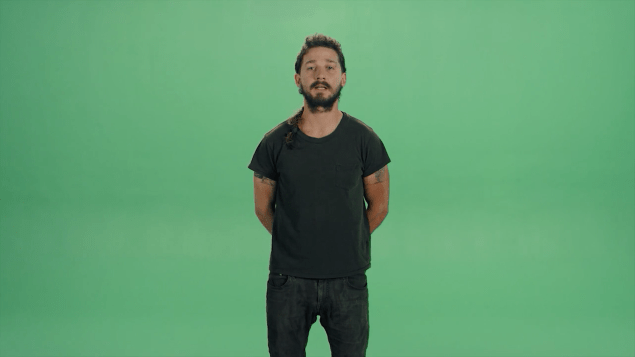 In all seriousness, Shia LaBeouf may just be the real deal.

The actor-turned-performance artist has added, yet again, to his ever-growing list of provocative, spontaneous performances with #INTRODUCTIONS, a 30-minute film done in collaboration with graduates from Central Saint Martins art school in London. The film consists of 36 mini-performances, done in front of a green screen, that are inspired by corresponding artworks and directions assigned to the actor by students.

Mr. LaBeouf interprets their instructions as he does—with unrelenting passion and a dedication to craft that gives Marina a run for her money. He screams, he breathes deeply, he converses with himself, he stands on his head, he wears a black motorcycle helmet. The result is an entire spectrum of emotion, at times comical and at other moments totally terrifying as he belts out expletives from the gut. The green screen was later swapped with imagery by each student and live streamed on YouTube.

Mr. LaBeouf has already got several endurance works under his belt. For #IAMSORRY Mr. LaBeouf wore a paper bag over his head and invited the public to sit with him at an L.A. art gallery. #Metamarathon found the actor running laps around Amsterdam’s Stedelijk Museum 144 times. The, last March, he live streamed his heartbeat over the Internet. He also starred in a controversial music video for Sia’s Elastic Heart alongside 12-year-old Maddie Ziegler. 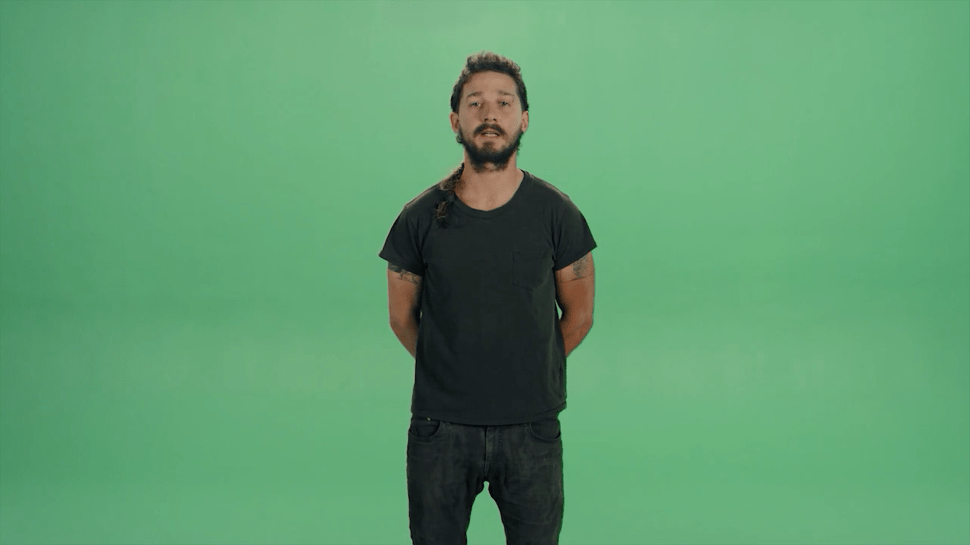