In my early 20s, I left university to start a pizza shop. It wasn’t an easy decision at the time. The prospect of being a “college dropout” was scary. I quickly got used to hearing, “You’re making a mistake,” from my friends and counsellors. But eventually, I followed my gut and left school.

Today, I’m the CEO of a social media company with 11 million users, including some of the biggest Fortune 100 firms. We have more than 700 employees in a half-dozen offices around the world. Each day I get to work with some of the most talented engineers, designers and marketing minds in the tech world.

My path from pizza to social media CEO certainly wasn’t direct. But sometimes I ask myself: Would I be here if I had stuck it out in college and went on to get my MBA? Maybe not.

Higher education is pricier than ever, but in today’s job climate, it doesn’t always guarantee a return on investment. This applies even to the once-coveted Master in Business Administration. For the more entrepreneurial-minded, the MBA may not be the best choice anymore. Here’s my take on why:

MBAs may no longer make sense financially. Many people say they want an MBA for the money. But more modest salary gains for MBA graduates combined with skyrocketing tuition costs mean degree holders aren’t experiencing the kind of financial rewards they once did. In the mid-1990s, graduates of top U.S. MBA programs saw salaries triple in just five years. Graduates leaving the exact same programs in 2008 and 2009 saw that pay spike reduced by half.

Meanwhile, the cost of MBAs simply keeps rising. Nowadays, a two-year MBA at an established school like Harvard or Columbia may well cost you well over $300,000. That’s just staggering.

MBAs don’t represent the networking option they once were. A lot of people get an MBA for the networking opportunities. But the Internet and social media are changing how we network and — in some instances — offering unique opportunities to access business influencers and decision makers. Professional social networking sites like LinkedIn and even Facebook and Twitter are proving valuable tools for taking first steps toward connecting with allies and partners. Take the story of Stacey Ferreira, a 19-year-old who landed a million-dollar investment from Richard Branson with a tweet. (She has since dropped out of college.)

It’s also worth noting that MBA programs can be less than the picture of collegiality: Cutthroat competition means there’s no guarantee your classmates are going to become trusted colleagues. As for the professors, they may not necessarily make the best contacts either, since many are smart theorists but untested business people.

MBAs are not as exclusive or prestigious anymore. MBAs used to be something that really helped you stand out. Now that elite clique is more like a crowd. In 2011–12, schools in the US gave out 191,571 MBAs, a 66-percent increase from the 2000–01 school year. Before the early ‘90s, you had to be enrolled in a full-time program to attain an MBA. These days, you can get one part-time or online from schools that are hardly household names.

Don’t get me wrong. I’m not saying that an MBA is worthless. Any post-graduate degree expands your career options. But the new business landscape — thanks in part to the Internet and social media — grants innovative, entrepreneurial and ambitious people all sorts of new opportunities, without the degrees. It might be worth saving yourself two years — and a few hundred thousand dollars — to start going after your dream now.

You’ll be in good company, from first-year Harvard dropout Bill Gates to Richard Branson and the late Steve Jobs, who left Reed College after just six months because of the financial strain it was putting on his parents. These are extreme cases, of course, but the notion that business success is predicated on higher education is getting harder and harder to sustain. 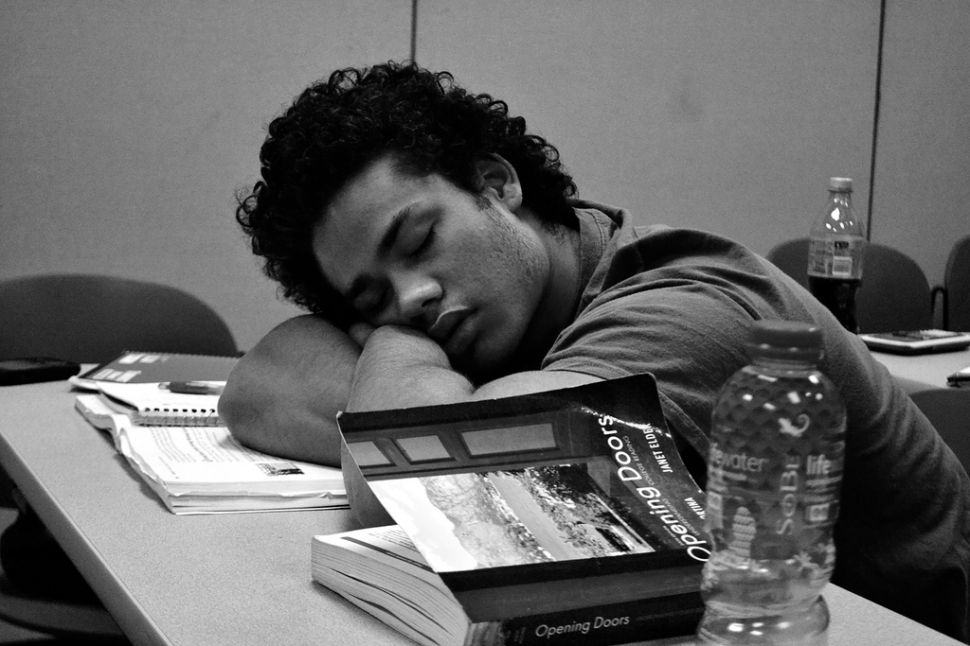