One afternoon when Josh Ozersky lived in an apartment in non-prime Ditmas Park—Ozerkistan, as he dubbed the neighborhood of his exile—he happened to invite me to grab some chow. I didn’t have much time and suggested this or that yuppie restaurant on Cortelyou, which he promptly brushed aside as the offerings of an amateur. “Nah, I have to put the feedbag on,” he protested, and ditched me for some meaty place on Coney Island Avenue.

A feedbag. What a way to eat: elemental, entitled, deeply pleasurable and literally animalistic. Strap a sack on your face and chew. Josh, who died suddenly on Monday attending the James Beard Awards in Chicago, had a lust for food so deep and wide he couldn’t possibly do anything other than write about it, even though at times I’m sure he wished he could.

We emailed a lot, mostly about money. I edited his features for the Observer and had been a fan since his pre-Mr. Cutlets days as Casper Gutman, “impoverished gourmand” for the Manhattan Spirit, where he wrote about scarfing copious quantities of cheap meat that mostly sounded disgusting. Even as he became a star, publishing critically lauded books including The Hamburger: A History (2008) and plying his inimitable talents for Time, Esquire and The Wall Street Journal, I got the sense that the financial upside of being a big-deal food writer didn’t match the glory.

Not that food writing itself was all glory either. For the Observer, Josh wrote a fascinating piece about the grueling metabolism of the food blogging machine that chews up and spits out not only chefs, but bloggers too. Josh discovered this as a founding editor of Grub Street, were he earned a lifetime ban from David Chang as well as a James Beard Award — and got his ass kicked by blogging’s hourly churn:

I cracked under the pressure and became a whimpering mess, like the soldier Patton slaps in the hospital. In my haste, I made frequent errors, and earned the daily scorn of a young editor charged with “cleaning up my messes,” as he put it. But other writers, younger ones, adapted quickly to the pressure.

Josh’s combination of erudite bluster and emotional vulnerability was key to his appeal. Everyone loved him, except a few people who hated him. Screw them. His mother died when he was 14 and his therapy sessions were meals with his father, an under-appreciated painter and food lover to the core whom Josh eulogized memorably in Saveur. Being a self-described lonely child served Josh well as an adult—he was a big, nerdy, handsome love of a guy who signed his emails “yr pal.”

Josh was chivalrous; as a newlywed, he told me he was leaving Ozerkistan because, “You can’t make a woman live out there!” (even though I lived out there). A TV savant and historian, he possessed the kind of brain you just wanted to crawl into and hang out in, as well as a way with words that made him practically painful to edit because it meant you had to remove some. He could be an asshole on occasion, but only when the situation demanded it, like the time that the over-hyped Brooklyn food scene was due for a correction:

I believe that Brooklynites grossly overestimate their restaurants as a defense mechanism against the anguish of exile. The great unspoken fact of Brooklyn life is that nobody, at least nobody I have ever met, moved there because they liked it better than Manhattan. (“It’s not true!” I can hear them saying. “I have no interest in living in Manhattan …”) In fact, though, they live there because it’s the best place they can afford.

A couple years later, Josh wanted to revisit the topic and wrote to me, by way of a pitch: “Brooklyn is better than I thought. I moved back, dreading the backwardness, insolence and sanctimony of the local shitholes but I’ve been eating in a bunch of restaurants that opened in the last year and they are not like Brooklyn as I remember it.” (I share this not because I thought it was a good idea to assign this piece, but because I think Josh would have liked the record to reflect his evolution on the matter of Brooklyn food.)

Better-than-expected dining options weren’t enough to keep Josh in Brooklyn. A few months ago, he moved to Portland, and told me in his last email back in January that he was really happy there—and wasn’t coming back.

Portland is paradise, but I hadn’t reckoned on car payments! I ended up buying one at a usurious interest rate. That aside, this place is paradise. I go out every morning barefoot in my bathrobe. There’s no snow, no ice, and no real rain to speak of—just drizzle. And the nature! Vey is mere! I am never leaving! And never, ever, coming back to Brooklyn. Even if Jay-Z had a pile of hundred dollar bills for me. How’s things out in Ozerkistan?

It’s inconceivable that Josh is dead. It’s still unclear how he died at 47 (the autopsy is today, which is itself an awful thing to write), but it’s impossible for the mind to rule out a lifetime devotion to animal fat as being some kind of factor. This is a guy who got winded walking the Brighton Beach boardwalk, whose credo was “The fat is the meat, and the meat is the vegetable.” In his most recent byline for Esquire, he called bacon a “straight-up fetish object” and declared that “nobody who leaves bacon uneaten on their plate will likely be good in bed.” Pigs and cows won’t miss Josh Ozersky, but a whole lot of people will. 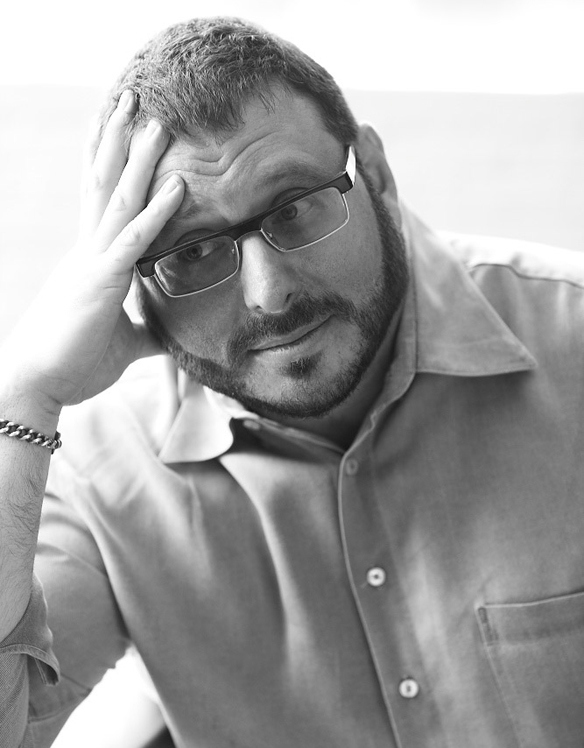