Sotheby’s held the second biggest postwar and contemporary sale in its history Tuesday evening, setting auction records for Christopher Wool, Sigmar Polke and Helen Frankenthaler. But in an otherwise lively $379.7 million evening, some of the highest-estimated works — by, among others, Roy Lichtenstein, Mark Rothko and Andy Warhol — elicited minimal drama. “There didn’t seem to be a lot of bidding on the top lots,” dealer David Nash said upon exiting the salesroom. “Maybe it’s because there’s so much on the market.”

New York’s busy art week continues tonight, with Christie’s contemporary sale, after a Pablo Picasso painting of a scenic harem Monday night became the most expensive work ever to sell at auction, at $179.4 million. In contrast to that memorable evening, in which a half-dozen specialists cajoling buyers on telephones accounted for much of the bidding, Sotheby’s auctioneer Oliver Barker had to contort his body every which way last night to accommodate bids throughout the room and on the phone banks.

“It was much more transparent,” Mr. Nash said of the Sotheby’s sale relative to Christie’s. At Christie’s, he said, “no one had any idea who bought anything.”

The Sotheby’s tally surpassed the $315.1 million low estimate but was short the $411.2 million high estimate. Just seven of the 63 lots failed to sell. The top lot, Rothko’s eight-foot tall Untitled (Yellow and Blue), was pegged at $40 million to $60 million and made $46.5 million. Number two was Lichtenstein’s The Ring (Engagement), anticipated in the region of $50 million and sold for $41.7 million. (Final sales include fees; estimates do not.) That picture, in Lichtenstein’s comic book style, shows a man’s hand placing an engagement ring on a woman’s that’s adorned with red fingernails. “People want a face,” private dealer Caroline Schmidt said of Lichtenstein collectors. “Had this been a face with a balloon it would’ve been insane.”

She added that nearly $42 million for a Lichtenstein, whose auction record is $56 million, is plenty. “We’re a little jaded,” she said. Collector and retired plastic manufacturer Stefan Edlis, who sold the work after paying $2.2 million for it at auction in 1997, concurred. “It was remarkable,” he said of the price, 19 times what he had paid for it 18 years ago.

The Lichtenstein sale was emblematic of this season: artworks selling for healthy multiples of what they might have brought less than a generation ago but still “failing” to meet the auction houses’ high pre-sale expectations.

A 1973 Andy Warhol portrait of Mao Zedong that sold for $13.5 million at Phillips de Pury & Co. in November 2012 hammered at $12.7 million and reached $14.5 million, with fees. But the late Warhol’s vivid Superman made $14.4 million, above its $8 million high estimate. Seven bidders chased it, according to Sotheby’s

Although it wasn’t the top lot, the evening’s star was Wool’s spare 1990 enamel on aluminum word painting, Untitled (Riot). At $29.9 million, it blew past its $18 million high estimate. That comes to about $7.5 million a letter. “I don’t understand it,” Nash said of the price. “I’m old fashioned and out of date,” he added with a smile. 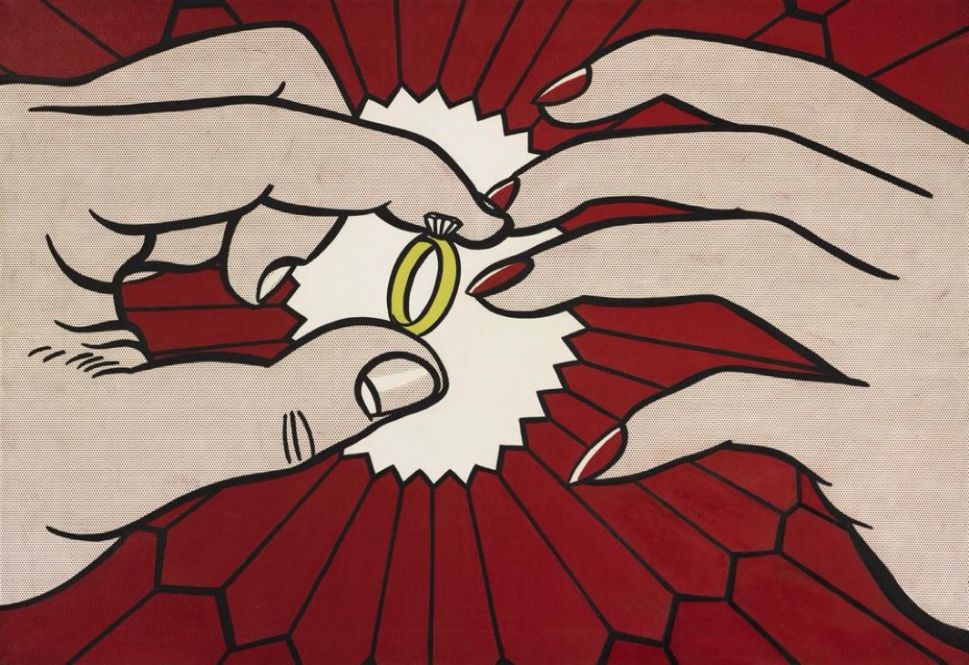