By now you’ve no doubt heard of, if not already sampled, the “mini Frappuccino,” the 10-ounce sugary drink Starbucks rolled out this week. It’s selling through July 6 at chain stores throughout the country, and it’s two ounces smaller than a “tall,” Starbucks’ confusing term for its 12-ounce beverages, until now the smallest size on offer for cold drinks. (Starbucks also sells a “short,” or 8-ounce cup, for hot drinks, but it isn’t listed on the menu.) With that in mind, the new mini Frap may seem at least mildly revolutionary to those who have been brainwashed through the years—which is to say basically everyone—by Starbucks’ stubborn and often contradictory vocabulary of size. But make no mistake: the mini Frappuccino isn’t mini at all.

The fact is, 10 ounces is a much more reasonable size than Starbucks would like you to believe. This truism applies as much to the milkshake-like simulacrum of a frozen cappuccino that is the Frap as it does to a hot cup of coffee.

I am aware that a mini Frap—which contains about 120 calories and 24 grams of sugar, according to the AP—may appear too small. I bought one earlier today and felt slightly emasculated as I walked down Eighth Avenue with such a seemingly dainty cup in hand. You may also feel uncomfortable asking for something mini out loud. But that’s only because Starbucks’ ubiquity has made it harder and harder to be aware that they are basically peddling cup sizes on steroids. The largest size Starbucks sells is a 31-ounce behemoth called the “trenta,” and nobody really needs that much drink, even if you’re shopping at Juice Generation.

The surly yet discerning writer Tom Scocca got at a similar point in a blog post for Gawker last year. “When you drink a coffee larger than a small coffee, the coffee gets cold before you can finish it,” he wrote. “You begin with a steaming, uplifting sip, and by gradual stages you end up sucking down cold, aroma-less dregs. Everyone knows this. Even people who disdain small coffee will confess that their larger beverages end in misery.”

The same thinking applies to the Frap, which can turn unappealingly to liquid by the time you’ve gotten half way through it. (And the brain freezes!)

Over the past 10 years or so in New York, a growing number of specialty coffee shops—Ninth Street Espresso, for instance, and Blue Bottle—have been fighting back against the tyranny of Starbucks by selling smaller coffees. Sometimes they go so far as to list one size option for drip coffee. The size is usually 12 ounces, since specialty coffee shop proprietors like Ken Nye and James Freeman think you don’t really need more caffeine than that in one sitting, and if you do want more, you can buy another cup.

It is, of course, your God-given right as an American consumer to slurp up as large a drink as you’d like—or at least as large as corporate cafes will allow. But it’s worth keeping in mind, the next time you go into Starbucks and look up at their big, complicated menu, that you don’t really need more than 12 ounces—which is the size of a can of Coke—to satisfy your yen for caffeine and sugar.

It’s also worth remembering that Starbucks could have called the mini Frap anything. “Dieci,” for instance, which means “ten” in Italian. I’m assuming even Starbucks knows that would have been too annoying to impose on its customers. But they very well could have, and it’s most likely that we would have blindly gone along with it. So, coffee drinkers of the world, cast off your corrupted notion of size and see the mini for what it is! A regular. 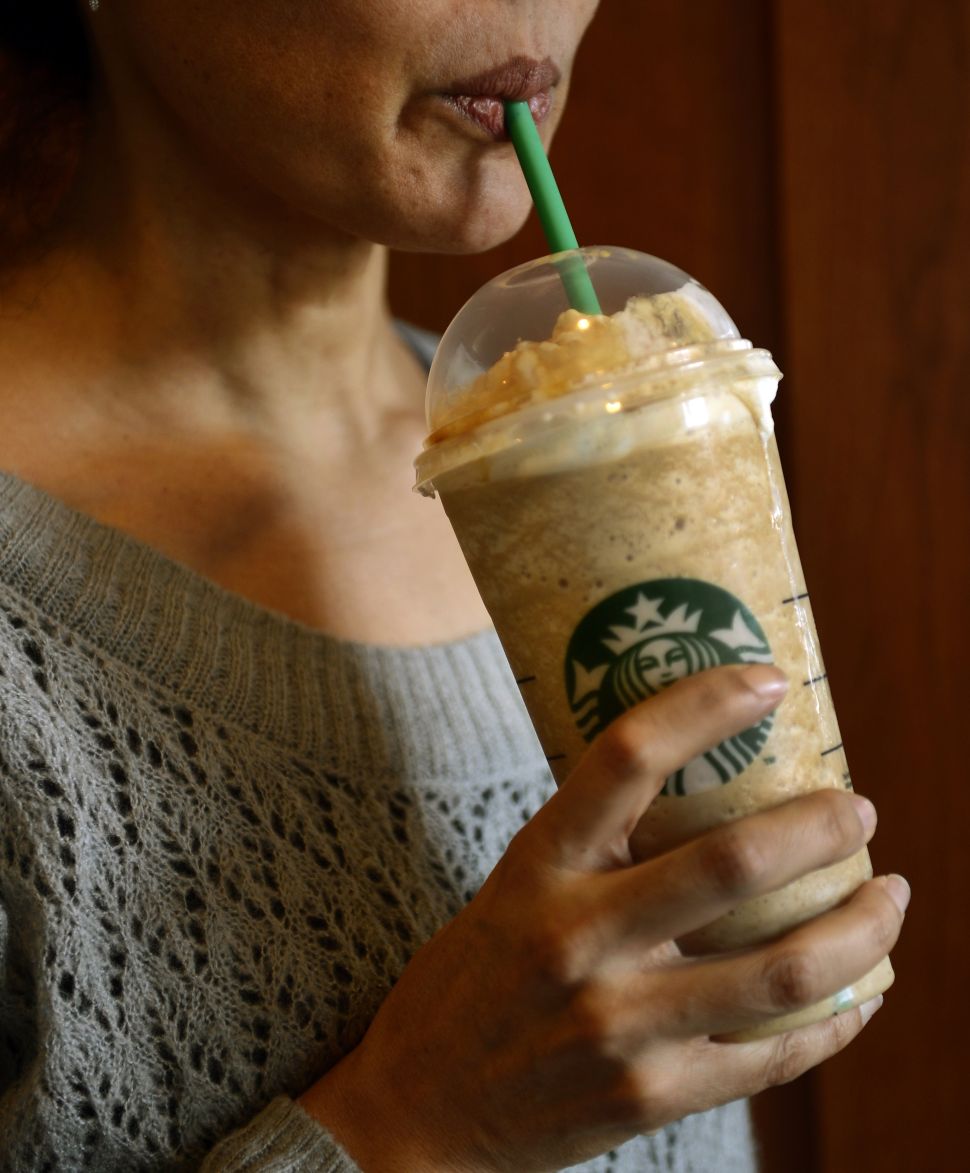