Following through on a promise he made last month, State Senator Tony Avella unveiled a bill today that would force political consultants to register and report their activities like lobbyists.

Mr. Avella, a Queens Democrat, said he was inspired by a NY1 report on the growing influence of BerlinRosen, a consulting and communications group that counts Mayor Bill de Blasio as a client, to craft the bill.

“In this time of declining public trust in elected officials, it has become vital that consultants are subject to similar disclosure mandates that lobbyists already follow,” Mr. Avella said in a statement. “By revealing these lobbyists in consultants’ clothing, we can continue to rebuild New Yorkers’ confidence in government.”

Mr. Avella, the chair of the Senate Ethics Committee and a part of the five-member breakaway Democratic bloc known as the Independent Democratic Conference, said his bill would apply to public relations, strategic communications and campaign consulting firms earning more than $5,000.

The bill would require these consultants to register and report their client relationships, similar to mandates that already exist for lobbyists. It would also require annual registration and bi-monthly reporting by consultants, which would be monitored and reviewed by the Joint Commission on Public Ethics. Penalties for failure to report or false reporting would include criminal charges as well as potential civil fines starting at $25,000.

Good government groups have criticized the explosion of these firms in recent years. Consultants like BerlinRosen advise political campaigns while also representing clients who may have business before many of the same politicians they help elect. They do not perform lobbying under the strict definition of the law–“any attempt to influence” legislation, executive orders, agency rules and regulations having the force and effect of law, as well as other governmental actions–but can exert pressure on lawmakers in other undisclosed ways, critics like Mr. Avella argue.

The political activity of consulting firms has been a pet issue for Mr. Avella. Two years ago, he introduced a bill to bar consultants from simultaneously performing campaign and lobbying activities. That bill went nowhere in Albany, where these same firms hold sway.

Mr. Avella’s latest bill is likely to face similar hurdles. One issue for Mr. Avella will be more directly clarifying the legal definition of a consultant and consulting work. 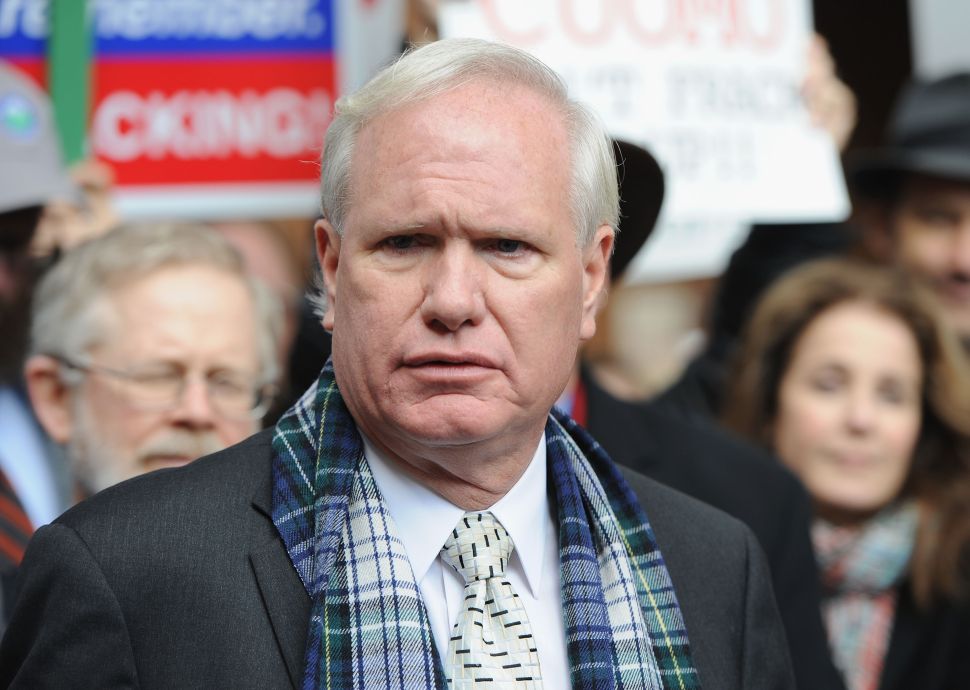