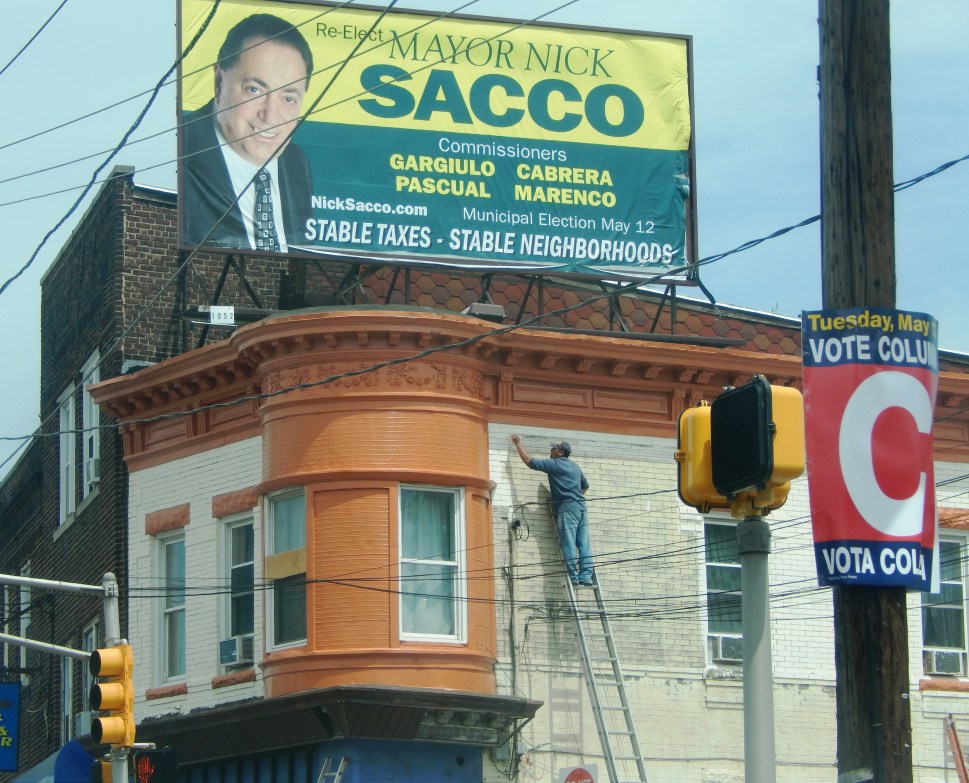 NORTH BERGEN – You have to wonder about the reaction of someone who has fought in the Middle East, a combat war veteran, who would come home after experiencing all the horrors of human tragedy in a God forsaken desert to hear people here in New Jersey in T-shirts and wielding campaign signs speaking so casually about “war,” as if what is happening on the streets in North Bergen right now is the equivalent of the worst human mayhem.

In a way, though, it is war, in this case, a hugely sporting sparring of signs.

Four years ago, Team Sacco parked a truck plastered over with Sacco signs on the street in front of opposition headquarters, blotting out of existence any sign of rival life. This year, in the same spot on John F. Kennedy Boulevard, a rickety metal ladder rests against the side of a stucco building across the street from one of the prime headquarters of challenger Larry Wainstein.

At the summit stands a smiling picture of Mayor Nick Sacco, staring down on the entire area, dominant and unmistakable.

With another five plus hours to go before the polls close, bands of campaign volunteers from both sides stand point counterpoint up and down the boulevard, jeering at each other and shaking their competing campaign paraphernalia. 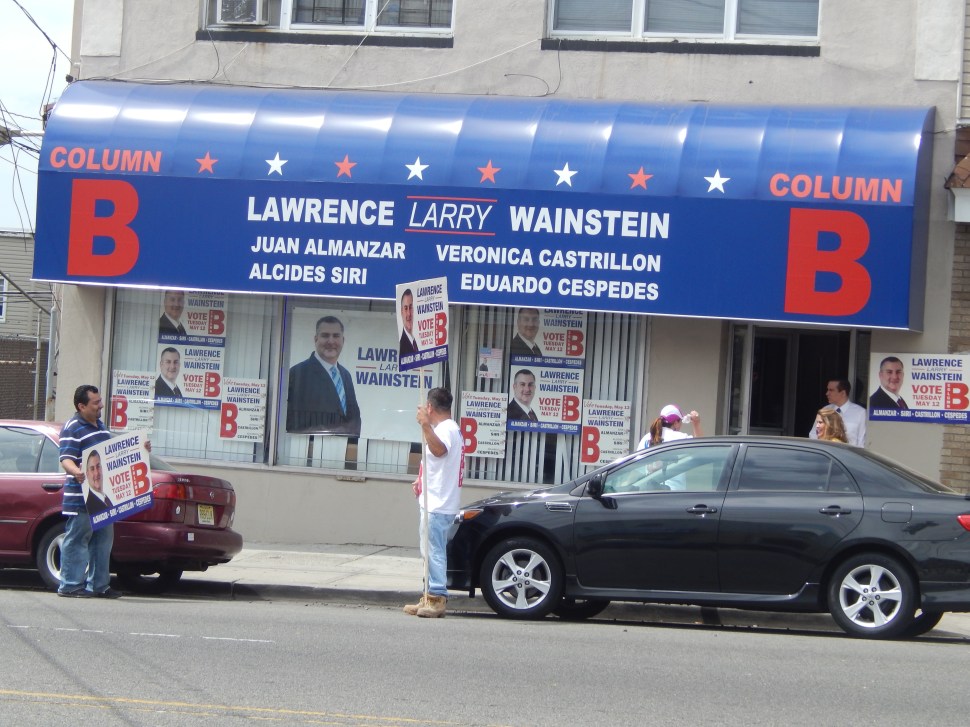 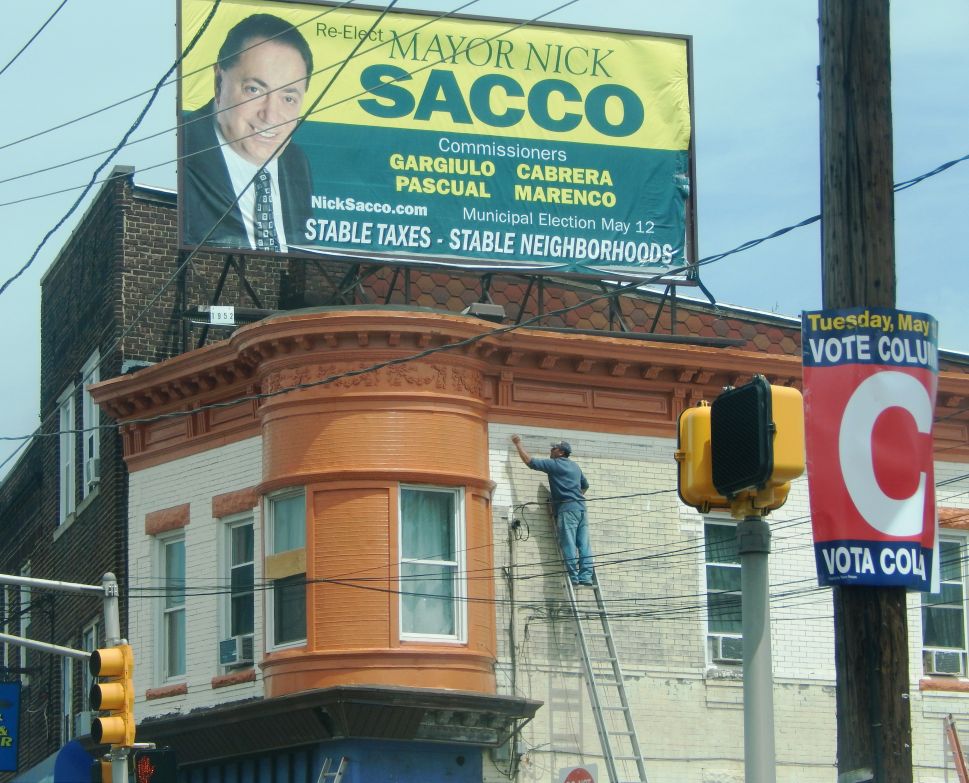