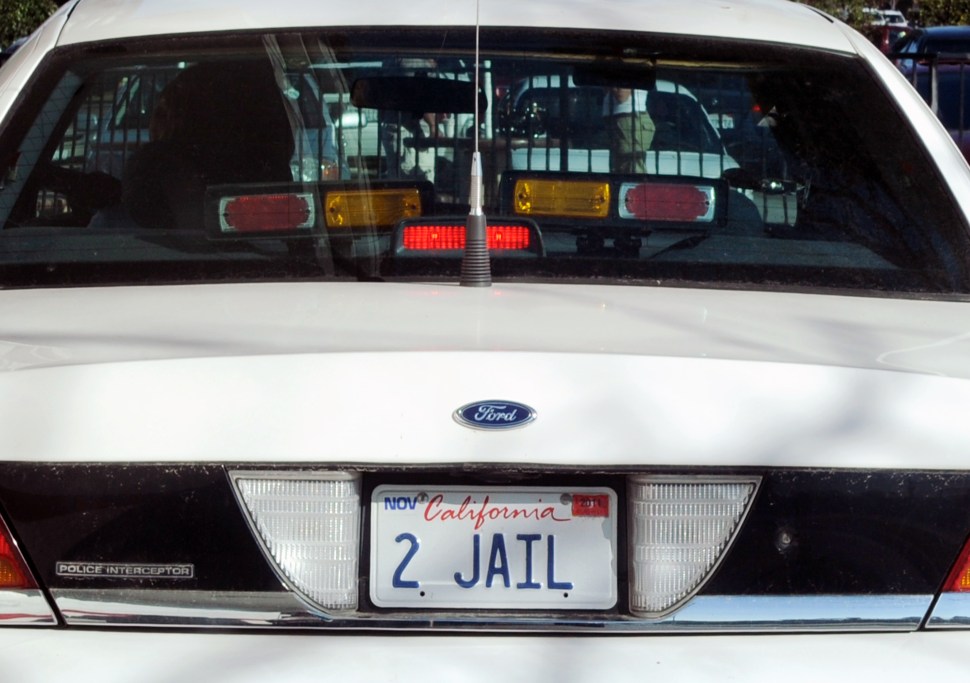 An unmarked police car with the novelty license plate “2 Jail” is parked at a fast food drive through in the town of Bakersfield, Central California on February 3, 2010. AFP PHOTO/Mark RALSTON (Photo: MARK RALSTON/AFP/Getty Images)

Multiple levels of law enforcement are tracking automobiles by photographing their license plates. And they’re sharing that data. Recent documents from the FBI, released to the American Civil Liberties Union, reveal that license plate surveillance is extensive, but there has been at least some Federal hand wringing about tracking drivers. Sort of. Kind of. Ish.

The newly revealed government records do suggest that the FBI’s Video Surveillance Unit (VSU) has a fleet of license plate readers that it lends to its local field offices. We have no information about the types of investigations carried out with this technology.

But the technology is so widespread that drivers should generally assume that someone is tracking them.

In March, the NYPD sought funding for access to Vigilant Solutions national database to help them look for fugitives that leave NYC. The department has been logging people’s movements around the city since 2007, according to The Daily News.

There must be a lot of cameras out there, everywhere, because, in March, police in Coral Springs, Fla., were able to apprehend a woman who ran into a parked car then fled once its owner told her that he was going to call the police. Local law enforcement were able to locate the woman using a photograph that the victim took of her car, despite the fact that the tag on the fleeing Audi was registered to a Honda owned by someone in New York. An officer from Coral Springs, Rich Best, explained how he used license plate recognition to catch her this way:

After logging in, I was pleasantly surprised to see the Texas license plate had been scanned on multiple occasions over the past four months in a nearby apartment complex. I verified the images and confirmed it was the same vehicle and same tag. Because of this data, we were able to locate the vehicle at the apartment complex within one hour of my arriving at the crash location.

The ACLU posted documents received from the FBI to their blog. Most of the parts that might reveal anything have been blocked out. For example, this excerpt reveals that at least some feds use smilies: 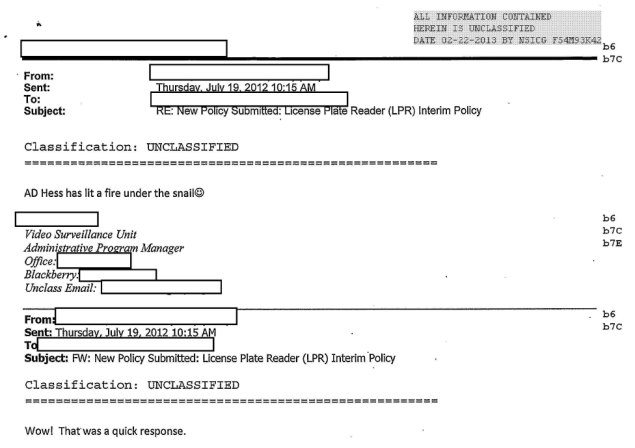 Screenshot from documents released to the ACLU from a May 2012 Department of Justice email exchange about license plate reader policy.

And it’s not only the FBI. DEA has an extensive database and it is actively encouraging local police to contribute their own data. 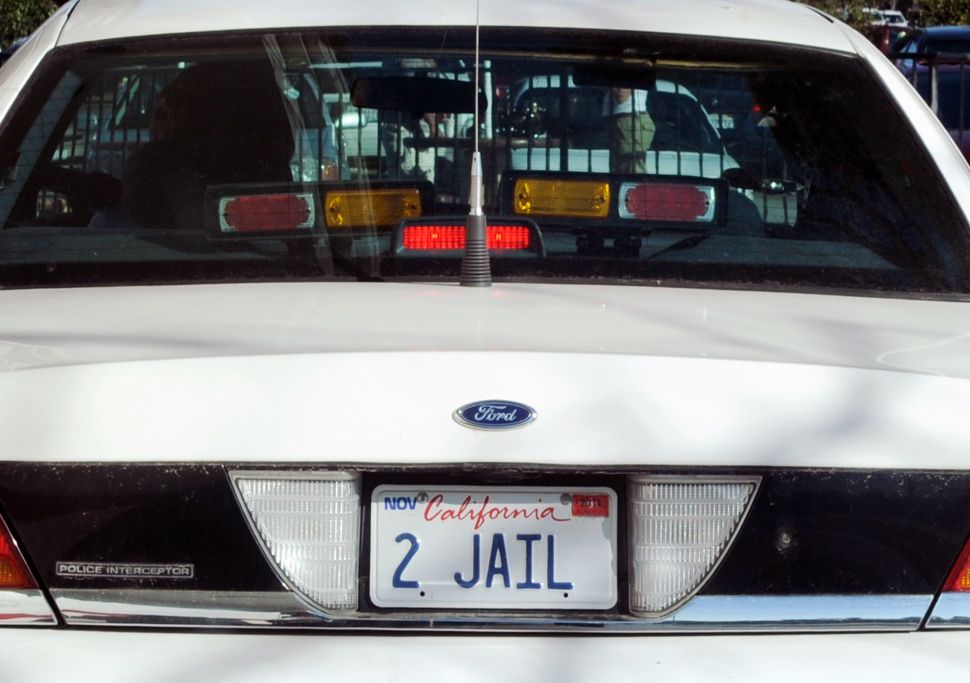